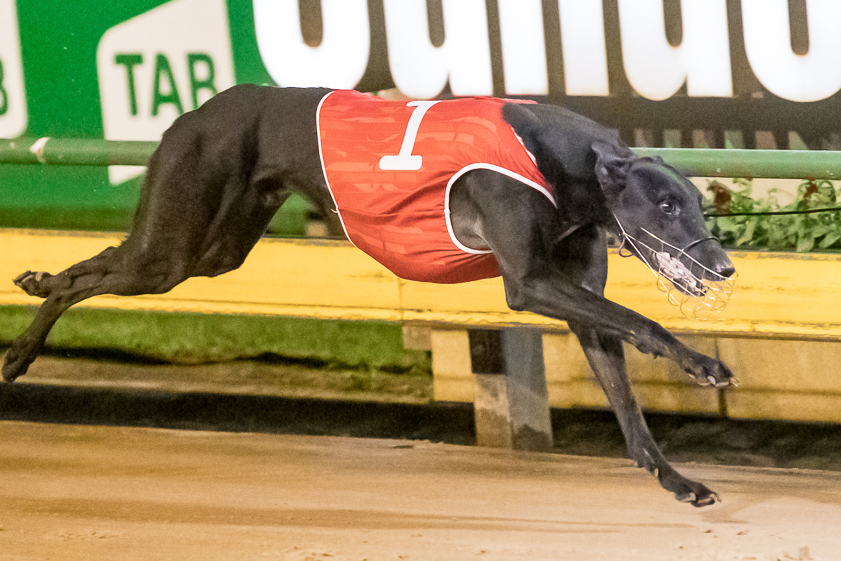 Brady’s Shout provided breeder Brian Brown (in partnership with Peter Bartlett) a great thrill as he upstaged more fancied rivals to claim the first city win of his career.

His form line was an unconventional one having been a last start winner over 350m at Healesville. He avoided some mid-race hustle and bustle then ran down What About It late to win by 1¾ lengths.

“There were others who could’ve won the race but he was fortunate to have box 1 and avoid the trouble. That run at Healesville we’re just a hit out, he’s better suited over this sort of ground,” explained Brown.

Although Brown doesn’t have ownership of the greyhound, being the breeder has given him an equal amount of joy and pride.

“I’m delighted, it’s a great thrill. I don’t have ownership of him anymore, but I still feel so pleased.

“We know having greyhounds is an around the clock gig, making up feeds, making up beds and even picking up poo – moments like this make it all worth it.

“There are three from the litter racing here tonight. The litter has just turned 2-years-old and already won around $70,000 in prize money.”

The mother of the litter, Shout Out Loud, was a handy racer herself and now spends her days on the couch at Brown’s Axedale home.

“Mum is on the couch at home with her feet up in the air.”

Brady’s Shout is trained by Vivianne Giles who was a saviour for Brown when he spent some time away from the sport.

“While that was happening they were kind enough to take my greyhounds. Viv and Pete whelped the litter for me, they picked one out and he was the one.”

Later in the night star sprinter Black Opium bounced back to her best and sent an ominous warning to those targeting Thursday’s Sapphire Crown heats.