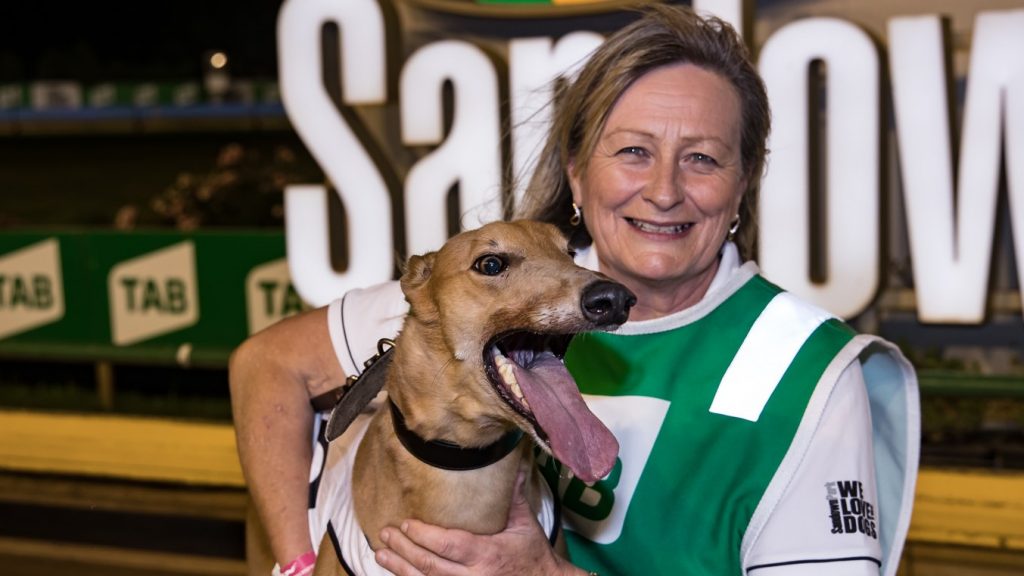 The $2.60 favourite speared straight to the front from box 2 and was never headed to record a 2¼ lengths in 29.67, a time all the more impressive given the track renovations earlier in the week. Still two months shy of her second birthday, it was Zipping Zarbo’s fifth win from just six career starts.

“I’ve got to be careful now,” said Coleman, acknowledging the 1-6 win conditions of the Launching Pad.

“She’ll have a go at it. (Part owner) Cam Hallinan has already bought a ticket for it.”

The Launching Pad is Australia’s only sweepstakes event, with connections required to purchase one of 64 slots at $2000 per slot. The three week series carries $420,000 in prize money with the overall winner pocketing $150,000.

Zipping Zarbo also brought up a winning double for Coleman following Zipping Magda’s victory two races prior (pictured above). It continued her sensational month of February, the Lara trainer now boasts a phenomenal 14-5-2 record from 23 starters this month.

Coleman’s partner Robert Camilleri will be hoping her winning run can rub off on Saturday night at The Meadows when their kennel stars Rajasthan and Slingshot Hammer line up in the group 1 Rookie Rebel and Temlee respectively.

Paw note: Between her wins at Sandown Park, Deborah’s daughter Kayla won the top grade race at Dapto with Dissociative.