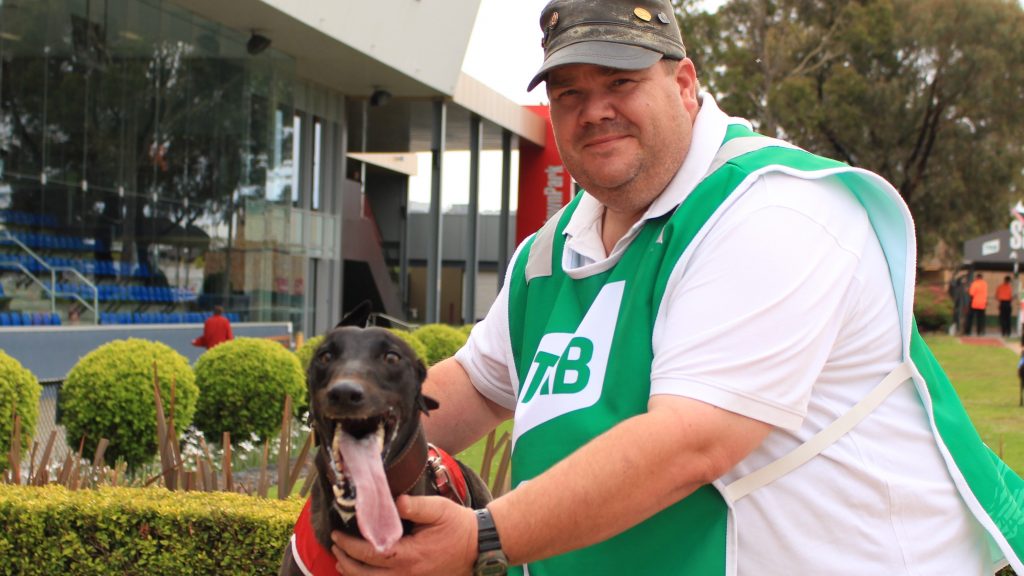 
Trainer Daniel Pell is hoping his improving sprinter Desiree Devere can cause an upset and give him his first group race success in Thursday night’s group 2 Laurels.

Despite conceding both age and experience to her rivals in the final of the $71,000 classic, Desiree Devere’s emergence as a group race contender is a triumph Pell who, with his mother Beverely, own and bred the rising two year old.

But it also came as little surprise to the connections, with Desiree Devere showing above average ability from an early age leading them to use a race name they had been holding on to for some time.

“I had her (Desiree Devere) grandmother, I bought her as a pup,” said Pell.

“We are big fans of the show Little Britain so we started naming pups after characters from the show. The character Desiree Devere was introduced to the show later on and it was the last name we had so we wanted to save it until we found a good one.”

The decision to use the name on the daughter of Over Limit and Carol Beer (also a Little Britain character) may prove to be a shrewd one.

At just her sixth career start, Desiree Devere speared the lids to lead all of the way and win her heat in an impressive 29.52, a time that exceeded Pell’s expectations.

“She went good. She’d only won her maiden before the heats but she’s always shown ability,” said Pell.

The Laurels will be Pell’s fourth appearance in a group final and has received plenty of support and well wishes from friends and family following Sunday’s win. However he is circumspect about his chances in the final after drawing box 6.

“I would have rather the red like everyone else in the race, but we’re there so gives us a one in 8 chance I guess.

“With every run she just keeps finding a little bit. She’s not two yet so hopefully she still has a little bit more up her sleeve, she’s going to have to in this field.

“But I don’t think she’s at her best yet – if she can jag a minor place I’d be over moon.”

Favourite to take out the $50,000 winners cheque is Oakvale Beauty. Trained by Jeff Britton, Oakvale Beauty was unlucky in the TAB Melbourne Cup when fourth beaten just over a length behind Whiskey Riot. She recorded the fastest heat win (29.33) on Sunday and consolidated her favourite status when drawing box 1 for the final, from which she is undefeated in 7 career starts.

The Laurels is one of Sandown’s longest running feature races. First run in 1964, the Laurels is restricted to female greyhounds 30 months of age or less and has been won by some of the sport’s greatest females including Cheltenham Lass, Winifred Bale, Sandi’s Me Mum, Paua To Burn and Up Hill Jill.

Desiree Devere charges into the group 2 Laurels
< Previous
Next >