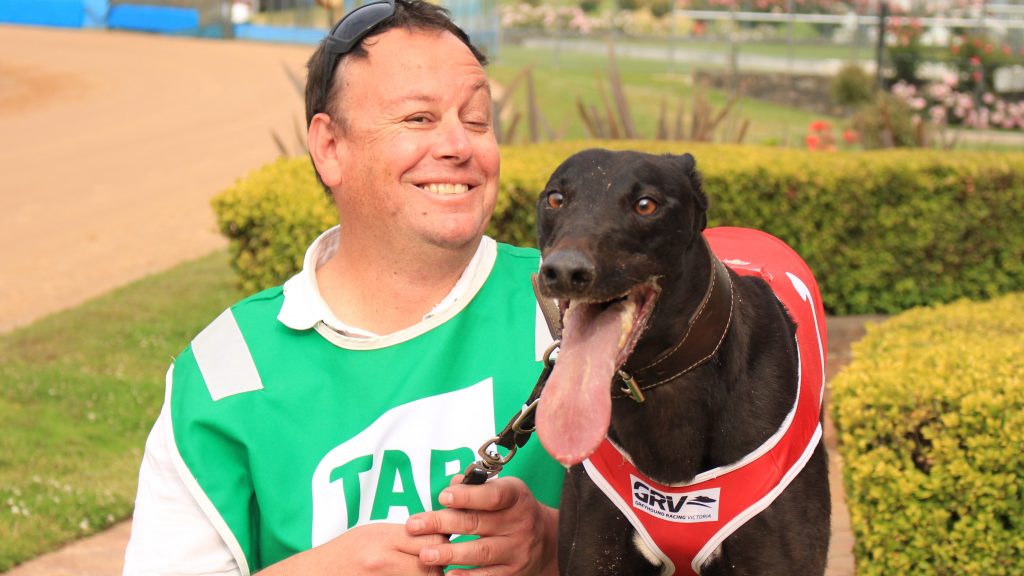 Oakvale Beauty the one to beat in Laurels

Sent to the boxes a $1.04 favourite, the Jeff Britton trained sprinter began modestly from the inside draw before railing strongly and showing the scintillating turn of foot that has made her one of the most exciting young females in the country. She opened a big gap to the field down the back straight and extended that margin to almost nine lengths at the line, stopping the clock at 29.33, the fastest time of the day.

Oakvale Beauty was the unlucky runner in the recent TAB Melbourne Cup, finishing fourth just over a length from winner Whiskey Riot.

“Her main aim was this one, the Melbourne Cup was just a bonus,” said handler Jason Ireland.

“She was unlucky in the Melbourne Cup, she could have won it if she had of got through at the last corner. She won the Oaks in South Australia too, she’s just high quality.”

Origami Angel, trained by Jeff Britton’s partner Angela Langton, was equally impressive. Also jumping from box 1 – five heat winners wore the red vest – Origami Angel began cleanly to take a trail behind Swift Currency as she carved out a stunning 4.95 second first split. But Orignami Angel proved too strong in the run to the line sweeping to the lead as they turned for home to win by 2½ lengths in 29.34.

Next quickest heat winner was Hardaway Winnie. Just a week after arriving in Paul Bartolo’s kennel, Hardaway Winnie led all of the way to score in 29.36.

“The owners wanted to go to the Laurels and Max Auld didn’t want to travel so they gave it to me. I thought why not?” said Bartolo.

“The time surprised me. They told me she had ability but I didn’t know too much about her. I just wanted her to get to know me, I’ve been working with her every day, walking her at the You Yangs.”

The youngest runner in the final is Desiree Devere. Still three weeks from her second birthday, the Daniel Pell trained sprinter will have just her seventh career start when she lines up in Thursday night’s group 2 final.

Having broken her maiden status just two starts ago, Pell was delighted in the rapid improvement shown by the daughter of Over Limit.

“She’s always shown ability,” he said after Desiree Devere won her heat in 29.52.

“With every run she just keeps finding. She’s not two yet so hopefully she still has a little bit more up her sleeve.”

Desiree Devere is the youngest of the Laurels finalists

The Laurels was first run in 1964 and is one of the club’s longest running feature races. It has been won by some of the sport’s greatest champions including Cheltenham Lass, Winifred Bale, Sandi’s Me Mum, Paua To Burn and Up Hill Jill. 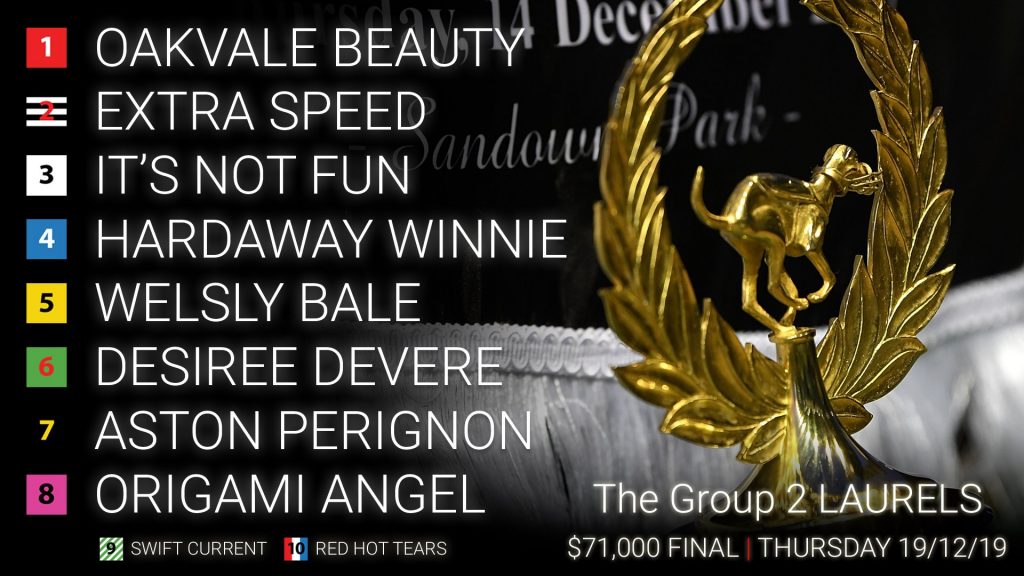