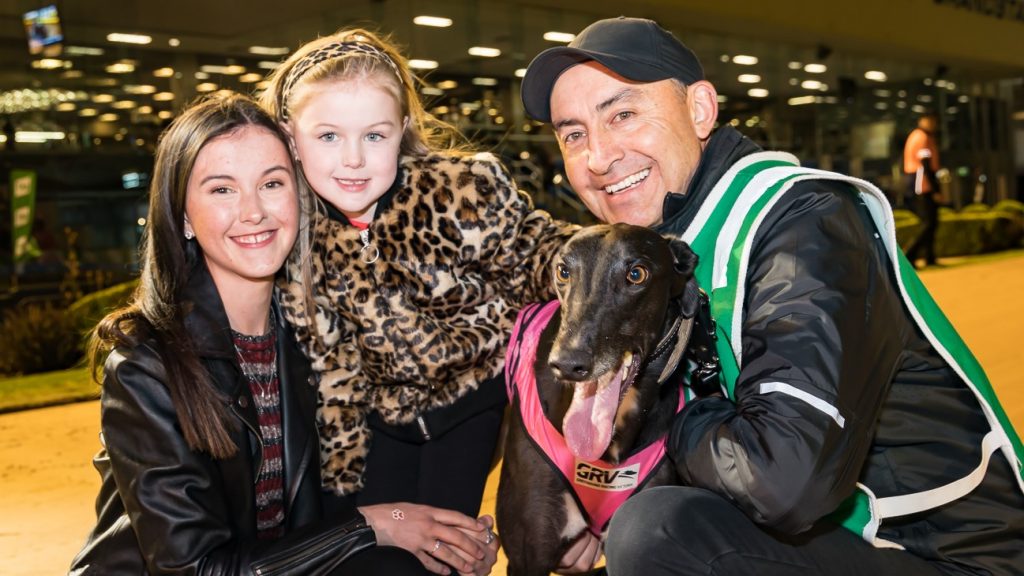 
Hooked On Scotch confirmed his standing as the fastest greyhound in the land with a stunning track record gallop in his heat of the TAB Melbourne Cup on Friday night.

Heavily backed from $2.40 into $1.70 with tab.com.au fixed odds, Hooked On Scotch began cleanly in his first career start from box 8 to sweep around the field through the first turn. From there he was never headed, extending the margin to 8 lengths at the line and establish a new time standard.

“He didn’t begin as good as we would have liked to see him begin, he’s only run 5.11 (to the first split). If you’re talking about what he can do, well he can run a length quicker,” he said.

“I just wanted to see him put on the show I knew he could do. The dog is a freak, I’ve said it for a long time that he’s a freak. I had faith in the dog that he could break the record and he’s done it, and done it in a night where it really counts, on Cup heats night and I couldn’t be more proud of the dog.”

From just 15 career starts Hooked On Scotch already has 10 wins – including seven in the best time of the night – with four group race titles and over $205,000 in prizemoney. Still a month shy of his second birthday, Hooked On Scotch will become the youngest winner of the TAB Melbourne Cup since Kantarn Bale claimed the 1999 edition of the race if successful next Friday night.

Recent arrival in the kennel Flynn gives Thompson two chances to win a record fourth TAB Melbourne Cup after he won the following heat in 29.26.

The box draw for the 2019 TAB Melbourne Cup will be held on The Thrill Of The Chase on 7mate from 10am on Sunday.

“There was no gap for himrn but he just barged his way through. It just shows how well he’s going, he’s going super. I couldn’t be happier!” – Anthony Azzopardi

“He’s done an enormous job to win tonight. He’ll be better next week and hopefully he gets a clearer run. He’s done the job, he’s a good boy,” Tom Dailly

“He’s only going to get better as he gets around this track,” Harry Manolitsis

“If drew the red she’ll be a chance, but there some good dogs in there,” James Shaw

“He didn’t begin as well as we’d have liked. I just wanted to see him put on the show that I knew he could do,” Jason Thompson

“He’s a very special dog and a huge thrill to get to the Cup,” Seona Thompson

“He got turned sideways at the start, but then to punch up underneath a good dog it was a real good run,” Glenn Rounds

Four heats of the Bold Trease for the stayers were also run with Boom Down running the fastest time of the night, stopping the clock in 41.63. Other heat winners included Tornado Tears (42.097), Blue Moon Rising (41.786) and Blazing Cartier (41.682).