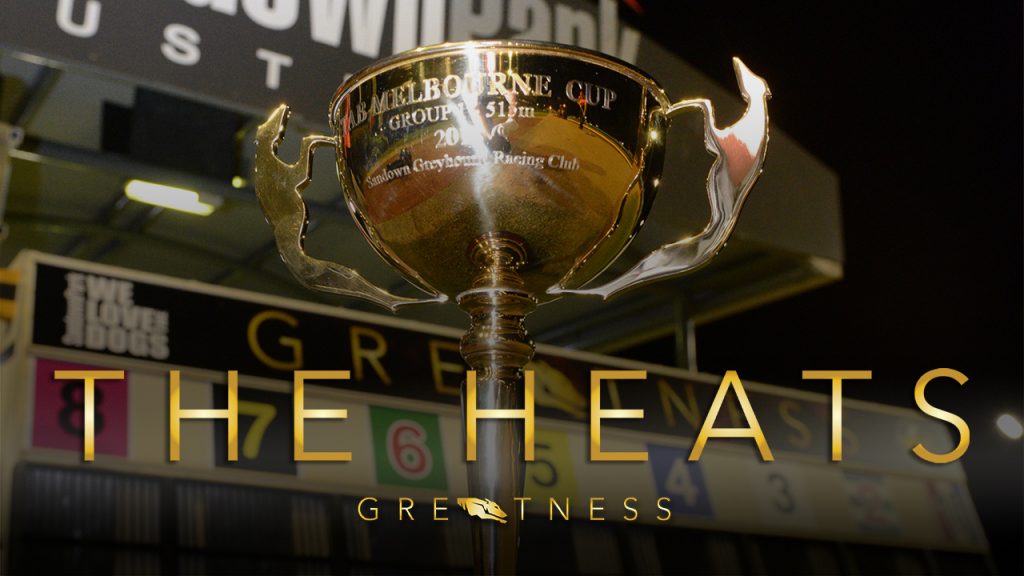 
The 2019 TAB Melbourne Cup is shaping as one of the strongest ever following the release of the heats this afternoon.

Widely regarded the best night of greyhound racing of the year, the TAB Melbourne Cup heats bring together the biggest names in the sport vying for a berth in the final of the world’s greatest greyhound race.

Highlighting the quality of the fields, the 64 contenders have combined for 721 race wins (358 of which at city level) and over $7.3m in prize money. Among them are seven group 1 winners as well as the top seeded greyhound TAB Million Dollar Chase winner Good Odds Harada, who will become the highest prize money earner in the sport history if he can win the final.

Here’s a look at some of the key contenders in each heat:

Heat 2 (race 2)
The country’s most popular chaser Feral Franky (5) boasts the fastest time recorded outside of a match at Sandown Park this year but will have to overcome the squeeze box, as well the likes of Cranbourne Classic winner Weblec Ace (7).

Heat 4 (race 6)
Good Odds Harada (8) meets outstanding youngster Who Told Stevie (5) while Goulburn Cup winner Emerald Rainbow (3) will give them something to chase.

Heat 5 (race 7)
With four group race wins from his first 14 career starts, Hooked On Scotch (8) will need to be at his brilliant best after drawing box 8 for the first time in his career. Five time group race finalists Curt Lee (7) and Lucy’s Milo (3) will be looking to upstage the greyhound widely regarded the fastest greyhound in the land.

Heat 6 (race 8)
Sennachie (8) and Flynn (1) bookend a field that is worthy of a group final in its own right in what promises to be a tantalising conclusion to the quaddie.

Heat 8 (race 12)
Barooga Brett (6), who won the group 3 Cup Night sprint 12 months ago, meets an even field including group 1 Peter Mosman Opal winner Start A Riot (8) and the least experienced runner in the series, Mepunga Wonder (4).

The winner of each TAB Melbourne Cup heat will progress to the $630,000 group 1 final on Friday 29 November.

Rounding out card are four heats of the $150,000 group 1 Bold Trease for the stayers, featuring four time group 1 winner Tornado Tears, his brother Rippin’ Sam who is making his first appearance on a race track in three months, Topgun Stayers winner Blue Moon Rising, and the pre-nominations favourite Ella Enchanted.

For more information about the TAB Melbourne Cup, visit www.tabmelbournecup.com.au.