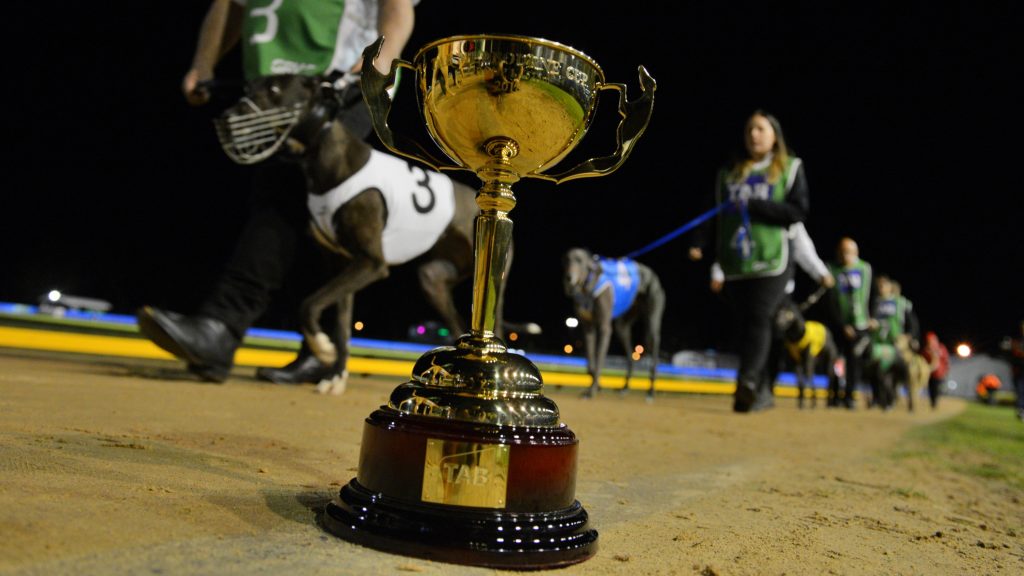 TAB Melbourne Cup Prelude Series 4 is outstanding with the sport’s stars set to round out their preparations for the world’s greatest race.

It is the last chance for greyhounds to qualify for the series – as well as a terrific teaser as to what we can expect in next Friday’s heats.

The opening Prelude of Series 4 features Flynn who hasn’t raced at Sandown Park since he ran 4th in the Harrison-Dawson final back in May. It will also be his first start under his new trainer Jason Thompson.

We then see a return to top class racing from Group 1 winner in Hasten Slowly. He returned to racing last Friday night (after six months off the track) with a cracking win at Geelong. In a heat of last year’s Cup he was runner-up to My Redeemer (eventual winner).

His task won’t be easy, drawn unfavourably out wide and up against boom pup Simon Told Helen who has shown electric speed at The Meadows of late.

It’s very interesting to see Shima Shine lining up in the following Prelude. He is already a Prelude winner two weeks ago in sensational fashion. It seems to be Team Dailly’s cherry on top of his preparation.

The explosive Curt Lee heads Prelude 15 and meets McKenna Memorial winner Often Imitated who has been off the scene for three months.

Speaking of explosive, Who Told Stevie ventures back to Sandown Park after he was the most impressive performer of Series 3 with a stunning 29.14 effort. Just like Shima Shine, it’s interesting that connections have opted to compete in another Prelude.

He meets the 2018 Cup runner-up in Black Opium who amazingly is still on the hunt to claim the first feature race win of her career.

Prelude 17 is the most open however if recent form is go to by then Oakvale Beauty is a serious chance. She was awesome when she won on Sunday, a strong run-home time of 10.46 the highlight.

One of the strongest fields of the night rounds out TAB Melbourne Cup Preludes for 2019. It’s made up of Seal The Deal, Pindari Express, Good Odds Buddy and Weblec Ace – you could almost highlight the whole field.

Prelude Series 3 was memorable and this one looks like it will trump it. As always there will be a lot of news generated during the night, be across it by following @sandowndogs.

The night is also highlighted by the Shootout which will see Speed Star winner Hooked On Scotch start favourite.

For all TAB Melbourne Cup information head to TABMelbourneCup.com.au

Who Told Stevie (3) the fastest winner of Prelude Series 3