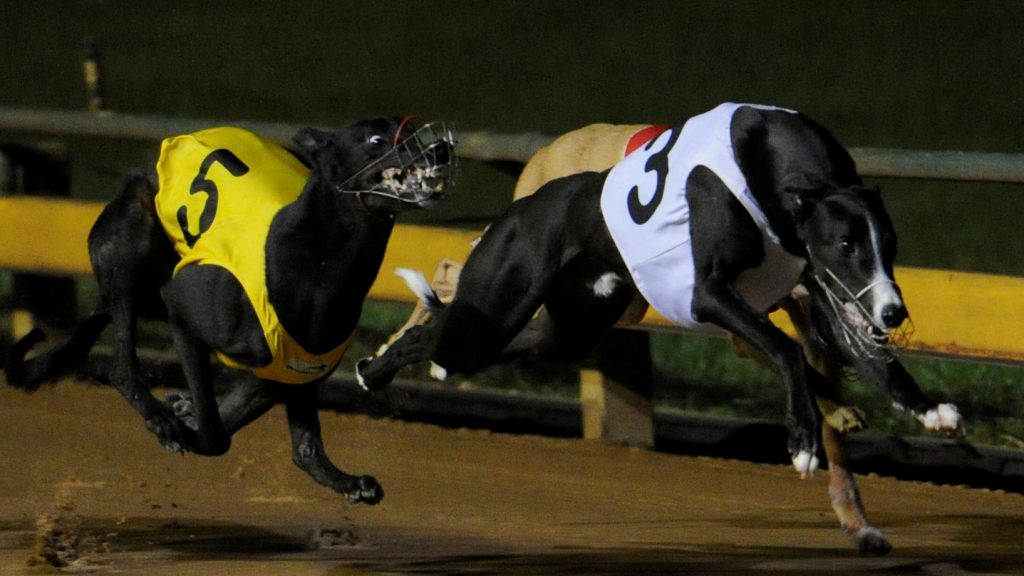 
There is only one criteria for a Shootout runner – they have to be fast.

Very fast in fact. Among the fastest in the country.

Specific conditions for the race has been tweaked over the years. Prize money has gone up and down and entry fees come and gone, but one thing has remained the same – the four dog field showcases the very fastest canine athletes in the land.

Since the current surface and starting boxes were installed at Sandown Park in 2010, the average winning time in the Shootout is 29.19. The average winning time for TAB Melbourne Cup winners over the same period is 29.36. In fact, Dyna Double One is the only TAB Melbourne Cup winner that ran a faster time than the Shootout winner that year (he was beaten by half a length by Kayda Shae in that Shootout).

That’s how fast your have to be to be a Shootout contender, faster than a Melbourne Cup winner!

With 21 editions of this ground breaking race in the books, this column has appointed itself the task of coming up with the ultimate Shootout field. Sure, it’s hard to compare greyhounds from different eras and many don’t like making those comparisons. But where’s the fun in that!

So who makes the ultimate Shootout field?

We’re only considering Shootout winners for this field (check out the honour roll below) – if a greyhound didn’t win a Shootout it can’t make the ultimate Shootout field can it? The quality of greyhounds that missed selection simply shows the quality of the race over its history.

And so, charged with the self-appointed task of selecting the ultimate Shootout field, here in alphabetical order is the top four.

BEKIM BALE
2011 winner
Bekim Bale won his maiden in 29.37 but lost the maiden final to his litter brother Heston Bale in a then track record 29.14. That record didn’t last long – at his next start he ran 28.96 to become the first greyhound to break 29 seconds at headquarters. That booked his place in the Shootout which he promptly won in a then race record 29.13 by eight lengths.

BOND
2005 winner
The son of Brett Lee was a controversial selection in the 2005 Shootout. All 16 of his previous starts had been in NSW and none at group level. But a spot in the Shootout isn’t a reward for group performances – it’s for fast dogs. And he showed he was as fast as they come, running 29.38 to break the track record on his Sandown Park debut. On that alone, he gets a rug in this field.

XYLIA ALLEN
2012 winner
Amazingly, she’s the only one female to win the Shootout and she holds the race record of 29.07. That in itself is enough to have her in this field, the fact she made 25 group finals, winning 8 and over all three metro distances says she should be in the Hall Of Fame.

Bekim Bale. His race record (and track record) may have been broken since but he was the perfect Shootout dog and the winner of this ultimate Shootout field.

Did we get it right? Let us know your thoughts at @sandowndogs.