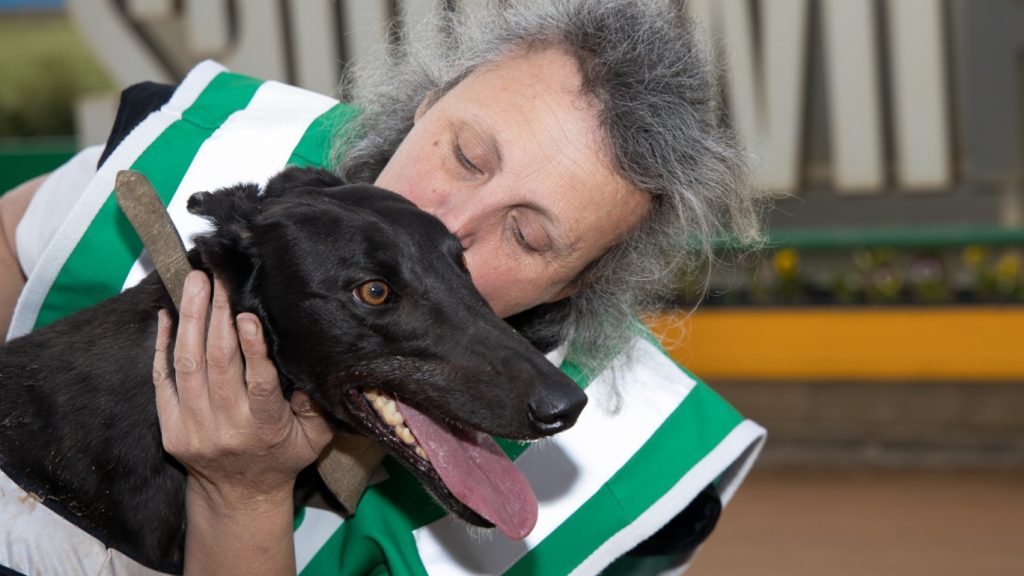 After almost two decades in the sport Cassandra Barnard snared her first ‘Sandown win’ last night – at odds of $101!

It was courtesy of Miss Zok Dee who led from go-to-whoa stunning punters in the penultimate race on the card. She closed at $101 in the fixed odds market and $108.60 on the Victorian tote.

“I’ve been in the industry for 19 years. I’ve worked for other people, helping them and I’ve been lucky enough to be a part of their wins. I’ve learnt from trainers like Pat and Carl Haas, as well as the David Curtains of the industry. Now I’ve got my first win at Sandown, it’s not at city level, but still, a win’s a win! And it’s such a thrill,” expressed Barnard post-race.

She said the moment is one of the best she has experienced in the sport. But the question that looms is did she have anything on Miss Zok Dee at the sky high odds?

“We had only a few bucks each way, just in case. This will help pay the food bill, the vet bill and all the other bills.”

For a lot of racing greyhounds a treat from McDonald’s on the way home is common and this case was no exception.

“For her, it’s a double cheeseburger with bacon and a soft serve, and anything else she desires on the way home.”

“I’ll be speaking with him on the way home. He transports race horses, so he’s been busy this week. But well done Pete, team work!”

In the race prior ‘the freight train’ Pindari Express put the cherry on top of his TAB Melbourne Cup preparations with a hard earned win. We will see him back at Sandown Park on Thursday November 14 in the final series of TAB Melbourne Cup Preldues, or in the Shootout.

His trainer Tracey Scruse said that her primary nomination will be for the Shootout, however she was doubtful of his chances of gaining a start. Nominations for the four-dog spectacular close at 11am on Monday.