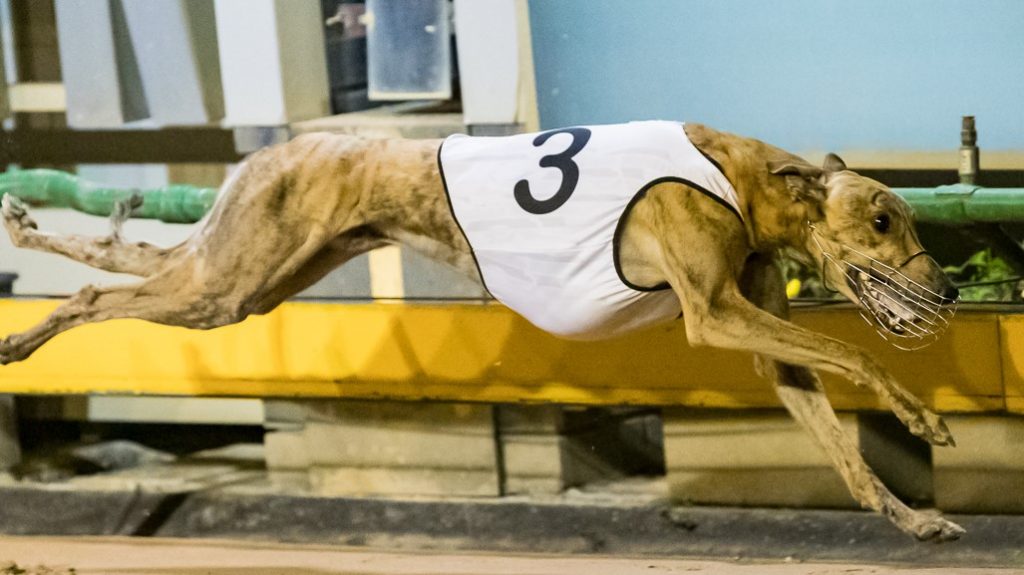 ‘The Feral’ flies in FFA romp

Australia’s most popular greyhound Feral Franky showed he’s also one of the country’s fastest with a stunning victory at Sandown Park tonight.

In one of the most eagerly anticipated contests of the year, ‘The Feral’ drew alongside Speed Star winner Hooked On Scotch in what promised to be an enthralling contest between two of the sport’s brightest stars. However both greyhounds were upstaged in the early running as the unheralded $71 chance Charlie Cockatoo lead the field past the post the first time.

Feral Franky mustered quickly through the first turn to rail strongly and assume the lead down the back straight before carving out a stunning middle sectional to set up a race winning lead. That lead extended with every stride in the run to the line, the final margin 8 lengths as he stopped the clock in a brilliant 29.075. The time was the fastest recorded in a full field in almost 12 months.

“I think tonight is about the best he’s begun here. These are the best conditions he’s had and he nailed the start, so that was his A-game.”

Following is win, Feral Frankie firmed from $14 into $9 in the TAB Melbourne Cup market.

Hooked On Scotch lost no admirers as he charged home to claim second place after suffering considerable interference throughout the run. Trainer Jason Thompson confirmed the $25,000 winner-takes-all Shootout as the next target for his three-time group race winner before taking his place in the TAB Melbourne Cup heats.

“He ran second but it’s probably as good as any of the wins he’s had,” he said.

“I was just so proud of the way he chased and that he never gave up. He was probably entitled to give up when he got checked just past the 600 boxes but he picked himself up and finished second.

“He’s still inexperienced with racing and I think what he had tonight will hold him in good stead for the Shootout and more so the Melbourne Cup.”

Fast times were the theme of the night with a number of brilliant youngsters capitalising on the perfect conditions in TAB Melbourne Cup Preludes series 3. Among them, outstanding pup Who Told Stevie took the time honours running 29.14 at just his eighth career start. Shima Shine ran 29.20, Sweet As Emm 29.25, Mepunga Maggie 29.26 and Leon Bale 29.43.

The impressive nature of each Prelude win had a big impact on the TAB Melbourne Cup market, with a number of significant moves following their respective races.

Each Prelude winner is exempt into the TAB Melbourne Cup heats on Friday 22 November, with the final of the world’s greatest greyhound race to be run on Friday 29 November.

For more information about the TAB Melbourne Cup, visit www.tabmelbournecup.com.au.

Feral Franky storms to a stunning victory in 29.075