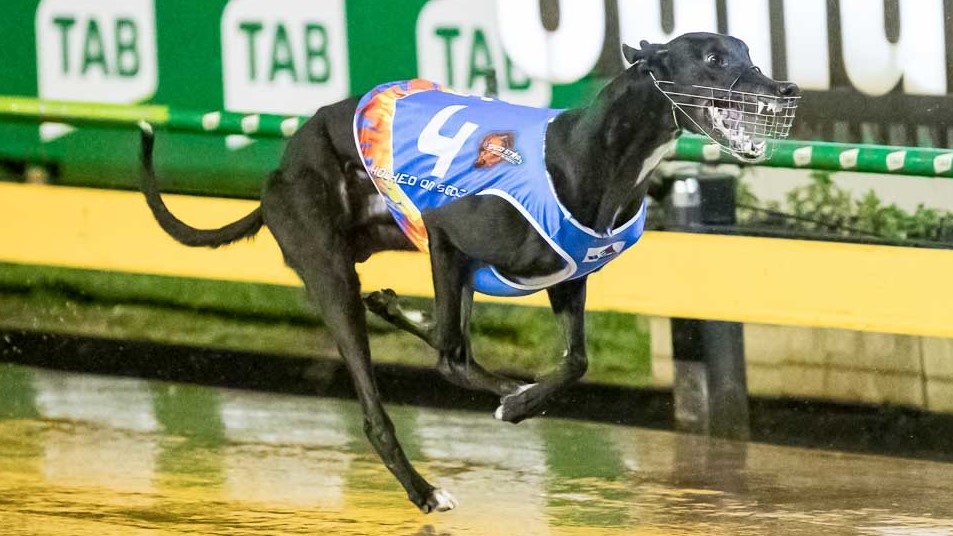 
Australia’s fastest greyhound will meet the country’s most popular greyhound in one of the most exciting nights of greyhound racing of 2019.

UPDATE: TAB has opened a special Hooked On Scotch Head-To-Head market, as well as a race 8 winning time market

Hooked On Scotch enters Thursday night’s Free For All on the back of six consecutive victories including the Speed Star, Adelaide and Geelong Cups, establishing himself as the county’s fastest and most exciting greyhound in process.

Feral Franky followed up his crowd pleasing victory on Million Dollar Chase night with a stunning exhibition gallop at Dubbo last Friday night where he eclpised the track record.

As group 1 winners, both greyhounds have already earned an exemption into the TAB Melbourne Cup heats and will use the run on Thursday as a final tune up before their next feature race assignment. Hooked On Scotch will head towards the Shootout at Sandown Park on 14 November, Feral Franky to the Topgun at the Meadows on Saturday 9 November. Both will then return for the TAB Melbourne Cup heats on 22 November.

The third TAB Melbourne Cup Prelude series will also be run on Thursday night, the winner of each punching their ticket to the heats of the TAB Melbourne Cup. Notable runners in the Preludes include Steinbrenner and Fernando’s Riot (Prelude 7), Get It Gizmo and Campini (Prelude 8), Shima Shine and Waging War (Prelude 9), Who Told Stevie and Jaro Bale (Prelude 10), and Sweet As Emm and Weblec Ace (Prelude 11).

The first race on Thursday night will jump at 7.04pm. Entry is free.

Hooked On Scotch powers through the rain to win the Speed Star in 29.11 “The Feral” wins his Bill Collins Speed Star match in 29.20