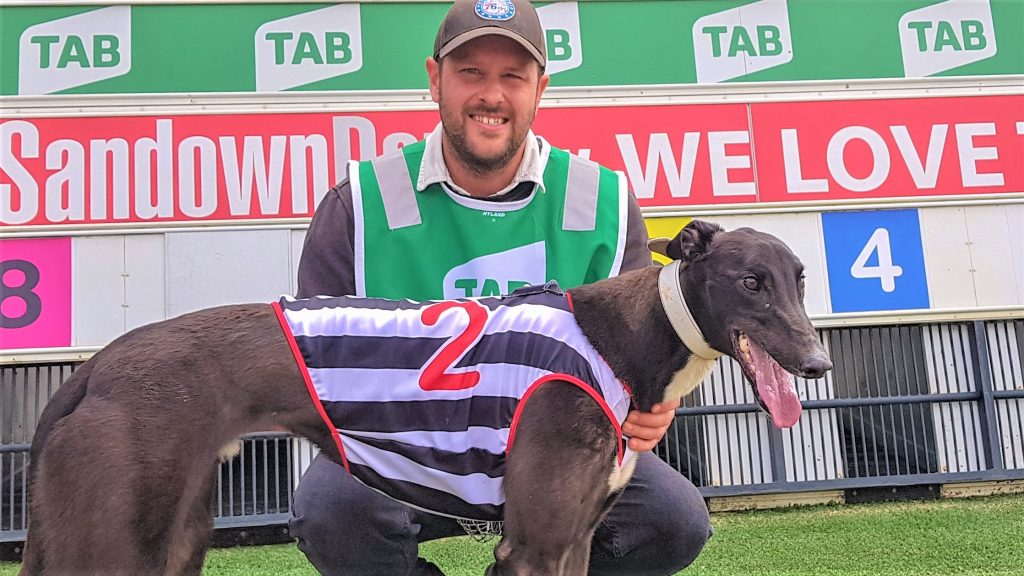 
Braden Finn continued his recent run of success when the superbly bred More Deductions won on debut at Sandown Park this afternoon.

By super sire Fernando Bale and out of champion stayer Sweet It Is, More Deductions began poorly but quickly accelerated, taking a split between runners through the first turn before assuming the lead down the back straight and powering to a 2½ length victory in 29.79.

“It was a good win,” said a relieved Finn following the run.

“It was his first 500 so it was good to see him come from behind like that. We’re rapt.”

Finn enjoyed a memorable run with dual Sandown Cup winner Sweet It Is, who retired in 2015 a four time group 1 winner with over $944,000 in prize money to her name. More Deductions is a product of her third litter which understandably attracted considerable interest when they were whelped.

“Dad sold a few of them when they were born and old ended up only keeping this one. It looks like he’ll be alright, so touch wood with a bit of luck he’ll in a few more races.

“He’s obviously very well bred, his mum and dad won about $2m between them so if he can win one hundredth of that I’d be happy.”

“I’ve got pretty lucky, I haven’t got many in work so to get five in a row is pretty good. I get some pretty good help at home too, Mat Hovey does a great job so it’s good to have a bit of success.”

More Deductions will next line up in the maiden final at Sandown Park on Thursday night. He’ll jump from box 6, one box inside the aptly named Special Talent which set the time standard in the heats, clocking a slick 29.59 in the opening race.

The superbly bred More Deductions wins on debut in 29.79
< Previous
Next >