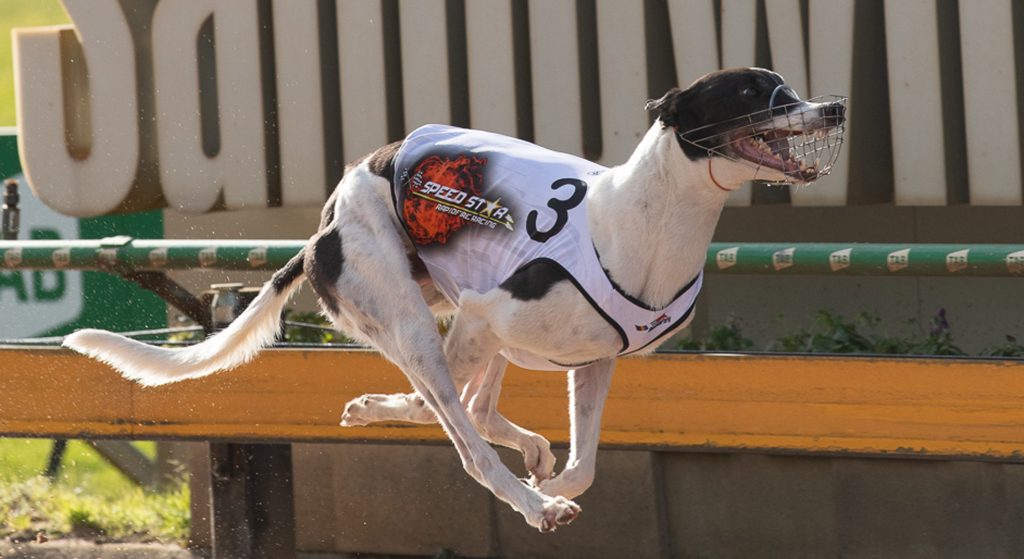 
Tornado Tears moved straight to the top of the Speed Star Stayers standings following his scintillating 41.345 trial between races this afternoon.

In his first race track appearance since running second in the group 1 Crocmedia National Distance Championship,Tornado Tears comfortably beat Blue Shadows previous benchmark of 41.686 to take top spot on the leaderboard and will certainly start the short favourite for the match race series on Sunday 15 September.

“I thought the track was off a length or two today so I was very happy with the time,” said handler Peter Riley.

“He’ll have tomorrow off like they always do after a run, he might have a 600m trial in between but he’s fit and he’s ready to go.”

Tornado Tears has twice won Speed Stars over 595m, but this was his first solo trial over the 715m distance. His gallop was the eighth fastest time ever recorded over the 715m trip and the fastest ever Speed Star qualification trial, easily eclipsing Embye’s previous record of 41.565. While the gallop was approximately two lengths off his personal best over the trip (41.204 – the second fastest ever behind Miata’s 41.170 track record), it did help to highlight his dominance over the Sandown ‘half-mile’ with the Robert Britton trained champion now owning six of the 13 fastest times run over the distance.

Tornado Tears runs the arm off the clock

Western Australian sprinter Campini was the only greyhound to trial over 515m, the three time group race finalist running 29.442 in his first look at Sandown Park, moving into 26th place in the standings.

Handler Maddi Toner was happy enough with his run, and left open the option of trialling again on the final qualification day on Sunday 8 September.

“I thought he ran pretty decent considering it was his first look at the track,” she said.

“We’ll have to see what Paul wants to do but we might go again.”