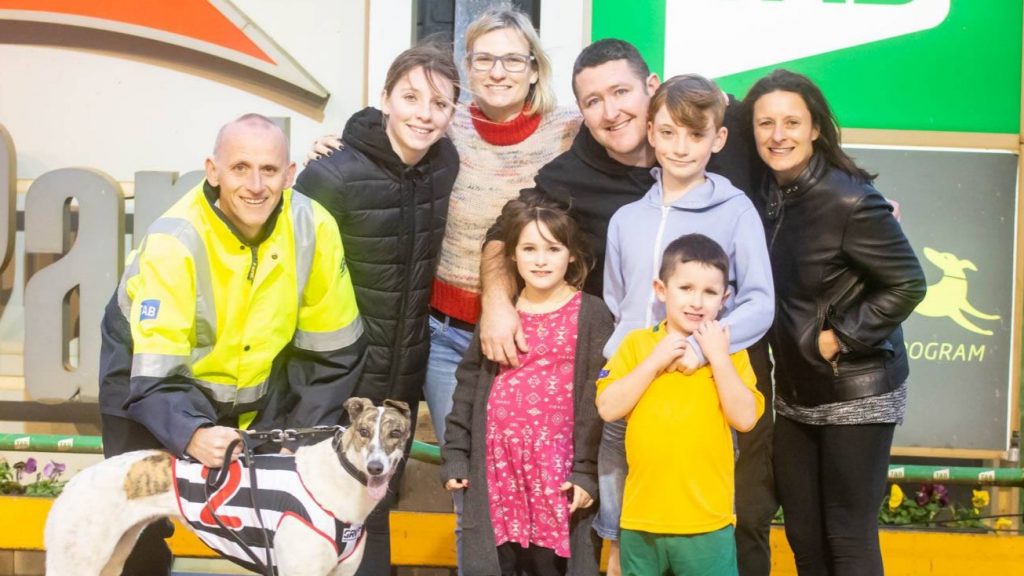 Luck of the Irish for Smullen

Irishman Stephen Smullen and his team were going bananas yesterday as their first greyhound Lady Bang Bang chalked up their maiden win at Sandown Park.

Smullen’s training career spans just over 12 months. He moved from Ireland to Australia in 2003 and while greyhounds were an interest of his, he never thought that he would one day become an owner, let alone trainer.

“I was backpacking and wanted to get out of Ireland. I met my wife in Australia and she came back and lived with me in Ireland for a couple of years while I became a fitter and turner. Then back over (to Australia), got married over here and lived,” explained Smullen.

“I sort of fell into it. I’ve always came to the greyhounds, always liked it but I never imagined I’d actually ever own and train one.

“One of our next door neighbours knew Chris Johannsen and Matthew Clark, they were the breeders (of Lady Bang Bang) and that’s why we bought her. We were just literally going to be owners, not trainers. After three starts her previous trainer said she’s better suited elsewhere and, well, we thought we’d have a crack.

“I train humans, I’m a personal trainer as well, so I said I’ll have a go at training a greyhound. We brought her home, she lives in the cubby house and has a great life with the kids.”

He shares duties out of his Aspendale residential property with next door neighbour and good friend, Andrew Broadley.

“She gets walked every morning by my wife and he’ll (Andrew) walk her in the evenings.

“She loves playing with the kids, she’s a pet to us. She spends time with our little Jack Russell and Irish Terrier, they just hang out in the garden together.

“She has a great life and it just proves if the dogs are fit and happy they can produce their best.

“We feed her well, she gets lots of exercise and gets plenty of mental stimulation with the kids.”

With the thrill and enjoyment that has come from their short training career, the pair have ambitions to one day upscale their racing team.

“We want to get more but it’s convincing the women!” he laughed.

“Really, where we’re living now, we could maybe get one more each.

“For the moment it’s just a hobby that we’ve got, a hobby that we’re really enjoying. I’ve always said when the kids leave home we could expand and maybe move to a bigger block.”

Lady Bang Bang is next engaged at Sandown Park on Thursday night where she will meet strong opposition, none stronger than the highly promising Midnight Dare.