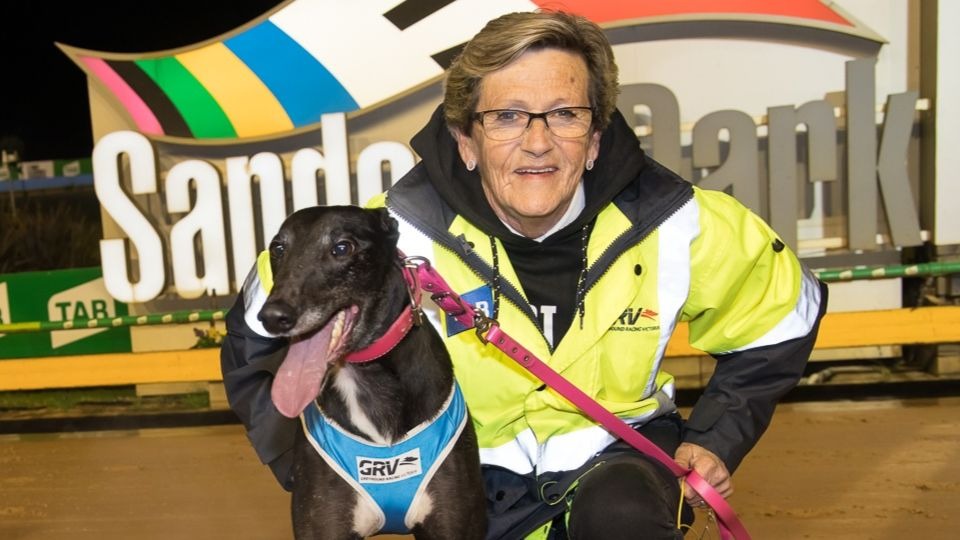 Often Imitated due for a change of luck


Jackie Greenough is hoping for a change of luck when Often Imitated takes her place in tonight’s group 2 McKenna Memorial.

The talented daughter of KC And All and Sweet It Is was nabbed on the line by Dyna Chancer in her heat last Thursday night and is rated a $9 chance with tab.com.au to claim the $55,000 final after coming with has come up with box 6.

“You take what you’re given. Hopefully she can come out OK and find her way to the lead because I think she’s going to have to lead,” she told RSN’s Racing Pulse.

“There’s a lot of speed in the race so basically we’ll put her in and have our fingers crossed.”

A winner of 12 of her 24 career starts, Often Imitated is no stranger to the group race scene having raced in top grade for most of her career. The McKenna Memorial her third group final and the 10th black type series she has contested with a combination of bad box draws, illness and an untimely seasonal spell combining to keep her off feature race honour rolls.

She will need to be at her best in what is shaping as one of the great editions of the race now in its 10th renewal over the 595m distance.

Neo Cleo is the tab.com.au favourite after drawing box 1 despite recording the slowest of the four heat wins and chasing her fourth Sandown Park group race since arriving in Robert Britton’s kennels in April, while Sweet As Emm (box 2), Dyna Chancer (box 3) and Midnight Dare (box 5) are all at single figure quotes.

It will be a big night for the Greenough kennel with Jackie, her husband Kelvyn and daughter Angela sending runners to Sandown Park, and she believes that all have a winning chance – including Tasmanian chaser Shadows No More on her Victorian debut.

“All of them are definitely a chance. I can’t say much more than that because a couple of them are boxed badly.

“Shadows No More, we’ll find out a bit more about her after she races but she’s been trialling well and has the red so hopefully she can take advantage of that.”

The McKenna Memorial is named after the club’s first secretary, Jack McKenna, who was the key driver in establishing the club in 1956. Click here to learn about Jack McKenna and the early years of the Sandown Greyhound Racing Club.