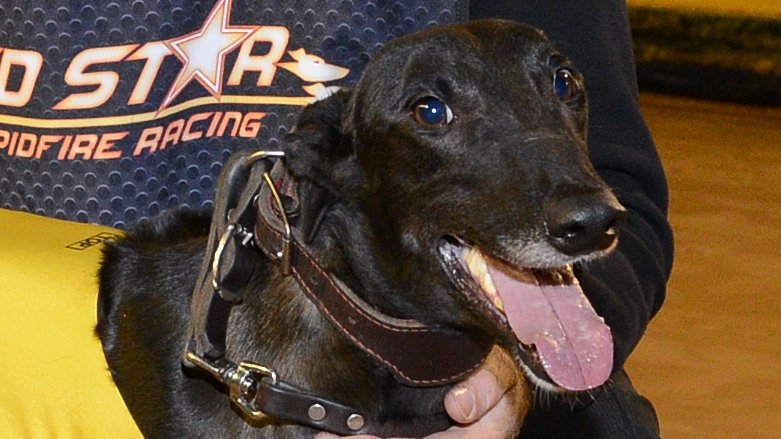 Not Available set for Sandown swansong


Not Available will line up at Sandown Park for the final time on Thursday night.

The greyhound with one of the most unusual names in the sport has carved out an solid career in the care of Robert Britton and will head back to owner Paul Roach this weekend.

Roach, a Clint Eastwood and John Wayne fan who names many of his dogs after their films and characters, explained how Not Available got his name ahead of the 2018 Harrison-Dawson final.

“I put in so many names and the lady just came back and said that those names are not available,” Roach said.

“So that’s how it happened, we couldn’t get any of the names we wanted so we named him Not Available. It’s a little quirky, in one of his early starts the lady scanned his microchip and it came up as ‘Not Available’ so she went and asked the vet what was wrong with the scanner. It got people talking about him.”

His name got people talking, but his demeanour won them over. You’d be hard pressed to find a greyhound more keen or more excited to be at the track than ‘Ned’ – named for the first three letters of his ear brand – or one more affectionate with his handlers and catchers.

Born on April Fools Day 2015, Not Available enters his Sandown Park swansong with 29 wins from 89 career starts (including 9 wins from 26 starts at Sandown Park) and $173,560 in prize money. He’s contested nine group finals (four at group 1 level) having little luck with box draws jumping from boxes 4-7 in seven of those finals. His best result at group level came in this year’s Australian Sprint in which he ran third to Orson Allen after drawing box 1.

Despite being four years and three months of age, Not Available is still keen to race as he ever has been and will be heading back to Roach in New South Wales to compete in masters races in his home state.