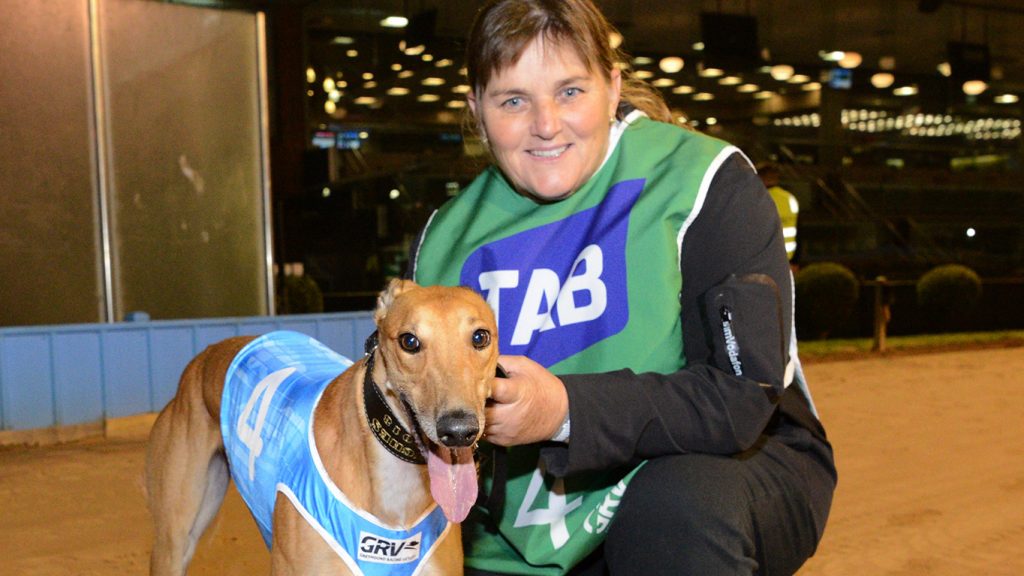 The next chapter in the remarkable Fernando Bale x Chica Destacada litter rolls on this Friday night with a trio of litter mates lining up in the world’s richest race for stayers, the RSN Sandown Cup.

Trained by Minnie and John Finn in Cranebrook west of Sydney, the litter have been represented in most staying feature races around Australia over the past year.

Poco Dorado, who is regarded as the Queen of Wentworth Park, leads the charge for the team in the $250,000 final.

She won all of her first 11 starts over the 720m at Wentworth Park before the streak was ended by littermate Veloce Nero. Although she boasts a strong record at her home track, she hasn’t handed interstate trips in the same style.

She showed signs of her finest work last Thursday in her RSN Sandown Cup heat. She led a long way before she was ran down by down by the ultra impressive Ella Enchanted.

She has drawn box 8 in Friday’s final and is rated a $13 chance to win with tab.com.au.

“She’s got no excuses on Friday night being boxed out where she wants to be. If she comes out like she did last week I think she will improve a lot,” co-trainer Minnie Finn told Sky Sports Radio’s Going Greyhounds.

The second of the kennel’s trio, Blue Moon Rising, will jump from the immediate inside of race favourite and defending champion, Tornado Tears.

“His run was enormous last week, he got stuck three wide then once he found the fence in the straight he made up ground. He’s a real chance to spoil the party again (as he did in the Fanta Bale Super Stayers final at The Meadows in March).”

Two Times Twice is the rated the roughest chance of the three at $34 with tab.com.au.

“He’s not a true ‘700’ metre greyhound, but he’s done really well since stepping up.

“He’s a rough chance. He’s got his brother Blue Moon Rising on his outside who will want to cross to the fence. Where he’s drawn he’s going to have to begin well and find luck.”

The RSN Sandown Cup is part of the Group 1 triple header on Friday night with the Sapphire Crown and Harrison-Dawson also to be run. Tab.com.au is projecting a $300,000 quaddie pool on races 5-8.