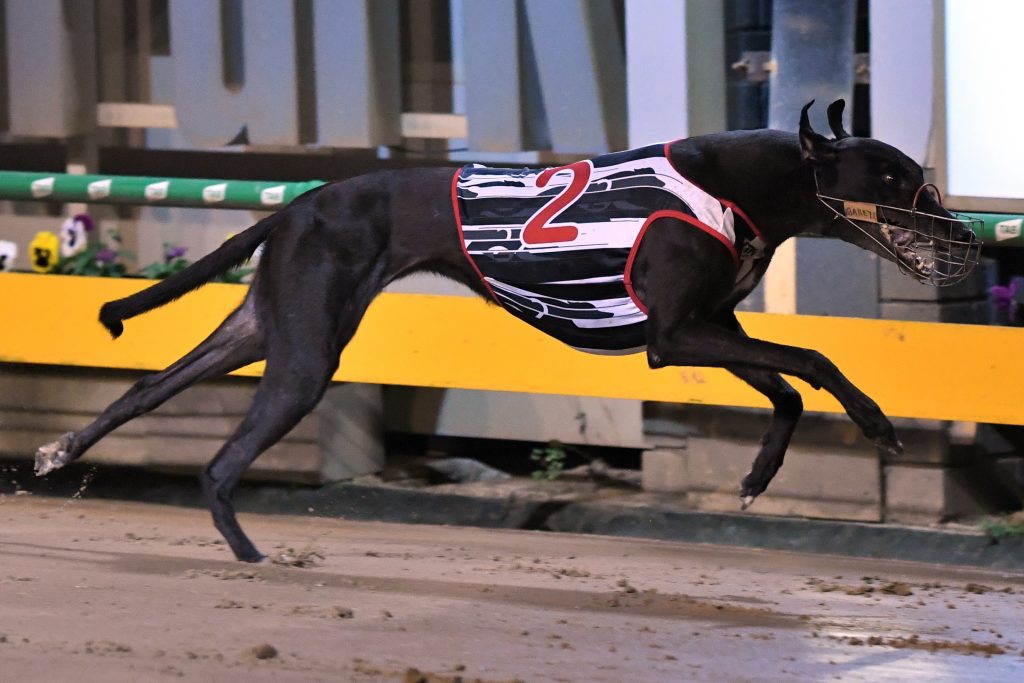 
Zipping Bailey will match the feats of some of Australia’s greatest ever chasers if successful in Friday night’s $145,000 group 1 Sapphire Crown final.

Only two greyhounds, Bogie Leigh and Paua To Burn, have won a Golden Easter Egg and a Sapphire Crown with both now inducted into the Australian Hall Of Fame, while Cindeen Shelby is the only greyhound to complete the Ladies Bracelet-Sapphire Crown double.

Zipping Bailey has quickly emerged as one of the country’s most exciting chasers. A winner of 13 of her first 29 starts, she amassed just short of $50,000 in prize money before peeling of six victories in her last six appearances, including the group 1 Golden Easter Egg and group 3 Ladies Bracelet. As impressive as her recent form reads on paper, one need to see the replays to appreciate the enormity of the wins.

Coming from worse than midfield – often from last – and winning in slick times, Zipping Bailey has quickly developed a strong fan base which ensured she started favourite on her Sandown Park debut last Thursday night.

Stepping only fairly from box 2, Zipping Bailey was beaten for early speed before finding the fence through the first turn and railing powerfully to a 2.5 length victory in 29.53. Ominously, trainer Jason Mackay is predicting further improvement in her second start at the track in Friday night’s final.

“She might know her way around there now,” he said.

“She had a post-to-post there last year but she really didn’t know where she was going the other night. She felt her way a bit, when she went to go she wasn’t sure where to go so that run will her good.”

Despite drawing box 7 in the final, Zipping Bailey opened the $3.50 second elect. The race has had just one winner – Betty’s Angel – win from the box since the race was restricted to female greyhounds in 2002, however the draw was of little concern to Mackay.

“It’s irrelevant the draw to tell you the truth because you know she’s going to be last.

“I can see inside of her there’s a fair bit of speed so at some stage you’d think there’d be a run for her so hopefully it comes. If she’s running third or fourth and in the middle, she’s only little so she’d probably get in trouble. But she’s worked it out now and with a bit of experience, she knows there’s a run there if she just drops out and waits for it. It’s working good, I hope it keep happening.

“She’s an honest little thing. She’s worked it out now, she’s in there, she’s had a good week and she’s a chance for sure.”

Neo Cleo will start favourite from box 6 after her brilliant 29.23 heat win, the fastest of the four heats. She will also enter the race with a picket fence next to her name being undefeated in her four starts since joining Robert Britton’s kennel in April, and like Zipping Bailey, is also looking to win at group 1 level for the second time.

The Sapphire Crown is one of three group 1 features at Sandown Park on Friday night. As well as the Sapphire Crown’s companion series the Harrison-Dawson (for male sprinters), the country’s premier stayers will line up in the $250,000 group 1 RSN Sandown Cup – the world’s richest race for stayers – in which glamour greyhound Tornado Tears is the odds-on favourite to defend his title.