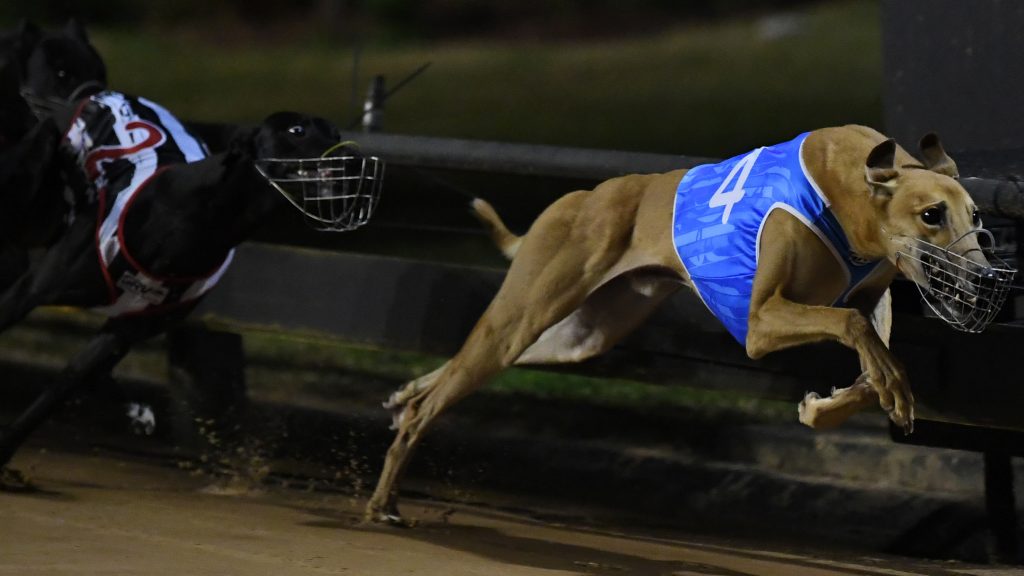 
Orson Allen and Flynn set Sandown Park alight last night in a heat of the Harrison-Dawson that has quickly been touted one of the races of the year.

The two pre-post favourites for the series collided soon after box rise but wasn’t enough to stop Orson Allen from carving out a slick 5.01 first split and establishing a four length break on his rival. He maintained that margin the length of the back straight before Flynn made his move off the back, reducing the margin to a length turning for home. It set up a thrilling run to the line which saw Orson Allen prevail over his gallant rival by a head in 29.14.

Orson Allen shaved 0.04 seconds off his previous best time at the track while Flynn’s 29.16 was the fastest recorded by a greyhound running second.

“We know what to expect from him, he’s hard to catch when he runs splits like that,” said Orson Allen’s very happy trainer Correy Grenfell after the run.

“The time’s alright and for Flynn to take that ground off him you have to give him a lot of credit too.”

Ranked Australia’s number 1 greyhound, Orson Allen was installed the even money favourite to claim his second group 1 victory in next week’s $145,000 Harrison-Dawson final despite drawing box 4 in the decider, while Flynn was the $3.70 second elect after drawing box 7. 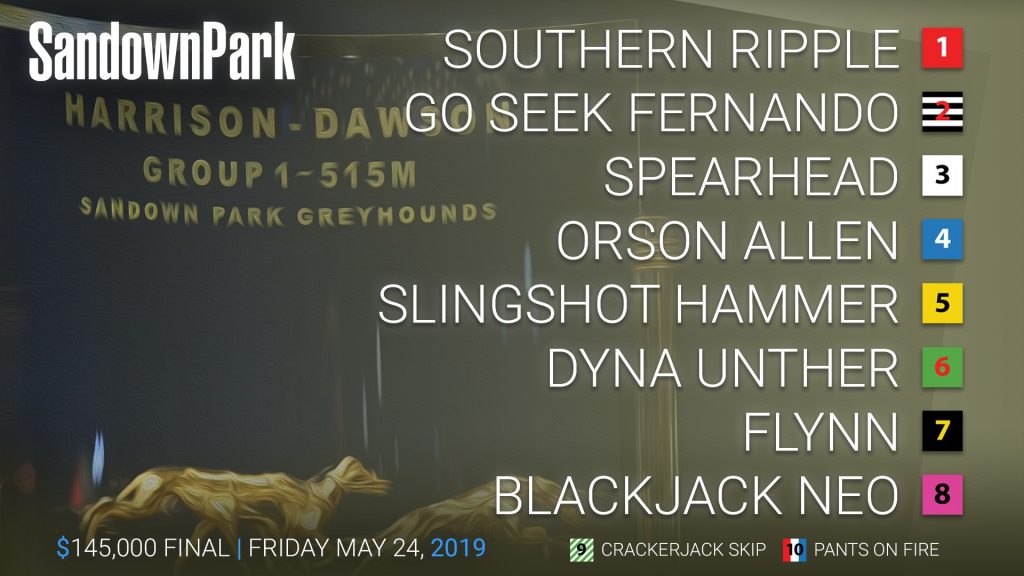 Neo Cleo stole the show in the female only Sapphire Crown heats with a dazzling win in 29.23.

Beginning flawlessly from box 7, Neo Cleo recorded the fastest first split at the night (5.00) before slashing a tenth of a second off her best time at the track at her 16th appearance over the trip. Neo Cleo in undefeated in four starts since joining Robert Britton’s kennel in March with two of those wins coming at group 3 level.

Crimson Vixen won the night’s opening heat with a brilliant all-of-the-way victory in 29.68. The striking fawn bitch is trained by 79 year old Norm McCullagh who is no stranger to success at Sandown Park in autumn having prepared Bold Trease to four consecutive RSN Sandown Cup victories in the 1980s.

Golden Easter Egg winner Zipping Bailey made it six wins on the spin when she scored in 29.53. The noted backmarker took advantage of a rails run to settle second through the first turn before sweeping past early leader Poise to win by 2½ lengths, while Militant Spirit caused the biggest upset of the night when upstaging a hot field to score in 29.66 at $15.30. 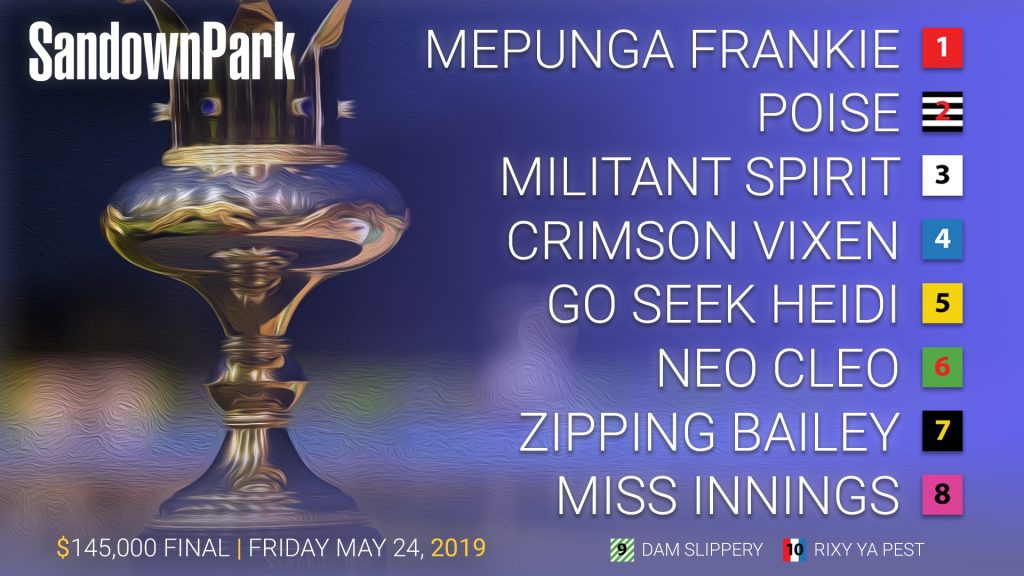 Four heats of the $250,000 RSN Sandown Cup – the world’s richest race for stayers – were also run with Tornado Tears making a triumphant return to the track to win his heat in 41.37.

The country’s most popular greyhound showed no ill-effects from the pad injury that had kept him on the sidelines for the past four weeks and will start a short favourite to defend his RSN Sandown Cup title.

Click here for a wrap of the RSN Sandown Cup heats.

All three group 1 finals will be run on Friday 24 May. Entry is free and patrons will have the chance to win $100,000 in prizes on Billy Brownless’s wheel!