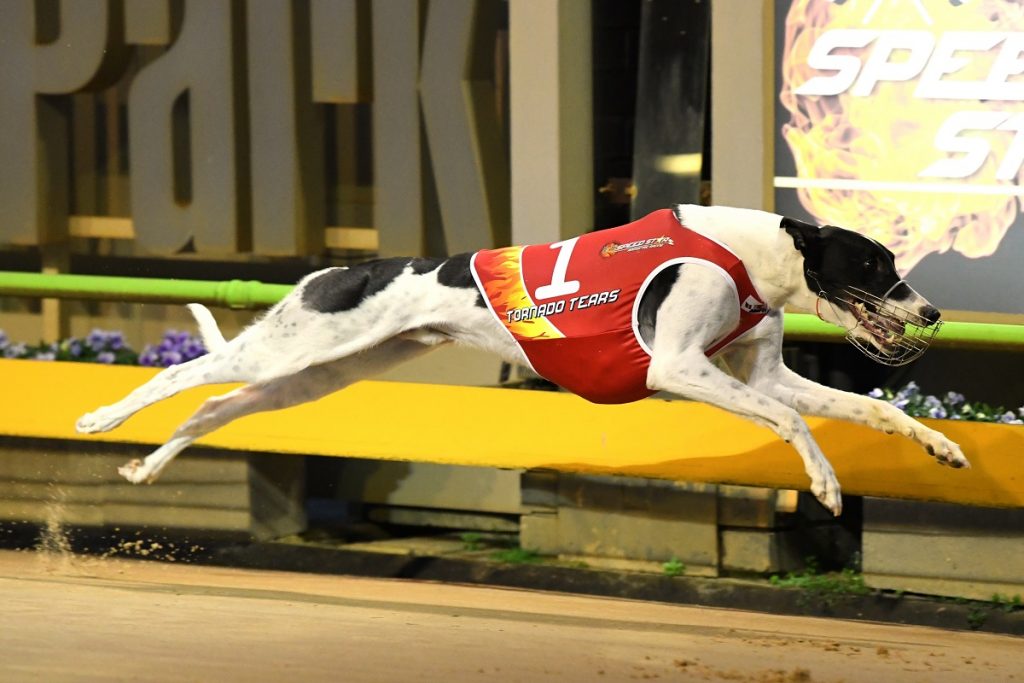 
Dual Speed Star winner Tornado Tears will miss the next edition of the match race series after reinjury a pad on Saturday night.

Known by his legion of fans as ‘Batman’ due to his distinctive markings, Tornado Tears is widely regarded the country’s premier stayer with four group 1 titles and track records at Wentworth Park, Cannington and Albion Park to his name. He has also run the second fastest ever times over 595m and 715m at Sandown Park and has won the last two Speed Star events over the 595m.

While the 14 day incapacitation certificate will have lapsed in time for the Sunday 5 May event, the Robert Britton trained greyhound has yet to set a qualification time at Sandown Park and kennel foreman Peter Riley confirmed that while he is recovering well from his injury, he will not be ready in time to attempt to defend his title.

“He’s recovering well, but he won’t be heading to the Speed Star,” Riley confirmed.

“All things going well, we’re hoping to have him right for the Sandown Cup heats but he won’t race before then.”

Tornado Tears scored a memorable victory in the 2018 RSN Sandown Cup, and will become the 5th greyhound to win multiple Cups if he can win the world’s richest race for stayers on Friday 24 May.

Tornado Tears’ absence from the series has thrown the markets wide open. TAB senior greyhound trader Jack Mitchell believed he’d have opened the $1.30 favourite for the 595m event had he lined up in series, but the market now sees Ella Enchanted, Neo Cleo and Blue Shadows open as $4.50 equal favourites.

The final round of Speed Star qualification trials will take place on Sunday 28 April with the final fields and match ups released on Wednesday 1 May.