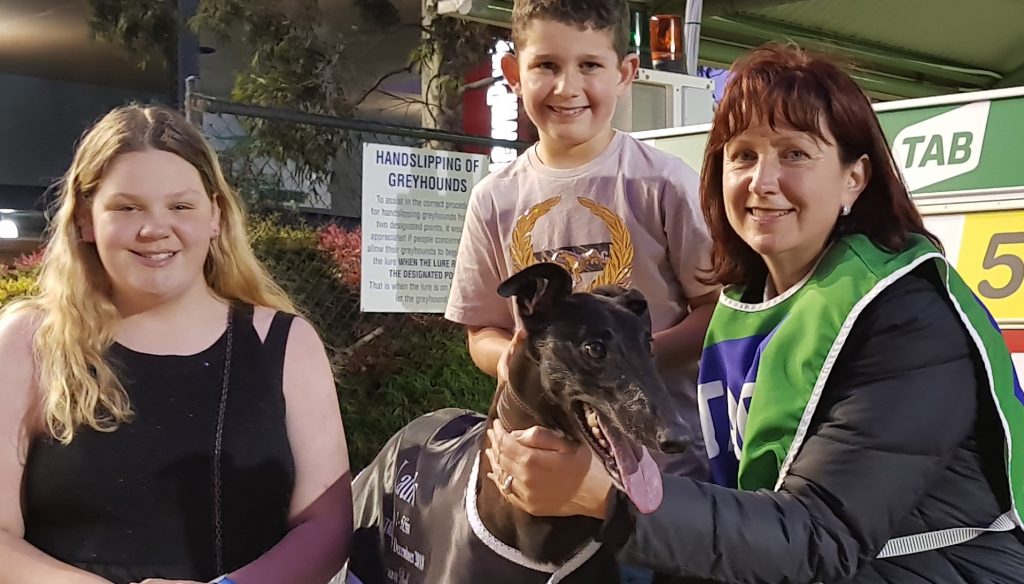 Dream result for Circle Of Dreams


Circle Of Dreams secured Angela Langton her first group 2 Laurels with a brilliant all-the-way victory in last night’s $50,000 to the winner final.

Owned by Langton in partnership with her mother, Circle Of Dreams began fairly but mustered quickly to lead Flossing through the first turn with favourite Often Imitated and Shima Breeze close behind. The quartet cleared away from the chasing pack, and as they turned off the back straight Circle Of Dreams extended her break to race to a five length victory. Her winning time of 29.352 seconds was a race record, shaving 0.001 of a second off Fantastic Skye’s previous mark.

It was her fourth career victory from seven career starts and has now won over $64,000 in prize money.

“It’s very exciting, it was great to see her jump to the front,” Langton said.

At just 19 months of age, Circle Of Dreams was the youngest greyhound in the final and one of the youngest to contest the series. She made her debut in the November Vic Breed maiden at Sandown Park, making the final on TAB Melbourne Cup night. Her lack of experience showed on that occasion but has matured quickly in her starts since.

“We probably threw her in a little inexperienced in the maiden series.

“She hadn’t had a 500m or a field trial, but she was trailing well here so we thought we might as well put her in because those races only come around once or twice a year in the city. She’s just gotten better and better every start.

“She’s learning and she’s beginning now which is great because she was showing she could begin in trials. I think that’s the key when you can get out in front, the others have to catch you so it was really good to see her begin.”

Flossing, trained by Langton’s partner Jeff Britton, held on for second place making the night a particularly memorable one for the Anakie based trainers.

“It was a good run. She’s had a couple little injuries here and there but she’s learning as well. They’re two young girls that look like they’ve got plenty of ability.”

While Langton doesn’t have a any immediate plans for her latest group race winner, she was excited about what a Laurels victory means beyond her racing career.

“It’s a fantastic race to win. It’s one of the biggest girls only races on the calendar and that sort of race sets her up for breeding down the track.

“It’s a really prestigious race and for her to win it so young, I’m pretty proud of her.”

The Laurels is one of Sandown Park’s longest running feature races. Restricted to bitches aged 30 months or less, it was first run in 1963 and has been won by some of history’s greatest female chasers including Cheltenham Lass, Sandi’s Me Mum and Paua To Burn.

Circle Of Dreams wins the Laurels in race record time