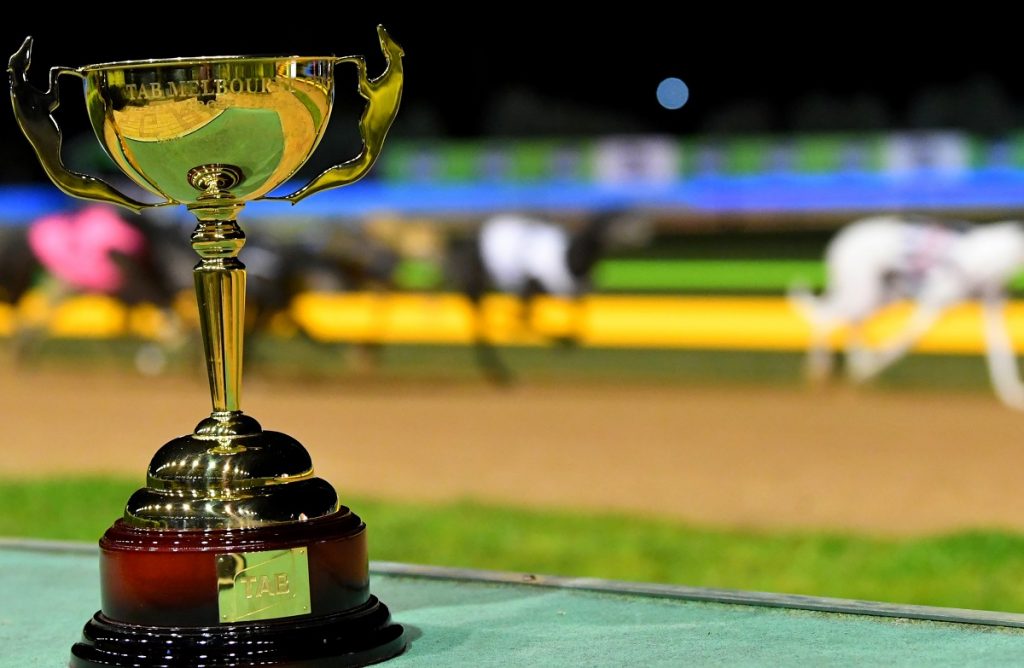 
It’s TAB Melbourne Cup night! The biggest night on the greyhound racing calendar sees the sport’s brightest stars on its biggest stage, racing for the greatest prize of all – the TAB Melbourne Cup!

For the first time there’s $1,000,000 in prize money across the 12 races on the card which includes 8 feature finals. If you enjoy a punt there’s a $1,000,000 projected TAB quaddie pool and a number of other great promotions, check out tab.com.au for details.

One lucky patron will have the chance to spin the famous Sandown Super Wheel for a chance to win $1,000,000, plus there’s stacks of prizes, giveaways and great entertainment throughout the night, including a performance from Aussie rock legends! And the best part of all, entry is free!

Here’s all you need to know about the world’s greatest greyhound race!

Where: Sandown Greyhound Racing Club, View Road, Springvale
How to get there:
Drive: Free parking is available on View Road, and on Lightwood Road opposite the Sandown Park train station.
Train: Sandown Park station is on the Dandenong/Pakenham/Cranbourne line. The track is a two minute walk from the station
Time: Gates open at 6pm
TV: Sky Racing 1 (channel 526), Jason Lincoln and George Farrugia will be live trackside
Radio: RSN – Racing and Sport (927am or stream online here)
Race caller: Brendan Delaney
First race: 6.51pm
TAB Melbourne Cup: race 6 at 8.51pm
Distance: 515m
Race record: 29.16 (Dyna Double One, 2015)
Prizemoney: $630,000 (1st $435,000 + trophy and rug), 2nd: $130,000, 3rd: $65,000. Each finalist also won $12,000 for winning their heat last week
Chance to win: One lucky patron will spin the Sandown Super wheel for the chance to win $1,000,000 cash!
Plus heaps of other prizes and giveaways
For punters: There is a $1,000,000 projected TAB quaddie pool on tonight’s meeting. First leg is race 5 at 8.08pm
Place a Fixed Odds win bet on races 1-4 with your TAB account, and if your dog runs second or third, TAB will refund your stake with a Bonus Bet back up to $50
Form guide: Click here
Latest market: TAB Melbourne Cup
Dissect the Cup: Form experts James Van der Maat, Mick Floyd and Jason Adams share their thoughts on the Melbourne Cup and give you a lead on the quaddie

You may have missed:

Sound smart to your friends:

History will be made in the world’s greatest greyhound race!