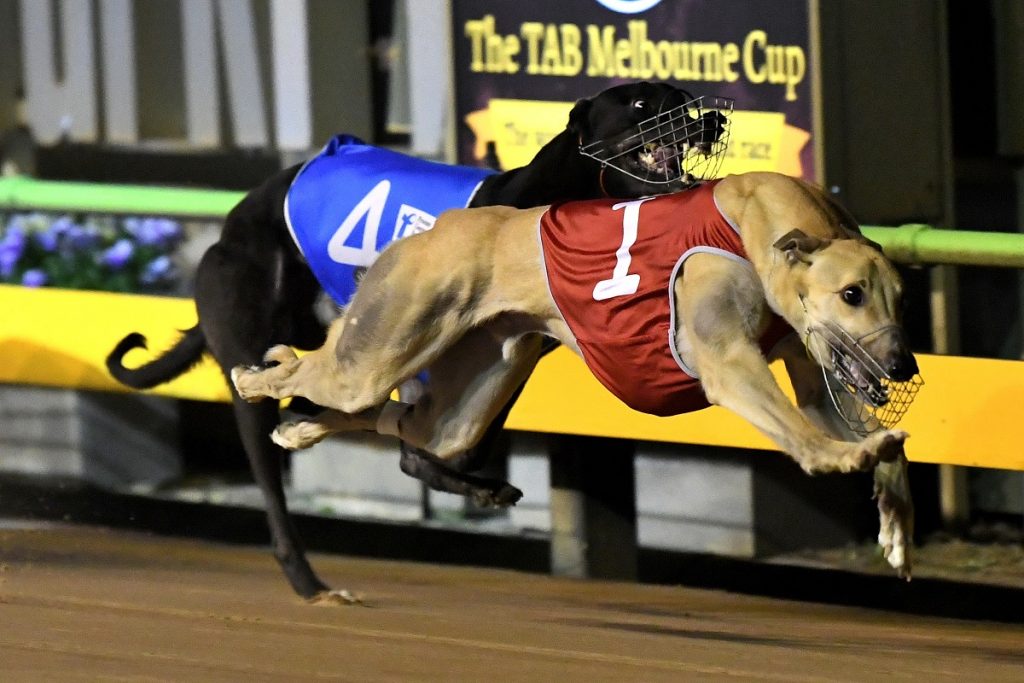 
West On Augie is aiming to become just the second Western Australian owned greyhound to win the TAB Melbourne Cup when he lines up in Friday night’s final.

For part owner Craig Weston, the thrill of having a runner in the TAB Melbourne Cup makes for an exciting – and nervous – week.

“It’s just a huge race. Dad and I and Linda (Britton) and Chris (Halse) are just so happy to have a dog good enough to make the final,” he told TAB Radio’s Greyhound Gossip.

“We’re all pretty nervous, particularly dad. It’ll be running through our minds all week and wondering what could happen, we just hope he jumps really quickly and gets across and see how it goes.”

West On Augie tasted group 1 glory at Sandown Park in August when he became the first Western Australian to win the National Sprint Championship. Following that victory, he was transferred to leading Victorian trainer Robert Britton for a tilt at the spring riches on the east coast.

While his form leading into last Friday’s heats read poorly – he’d run last at his previous two starts – he was well supported in betting after drawing box 1. He took full advantage of the inside draw to record the fastest first section of the night and book his berth in the world’s greatest greyhound race. His task in Friday night’s decider was made more difficult after he drew box 8 for the final, and while not ideal, Weston is optimistic about his chances of overcoming the wide draw.

“His form recently hasn’t been wonderful but gee whiz he got back to his best, and the way he jumped on Friday night was scintillating.

“We would have liked box one or two but box 8 is the next best thing for us considering there is so much pace in the race. We went 5 flat to the first mark last week, so let’s hope he just jumps and goes.”

Interestingly, Surgeon is the only Western Australian owned TAB Melbourne Cup winner and he also jumped from box 8 when he controversially won the 2008 final. Following the box draw, West On Augie opened at $10 with tab.com.au but was quickly backed in $7.50.

The TAB Melbourne Cup is the headline race of a massive 12 race card of racing, boasting eight feature finals, four group races and $1,000,000 in prize money.