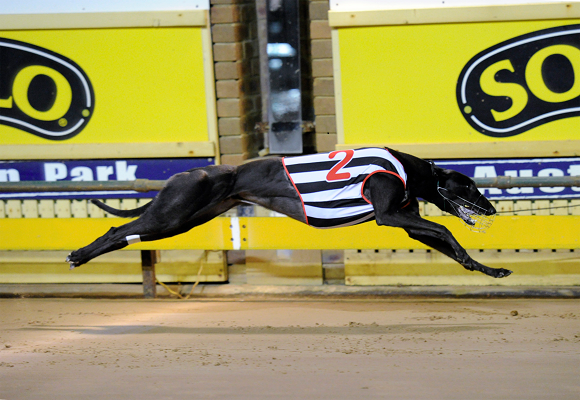 
Melbourne Cup winner El Grand Senor has passed away after being diagnosed with bone cancer.

“It came as a shock, he certainly didn’t look like a sick dog in any way,” said his owner, trainer and breeder Carolyn Jones.

“He was sore in his leg so I took him to (leading greyhound vet) Des Fagan yesterday and it turned out to be bone cancer.

“Des said we could have taken him home for a couple of weeks but he was really sore and he liked being free. He couldn’t be free, so we had to make the decision.”

El Grand Senor was whelped in April 2008, just one of two pups by Where’s Pedro and Elgrand Gold. He made his debut at 22 months of age and would go on to complete one of greyhound racing’s most distinguished careers. He won 35 of his 43 career starts and started favourite in all but one of those starts. He won three times at group 1 level, won three country cups and held three track records, finishing his career with $583,147 in prize money. He was named the Victorian and Australian Greyhound of the Year in 2010, and was inducted into the Victorian Hall Of Fame in 2017.

The hulking 39kg chaser had a reputation as a reliable beginner with tremendous tenacity and will to win. Those traits were on full display in the greatest victory of his career, the 2010 Melbourne Cup, where despite a modest getaway, he charged through to lead through the first turn and record what is still regarded one of the great race’s most memorable victories.

After his racing career, El Grand Senor would establish himself as one of the country’s leading sires, producing a number of quality chasers including 2017 TAB Melbourne Cup winner Ando’s Mac.

But above all of his remarkable achievements on track, it was his impact at home that Jones will remember the most.

El Grand Senor is inducted into the Victorian Hall Of Fame