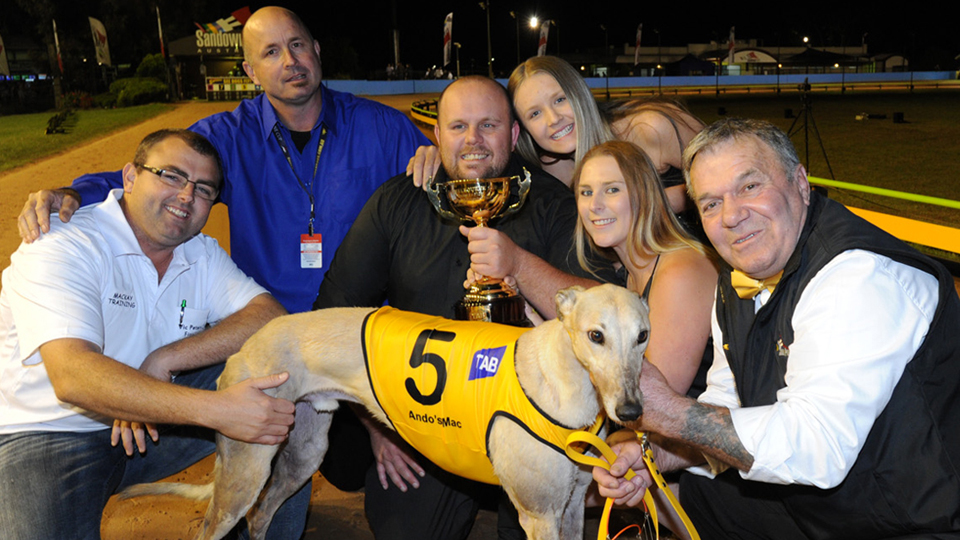 ‘Max’ was one in a million

2016 TAB Melbourne Cup winner Ando’s Mac has been retired after succumbing to injury.

The winner of 28 of his 61 career starts and $687,931 in prize money has been battling a persistent stopper bone tendon injury, leading trainer Anthony Azzopardi to call time on his stellar career.

“He’s had it for a while now and we’ve worked through it, but lately, I just feel it’s starting to go so now is the right time to call it a day,” he said just days before Ando’s Mac was set for a tilt at defending his Warragul Cup crown.

“What a marvellous dog he’s been. It’s been a great ride, he’s given us a lot of great memories and now he can look forward to a life of luxury.”

Azzopardi is no stranger to champion dog having trained many group 1 winning chasers throughout his career. However speed alone wasn’t the only thing that made Ando’s Mac a special dog.

“He was just a real race dog, he knew what to do. He was really good in a field and a fantastic chaser. He has a great temperament and was a terrific traveller – car trips, plane trips nothing would worry him.”

For part owner Luke Anderson, Ando’s Mac’s retirement draws to the end a life changing journey that saw he and the rest of the connections achieve success at the highest levels of the sport. Bred by Anderson’s father, Ando’s Mac is one of six members of the June 2014 El Grand Senor-Brook’s Doll mating. Anderson kept two pups from the litter – his partner Michaele Alderdice picked out ‘Max’ because of his striking fawn colouring – and it wasn’t long before the owners knew they had something special.

“We knew when he was pretty young. I said to most of my friends that I had a special one from start, a lot of them laughed but it was true. He was only about 19 months old when he went 25.04 at Ballarat and after that we received a number of offers for him, including one of $75,000.”

Anderson rejected the lucrative offer for his young pup, and his faith in the dog was repaid when Ando’s Mac took out the group 1 Vic Peters six months later. Success in the age classic was the beginning of an unforgettable month for connections, culminating in Ando’s Mac claiming the world’s richest greyhound race, the TAB Melbourne Cup.

“That win (in the Vic Peters) eased our mind I guess. It was pretty thrilling for everyone, the build-up during the week and then to win it was pretty amazing.

“It was a crazy month for him really. It was so surreal just to be racing down there in Melbourne and we were stoked to be in the Melbourne Cup final. We thought he had a chance if he jumped but you never really think you’re going to win it so for him to get up was just phenomenal.

“You look at the trainer (Jason Mackay) who’s regarded as a hard man and to see him with tears in his eyes it just showed how much it means everyone involved. Even Anthony Azzopardi, he had his dog in the race (Zambora Brockie) and he was cheering for him at the line. Anthony did a fantastic job with him while he was down there in Melbourne, it was an unbelievable week.”

While the financial rewards for owning one of the country’s elite sprinters are obvious, Ando’s Mac has had an impact on the owners that goes well beyond the prize money earned.

“Financial wise it’s been great, but along the way you end up meeting so many good people. There’s a lot of people that we consider good friends that we probably wouldn’t met if it wasn’t for him. He’s changed our lives completely.”

Ando’s Mac will stand at stud at Anthony Azzopardi’s Money Shot Lodge for a fee of $1250 and will be ready to commence duties later this month. Interested breeders should contact Luke Anderson on 0400 715 185 or email lukeyando22@hotmail.com.

“We want to give breeders a cheaper option to access a Melbourne Cup winner. Hopefully a few breeders use him, it’ll be exciting to see his pups on the track.” 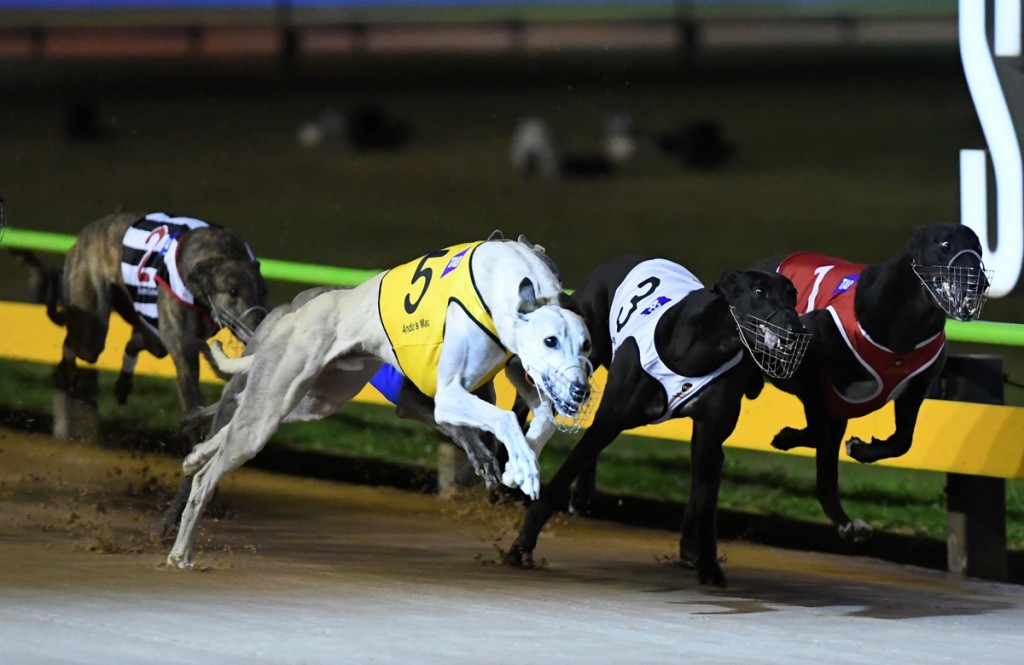