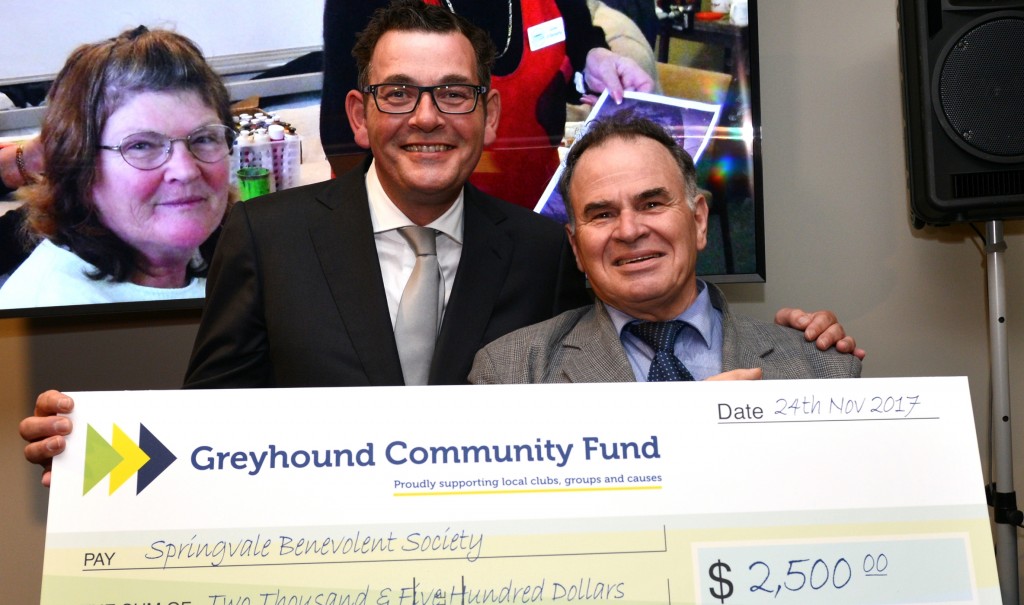 Joe, 71, has been a part of the Society for over three decades and has held his position as President for the last 15 years. The Society is an emergency welfare agency that provides food vouchers, furniture, blankets and hampers to those in need within the City of Greater Dandenong.

“It was a big surprise. I feel very humble to receive such an award. A lot of people in the City of Greater Dandenong do a lot of wonderful things. You don’t do the work to receive something in return, you do it because you love to do it,” he said.

“To lead the Springvale Benevolent Society is a big job, we took a hit a few years ago but we’ve bounced back to be the most outstanding free service in the community.”

Joe and his family migrated from Italy to Australia in 1964. Prior to the move his family struggled post war, with his parents needing to care for Joe and his five siblings.

“When we came to Australia I realised that I was very lucky, that’s what made me want to do more for the community as I know what it’s like to go without.”

His commitment to helping the local community has been recognised in the past having been named City of Greater Dandenong Citizen of the Year in 2012. He says his work could not be done without a great team behind him.

“All these things you can’t do yourself, I have an excellent team. To me I try to put others first, I couldn’t do this without my family’s support. My wife is my rock, without her I couldn’t do it.”

Been awarded the Community Superhero carried a $2500 travel voucher and $2500 cheque for the Springvale Benevolent Society. Joe says it’s the perfect time of the year to be given such a gift.

“The prize could not come at a better time with Christmas around the corner. We can now upgrade our budget for the month, which means we can be more generous for our clients.”

For almost 30 years Joe has also been Coordinator of the Springvale Italian Seniors Club, providing a meeting place for elderly Italians to get together for social outings.

The award was hosted by the Greyhound Community Fund. Which is a joint program of the Sandown Greyhound Racing Club and Greyhounds Entertainment, extending financial support to nonprofits that provide quality programming in the areas of health, recreation and community events and festivals that benefit the community in the City of Greater Dandenong.