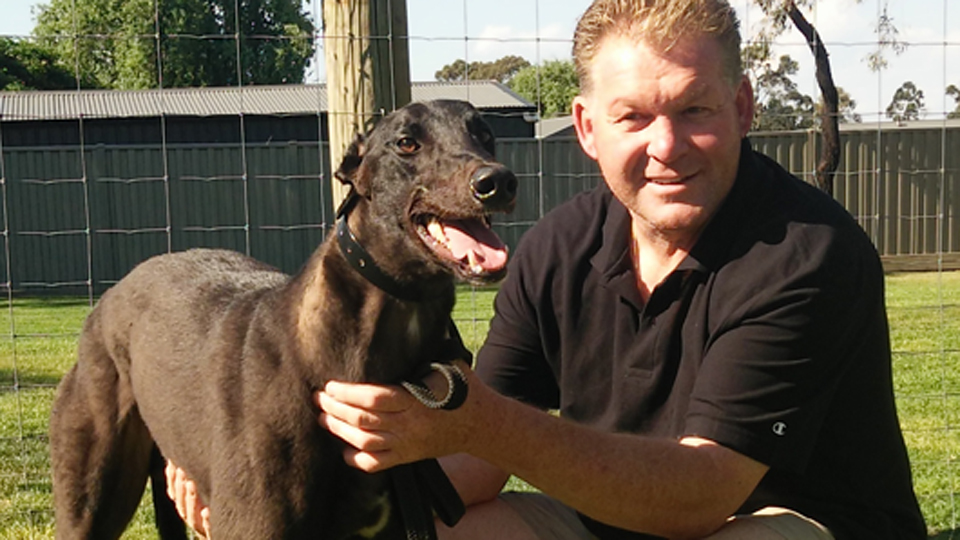 He’s been there before, but the excitement of TAB Melbourne Cup week never lessens for Devon Meadows trainer Glenn Rounds.

“It’s a great thrill to be in the race,” said Rounds.

“This is the 5th Melbourne Cup we’ve been a part of and it’s always a big thrill. It’s the biggest race we participate in – every greyhound racing fan in the country would have been watching the heats last Friday night. It’s a busy week, you get a lot of phone calls and people congratulating you and the dog and that’s great.”

At 27 months of age, Chasin’ Crackers is the youngest chaser in the field. The son of Fabregas and former Sandown 715m record holder Lady Arko, Chasin’ Crackers progression into the elite company of a TAB Melbourne Cup has come as a surprise to the popular Devon Meadows trainer.

“I never thought he’d be a Melbourne Cup dog so it’s a big bonus for us.

“Marty Hallinan reared him for us and he broke in well without being great. But since he came home he’s come along in leaps and bounds.

“In his first ever start he got beaten by (group 1 winner) Mepunga Blazer in 29.23 at Sandown. Then in the final Mepunga Blazer rolled him again in 29.27 and we were about four lengths off him. We thought then he’s going to be a nice dog.”

While unsure if Chasin’ Crackers will eventually mature into a stayer like his mother, Rounds believes he will be back over the middles distances soon, having already won four times in town over the trip. But for now, Rounds will focus on the biggest sprint race in the world and is confident his tenacious chaser will acquit himself well on Friday night.

“We needed to draw boxes 1, 2 or 3 to be any show. I just know that with this dog, that when the pressure goes on in the run to the first corner I know he’ll be thriving because he won’t take a side step.

“He’s very versatile and it’s not like he’s a duffer out of the boxes, he doesn’t just fall out he’s positioning up in second and third in good company. The dog’s only 27 months old and has won over $100,000, and this is his third group 1 race, we’re very proud of him.”

In 2001, Rounds’ partner, the late Judy Hayley, won the Cup with Classic Capri at a record price of $25.90. After the box draw on Sunday, Chasin’ Crackers opened at $26 with TAB and has since been backed in $17, with TAB holding approximately 44% of all money invested.

“The owners have a little bit on him. We’ll enjoy the week ahead.”