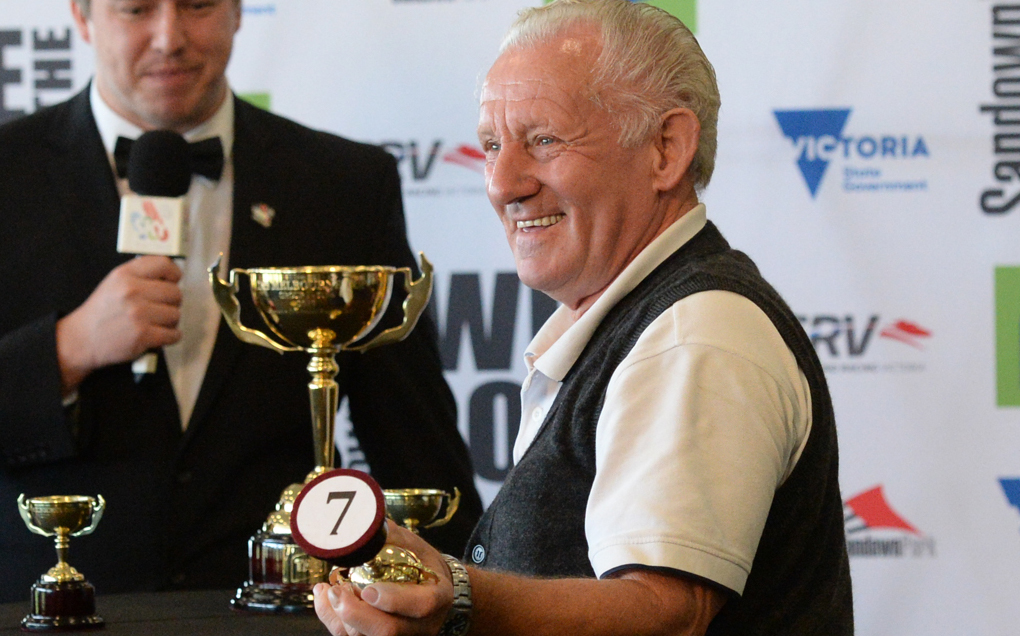 For trainer Eddie Lieshout being engaged in Friday’s TAB Melbourne Cup is a dream come true.

Aston Miley will be carrying his hopes and after 30 years of training greyhounds, she is the first runner he has ever had in the race. Much hype surrounds the $600,000 final however he remains relaxed ahead of the big night.

“She’s the best female greyhound I’ve ever put a lead on – she’s got a magnificent nature and she’s no hassle.

“Her speed is very, very important. In these big races you need early pace and luckily she’s got it. She didn’t show what she’s capable of in her heat I have to admit. She can go better.”

Aston Miley has led in eight of her 14 career starts though the quality of early speed is shared by most of this year’s TAB Melbourne Cup finalists.

“It’s just a matter of who will get the early break. I think there’s five or six in the race that will meet at the first corner within a length of each other. I’m just happy to be in the race, if she can run a place that’ll be terrific.”

Lieshout has no shortage of friends and family congratulating him and passing on their best wishes ahead of the final.

“The phone hasn’t stopped ringin’! Everyone saying, ‘I hope you win the final Eddie, we’ll be all barracking!’.

“One person came up to me and said ‘I need a hearing aid’, I asked what for? He said ‘my wife was screaming that loud at the TV!’. She (Aston Miley) has a lot of followers.

“I just hope nothing happens between now and Friday. At the moment everything is going to plan, all we can do is hope for the best.”

Lieshout says it’s an honour to be a part of the world’s most prestigious race.

“It’s the biggest race of the year. Every greyhound owner and trainer dreams of winning a Melbourne Cup.”

Aston Miley is rated a $16 chance by tab.com.au, click here for the latest market.

The $600,000 Group 1 TAB Melbourne Cup will be run this Friday at 9:28pm. It will round out TAB’s quaddie which is projected to boast a massive $1M pool. Fields for the meeting are due out tomorrow.