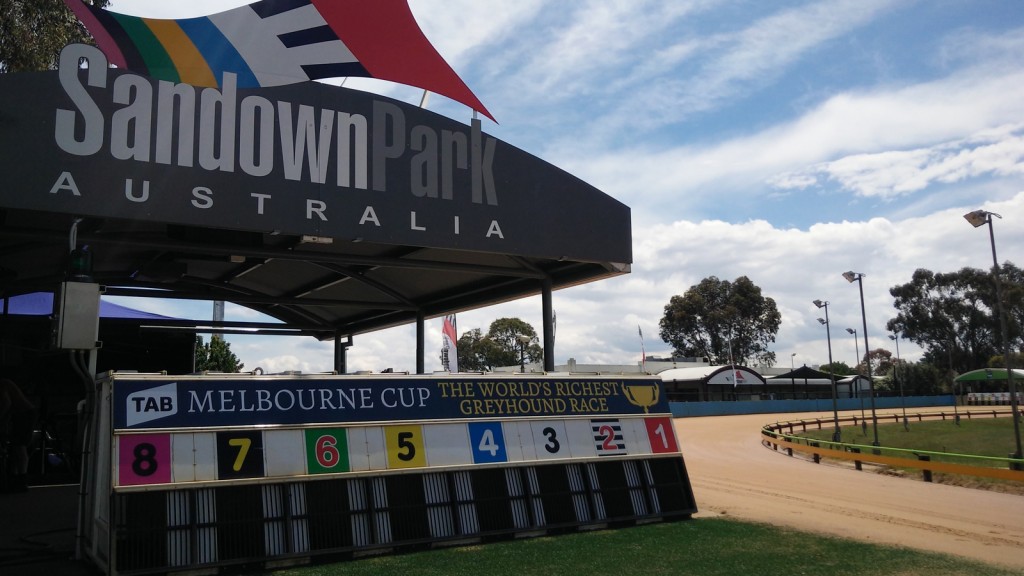 TAB Melbourne Cup heats – all you need to know


Its not hard to see why TAB Melbourne Cup night is dubbed the best night of greyhound racing of the year.

There are 14 group 1 winners set to greet the starter, with the 95 runners engaged combining to win over 1250 races and more than $10m in prize money.

With eight heats of the TAB Melbourne Cup for the sprinters and four heats of the Bold Trease for stayers, the 12 group 1 heats means tonight is a race night unequaled in the sport.

Here’s all you need to know about tonight’s meeting:

Gates open: 6pm
ENTRY IS FREE
First race: 7.12pm
Last race: 10.48pm
TV: Sky Racing 1, featuring James van de Maat trackside (Foxtel channel 526)
Radio: RSN Racing and Sport (927am)
Caller: Matt Jackson
Form guide: Click here
Betting: Fixed odds and pari-mutuel betting is available on all 12 races with tab.com.au
Promotions: TAB has a projected $20,000 first four pool on all 12 races tonight
Social media: Follow the action from the track on through Facebook, Twitter, Instagram and Snapchat (sandowndogs). #MelbourneCup
From tonight: The winner of each Melbourne Cup heat will progress to the $600,000 group 1 final. The two fastest runners up will be the reserves.
The winner and runner up of each Bold Trease heat will progress to the $145,000 group 1 final. The two fastest third placings will be reserves
Box draw: The box draw for both group 1 finals will be conducted at 10.30am on Sunday. The draw will simulcast on Sky Racing 1 and RSN – Racing and Sport
Finals: To be run on Friday 24 November, along with the group 3 Sir John Dillon Memorial
Preview: Listen to the RSN – Racing and Sport podcast of Jason Adams’ in depth preview of tonight’s card here

The market movers according to TAB:
Race 4: Cup Heat 2 – Brueghelino has been well supported from the inside draw. $4.80 into $3.70
Race 5: Cup Heat 3 – Raw Ability – The best backed runner on the card and holds the most money of any runner on the night so far. $4 into $3.40
Race 7: Cup Heat 5 – Not Available – Well supported each way at the double figure odds
Race 9: Bold Trease Heat 3 – Ashom Monelli – Plenty of money for the WA star.
Race 10: Bold Trease Heat 4 – Moment To Jive has seen support and isn’t a good result for us. Probably the most fancied runner in the Bold Trease events.

MELBOURNE CUP ALL IN MARKET – Punters looking for value with Barking Bad, Brueghelino, Not Available and Opal Nera being the best supported
BOLD TREASE ALL IN MARKET – Ashom Monelli, Moment To Jive and Ebby Ribber all have been heavily supported.

Get all of the TAB Melbourne information at www.superdogs.com.au