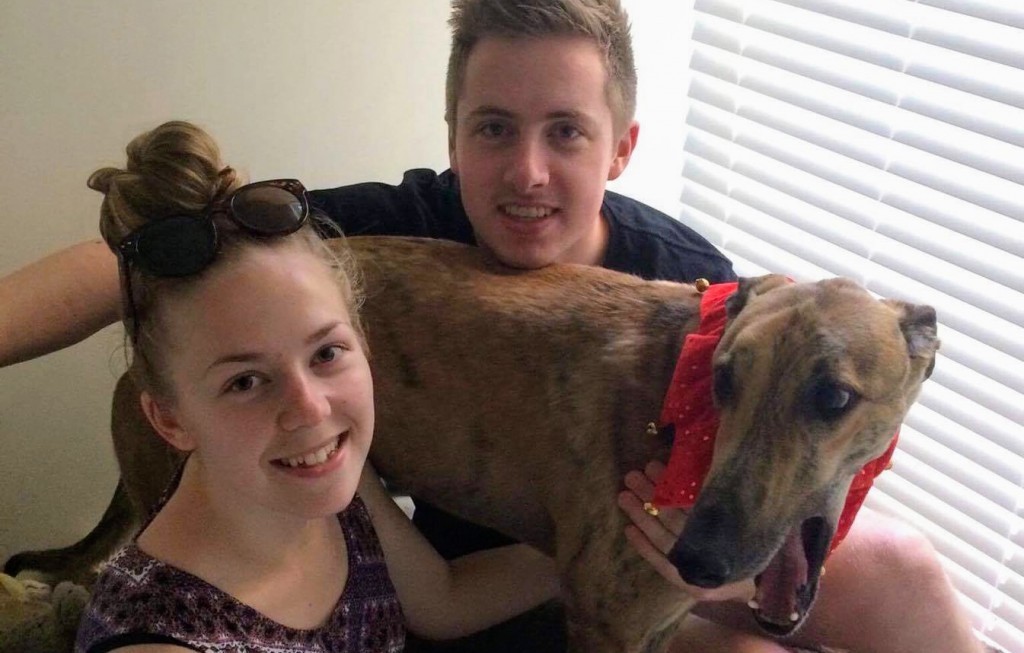 It was this time last year my girlfriend (@Woody055) and I adopted Nugget.

Nugget, or Nuggy as we call him at home, was raced by the ‘Shades Of’ syndicate which I part manage. He had two race starts under the name of Shades Of India without much luck, before suffering an illness which eventually resulted in his retirement from the track.

Throughout Nuggy’s youth, he and his brother (Shades Of Sassy, or Fyfe) were described as being full of energy and give their all on the race or trial track.

Given his over the top nature and very strong drive to chase, I had doubts whether he would pass GAP’s pre-entry assessment. To give him the best possible opportunity to gain his green collar, we picked him up from his temporary home at Tammy Collins’ place in Pearcedale and took him to Ballam Park in Frankston on a number of occasions. We did this to get him used to socialising with other breeds in a casual environment. And to our surprise, there wasn’t one time where we were forced to question his kind nature.

It come to the big day of his pre-entry assessment at Sandown. If successful he was heading to GAP headquarters in Seymour since we were still trying to convince my parents to allow us to take him home. 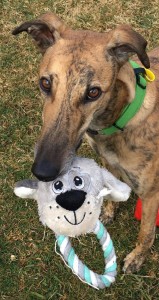 He passed his assessment with flying colours – he took more interest in finding a suitable spot to wee rather than the little dogs running around. Shortly after he jumped in the trailer en route to GAP to be de-sexed and assessed again. At that stage we were pondering whether we would ever see him again.

After great persuasion, my parents allowed us to take Nuggy home.

The following week he was returned to us via a meet-up at Sandown and we were proud as punch seeing him step out of the GAP van. We were eager to get him home and suss out his brand new kennel set up ready for his arrival.

It took a couple of nights for him to settle in, but it wasn’t long at all before he was in the swing of things. He did and still has an amazing body clock, he knows exactly when it’s time for a meal or walk. He’s much more energetic than most greyhounds yet still doesn’t need a lot of exercise, two short walks a day has him content. Life wouldn’t be the same without him, he’s perfect company, follows us around the house and is and a joy to come home to.

When walking the streets most people are comfortable saying hello to a greyhound and often in awe knowing he raced. Some people are nervous around a greyhound, but they always walk away surprised about how placid they really are.

For those who are planning to adopt a greyhound, don’t hesitate, you will never regret the decision!

GAP’s next adoption day will be held at the Sandown Park this Saturday Saturday 21 October, from 1pm – 3pm. Those who can’t make it are welcome visit greyhounds at GAP centres in Seymour and Baxter. Click here for further details