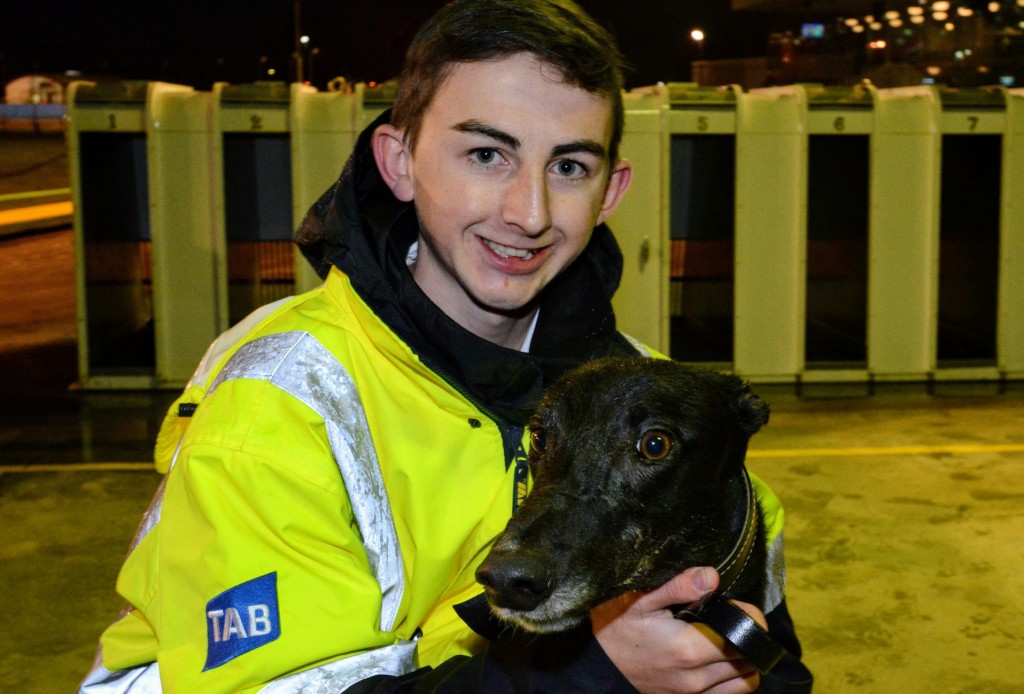 He jumped at a price of $3.20 in a wide open market that reflected the quality of the field. Raw Ability lead throughout the early stages before Worm Burner made his presence felt up front. The pair collided turning for home which allowed Aston Dee Bee to take a race winning lead. The final margin 1½ lengths from kennel mate Bewildering, Vostok and Hit The Highway who also advance to next week’s final.

“He was lucky he had box one. Worm Burner looked like he was going to be hard to beat but unfortunately there was a bit of trouble. Being on the rail made all the difference for Aston Dee Bee tonight,” explained Thompson.

Earlier on star veteran Bruce Tycoon snared heat 1 at lucrative starting price of $27. A stalwart of the Rob Britton kennel, Bruce Tycoon held firm on the rail through the first turn before he matched motors with the leader Lucky Chap down the back. Bruce’s position on the fence proved vital as he edged out Lucky Chap late and excelled away to win by 2 ½ lengths in 29.59, the fastest of the two heats. Runner-up Lucky Chap, Extreme Magic and Black Mumbo also gained a spot in next week’s decider.

The winner of next Thursday night’s final will represent Victoria in the group 1 National Sprint final at Albion Park on Friday August 25.

Aston Dee Bee forces his way into next week’s final