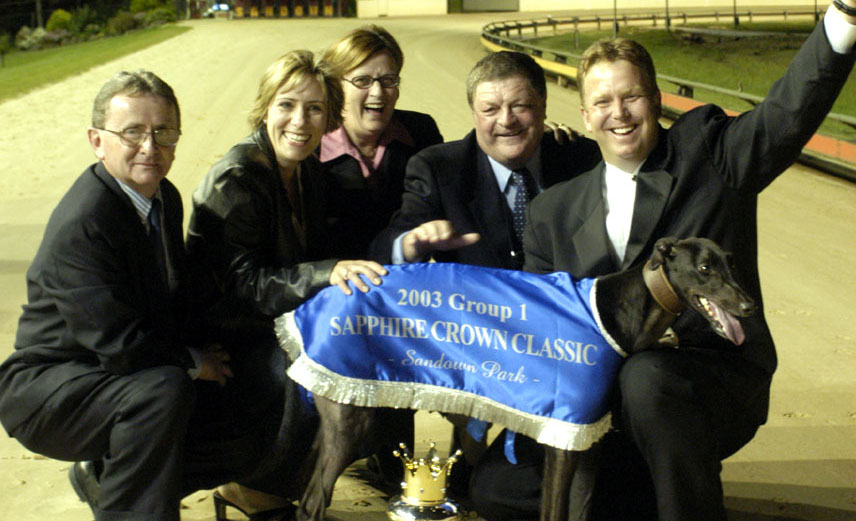 Bogie Bekim saw Sandown Park for the first time on Sunday in an exhibition trial, pleasing Bein with the run and says Victoria is yet to see what Bogie Bekim is really capable of.

“He went well in his trial, but we haven’t seen the best of him in Melbourne yet. If he stays sound throughout this series I think we’ll see something pretty special,” revealed Bein.

Bogie Bekim spent the early half of his career in Brisbane before making the move to Adelaide. He races under the guidance of 26-year-old South Australian trainer Ben Rawlings, who Bein has a huge opinion of.

“Our connection goes back to the days when Bogie King was racing – his trainer Ryan Ayre took him to Adelaide and I think it was through Brett Bravo, who knew Ben and said he was a good young fella. I met Ben when came here (Brisbane) for a holiday – I told him I’d send down some dogs to him – still doing so now a number of years later.

“I rate him as one of the best trainers in Australia to be honest. He’s prepared to put the time in and take the dog interstate to trial before heading there for a race. He does everything right.”

Bein is no stranger to success at Sandown Park, he won the Sapphire Crown in 2004 with Hall of Famer Bogie Leigh and the win proved to be the beginning of something special.

“That was our first group 1 win, it was a pretty big and exciting night that one. That was the start of it all – something pretty big. At the time we didn’t know what was ahead of us.”

Bein now retired, spent his working life running a chain of health food stores and prior to that in machinery as a John Deere dealer.

“The shops take care of themselves now which let’s us enjoy the dogs.”

He’s held the role as President of the Brisbane Greyhound Racing Club for over a year and admits it has been challenging, however believes things are looking bright.

“We’re on the right track. There’s been announcements for new tracks, something we’ve be starved of for nearly 10 years now. It’s pretty exciting as we’ll have facilities similar to those in Victoria. There’s a good future ahead of us.”