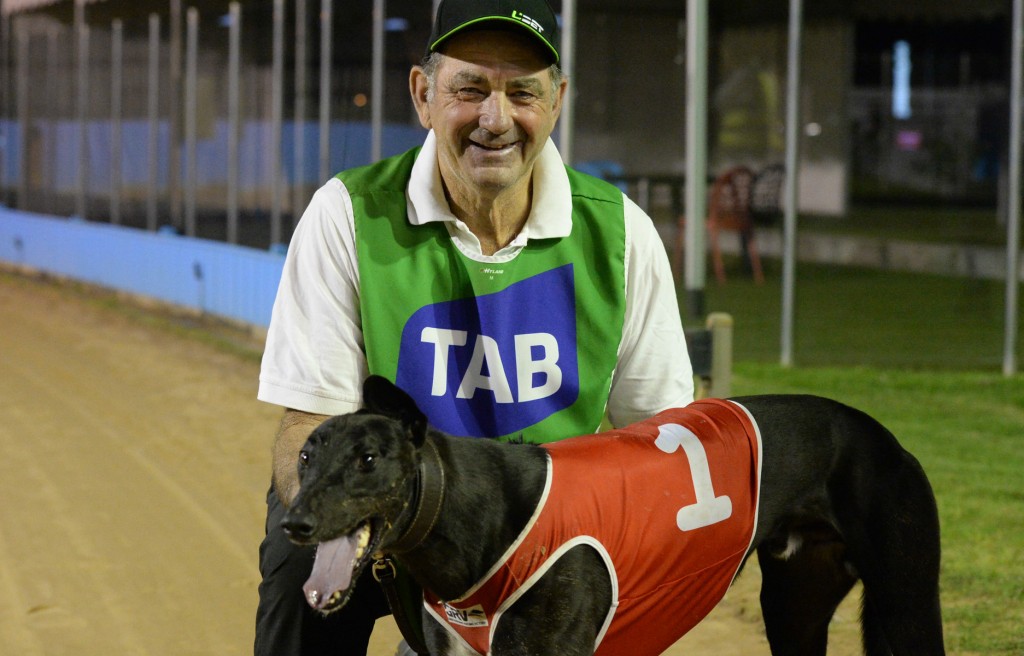 She captured her fourth win on-the-trot in last Thursday night’s Group 3 Lizrene holding off dual Group 1 winner Trip To Eden. All four wins have been in similar fashion, settling at the pointy end of the field before outgunning her rivals with strength. She’s only failed to place once in her seven starts over 715m at Sandown Park.

Trainer Geoff Scott-Smith has been pleasantly surprised by her recent form.

“To back up her runs like she has is a terrific effort. She’s starting to come of age, whether she can maintain her form who knows but she’s doing a real good job at the moment,” said Scott-Smith.

Scott-Smith confirmed Dundee Osprey (pictured with Scott-Smith) will also be nominated for Thursday’s RSN Sandown Cup heats after running 5th in last Thursday’s Group 3 Racecallers. He won in his much anticipated staying debut last month in 41.91.

This time last year he claimed the first of his three Group 1 triumphs for the year in the male greyhound only Harrison-Dawson.

Harrison-Dawson heats and the female greyhound only Sapphire Crown heats will run in conjunction with the RSN Sandown Cup heats this Thursday, which promises to be a stellar night of greyhound racing.

Nominations for all three series’ close tomorrow 9am with fields to be published around midday.

Dundee Calypso takes out the Lizrene