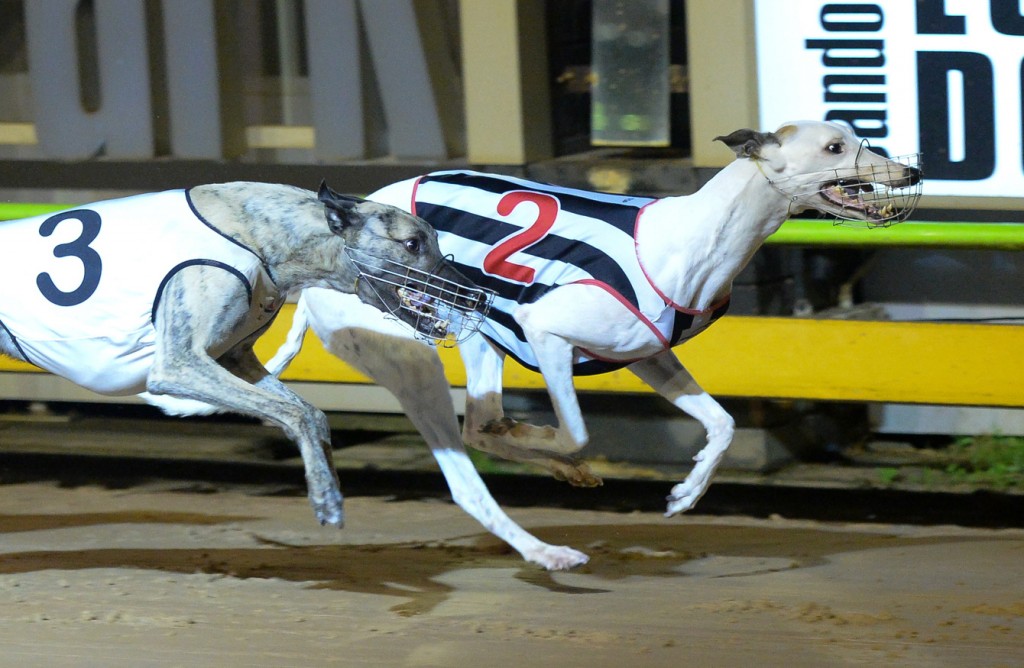 
Peter Dapiran’s evening was short but sweet as his only two greyhounds engaged Sarah Swift and In A Spin quinellaed the fourth race last night at Sandown Park.

Sarah Swift showed her customary early dash while In A Spin was slow to begin and settled midfield. In A Spin stormed home however fell short by ½ length to Sarah Swift in 29.96.

“I expected them to go well though thought the result might have been the other way around. It’s not the first time it’s happened – you always need luck and fortunately we got a bit of it last night,” said Dapiran modestly.

The pair are apart of just seven racing greyhounds in Dapiran’s Northwood kennel. Of the duo, Dapiran is most excited about In A Spin who is starting to live up to connection’s expectations.

“He’s only a young dog and still learning. He broke in sensationally in Queensland and his owners sent him down with big wraps. He went a little bit wayward during pre-training but he’s back now with a bit of confidence.

“He hasn’t had a lot of luck so far in his career, but now he’s starting to work out how to race.”

Sarah Swift’s win was the 13th of her 39 start career. It followed a luckless trip to Albion Park last week for heats of the Bogie Leigh Futurity.

“We took her to Brisbane last week and unfortunately she found some interference around the first turn and didn’t get a go at them.”

Dapiran is open to entering Sarah Swift in next month’s Sapphire Crown series though says the decision is yet to be made.

“She’s going well enough to have a go. I’ll have to speak to the owner.”

Last night’s racing was also highlighted by three staying events with many greyhounds deep in preparation for next month’s RSN Sandown Cup. Dundee Calypso the most impressive of the winners last night, going past Fanta Bale in the closing stages to prevail in good time.

Sarah Swift holds on to defeat In A Spin