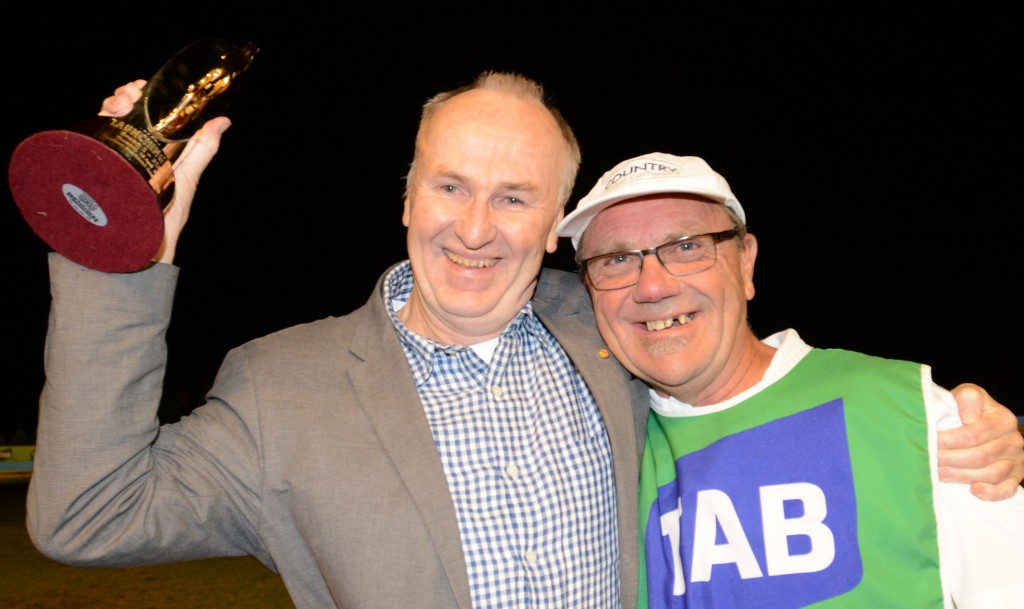 “These guys have done such a great job with all of the dogs I’ve had with them,” said an elated Slattery after Thursday night’s success.

“Steve’s nurtured this greyhound for months to get her right. This run was timed to perfection. We got into the semi-final by three one hundredths of a second when finishing fourth, then she won her semi-final and tonight she was just brilliant.”

Slattery is a prominent figure within Australian sports media, carving out a career as a leading journalist while working for The Australian, The Age, The Herald and the AFL, and later, as a publisher and author. While covering the AFL for over 20 years, racing has remained a passion and in 2005 he embarked on his journey into greyhound ownership.

“I started my journalism career writing on greyhounds as an 18-year-old. At the time I had a passion for racing and punting so it was something I enjoyed.

“I joined a syndicate which luckily brought success, from then on my involvement has snowballed.”

That involvement included acting in an advisory role to the GBOTA following the New South Wales government’s announcement to ban greyhound racing.

“I was in constant conversation with Michael Eberand (GOTBA member and breeder) when the New South Wales crisis was at its worst. I assisted him with media management – I gave advice to the GBOTA, in how to handle the media and assisted them with their press releases.

“As a return favour he offered me a greyhound he had up for sale. I took up the offer for a bargain price.”

That greyhound was Suffragette. Thursday night’s $150,000 first prize took her prize money tally to $178,198 from just 17 race starts. A litter sister to leading stayer Ebby Ripper and half-sister to group race winners Bella Infrared and Braking Bad, Suffragette will head to the breeding barn once her racing career is completed. But in the meantime, more group success beckons with the $145,000 group 1 Sapphire Crown at Sandown Park her next assignment.

Click here for more on Suffragette’s Launching Pad win and a wrap of what was a huge night at Sandown Park.