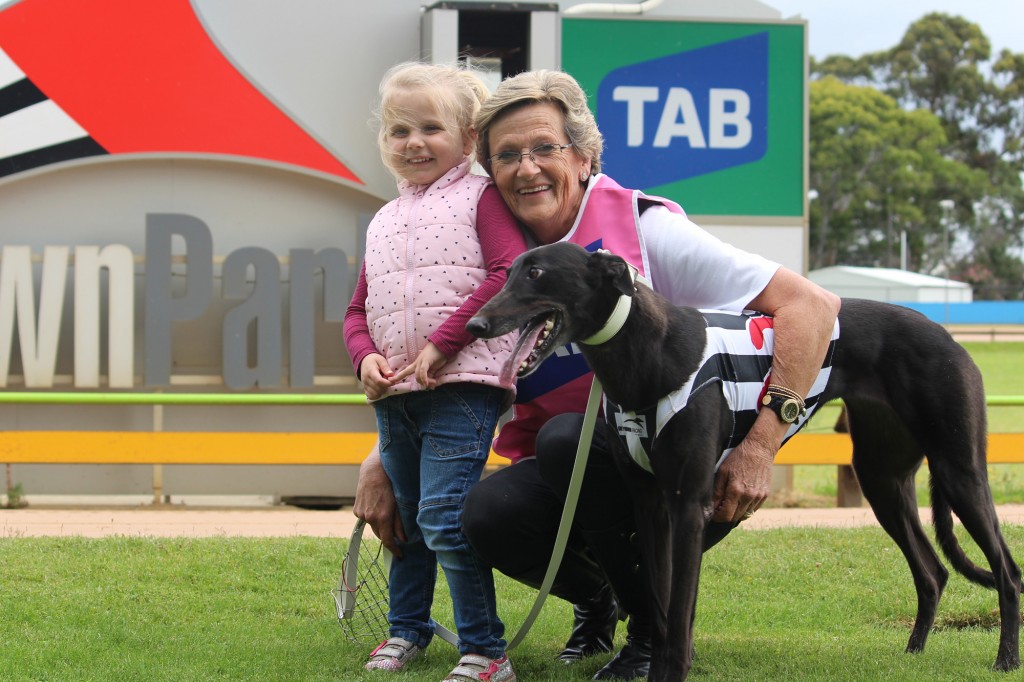 Paris has a clear favourite for Judy Hayley Memorial


While mum and nan both have a runner in Thursday night’s Judy Hayley Memorial, there’s no question who three year old Paris Jackson will be cheering home.

“She got pretty excited when ‘Jazzy’ led at Sandown a couple of weeks ago, but she got ran down and finished third. When she held on on Sunday she had to get a photo.”

Not only is Paris a big fan on the track, she’s a big help in the kennels.

“It’s great actually, she likes to help out. She changes the water bowls, washes their feet after running up the straight track, helps dad make their food, brushes them. No jokes – she does all that.”

The Judy Hayley Memorial commemorates the life of the Melbourne Cup winning trainer. It is open to lady trainers only and is the feature event on track during the club’s Shades Of Greyhound Girls Night Out.

The night also celebrates the contribution of women to the sport of greyhound racing. Paris Jackson is the third generation of her family to have a passion for the sport, following on from her mother Angela and nan Jackie Greenough.

It all began soon after Jackie starting seeing her future husband, Kelvyn.

“We got our first greyhounds when I was about 18,” Greenough explained.

“We were going out together and Kelvyn bought two, a boy and a girl. That was the first time I’d ever been near one. I had never had anything to do with them before, not training, not racing, not betting.”

Since then, the Greenoughs have established themselves as one of the sport’s most respected conditioners and have seen some of the fastest greyhounds in the sport pass through their Pearcedale kennels.

While Jackie was introduced to the sport, her daughter Angie was born into it. Along with her older sister Michelle, the Greenough girls grew up with the racing dogs. While Michelle has moved onto other things, Angela is an important part of the Greenough’s success.

“She’s a natural with them,” said Jackie.

“She had a bit of success early on too with her first dog Bobby Boucheau winning three group 1s, including the Sandown Cup. We’re still waiting for another one as good as him.”

Now a third generation of Greenoughs have joined the team, with Michelle’s son Bradley and his girlfriend Chelbe learning the caper.

“It’s one of the great parts of doing what we do, the way it keeps the whole family together.”

Aston Gisle ($3.20) and Tullabung Betty ($3.50) have been marked clear favourites for Thursday night’s final, however Jackie was cautious when asked about which greyhound was the one to beat.

“It’s really not what we wanted,” she said referring to the box draw.

“If they had of drawn other way around I would have been happier. Tullabung Betty is a bit quicker early and ‘Jazzy’ doesn’t like greyhounds crowding her on the outside. But ‘Jazzy’ is probably quicker overall.”

Regardless of who wins on Thursday night, the youngest member of the Greenough clan will be ready for to give them a brush and a cuddle. 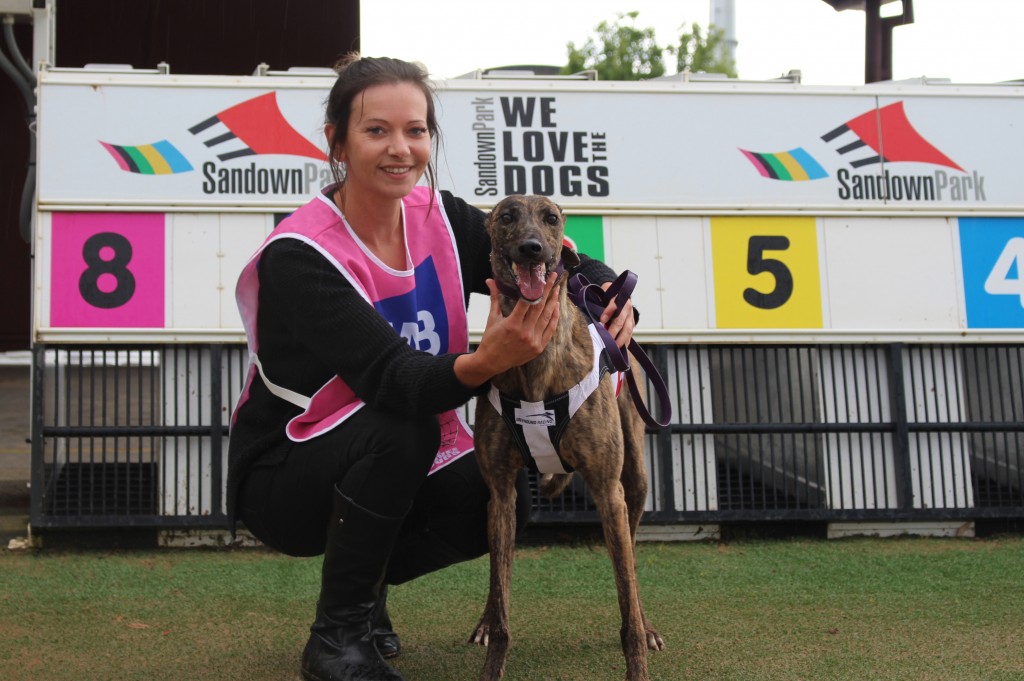 Supporting three fantastic causes – the Will Murray Foundation, Monash Health Breast Oncology and Leukaemia Units, and the Matt Height Appeal – the night will feature champagne and cocktails, music, prizes and great entertainment on and off the track. The feature event of the evening is the Judy Hayley Memorial for Lady Trainers only, named in honour of the 2001 Melbourne Cup winning trainer who lost her brave battle with cancer in 2012.

Limited tickets remain for the event, click on the image below for further details and to secure your seat.