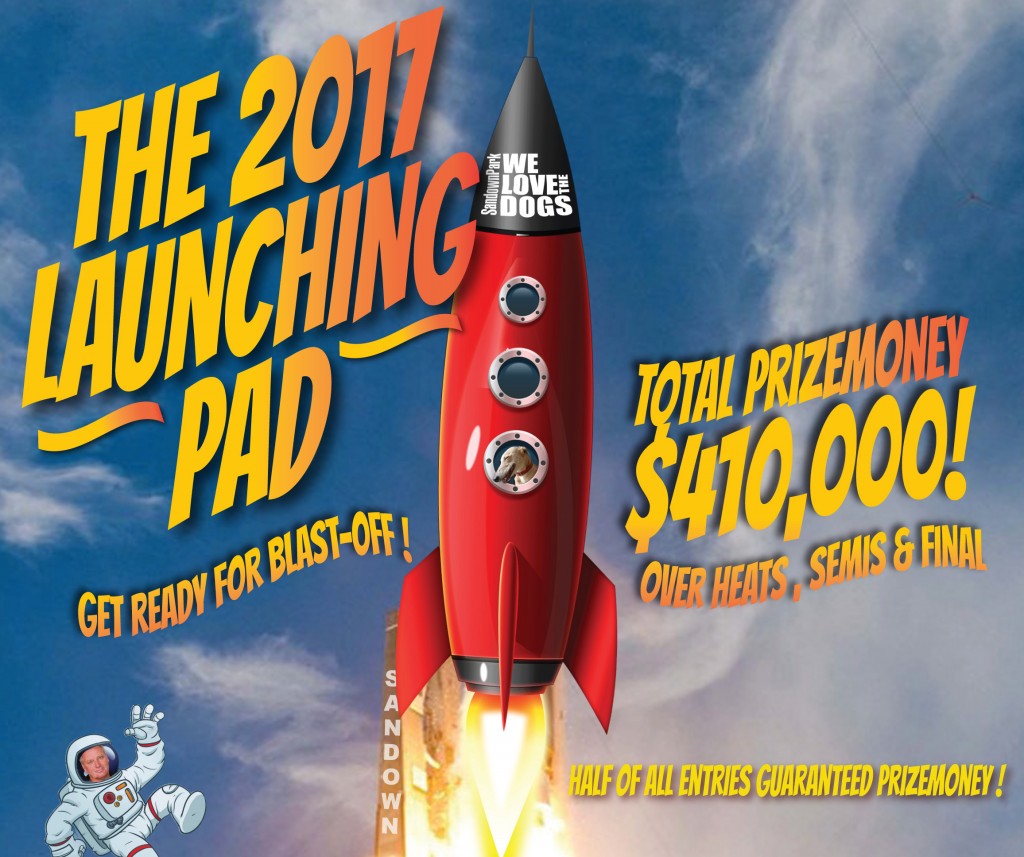 
Entry forms for the 2017 group 2 Launching Pad go on sale at 9am this Wednesday.

Now in its third year as a sweepstakes event, the 2017 Launching Pad carries $410,000 in prize money across three massive weeks of chasing.

The Launching Pad differs to normal greyhound racing events in that positions in the heats are sold to owners, trainers, syndicates, clubs and industry bodies. Nominations for the series is for greyhounds with 1-6 wins and no more than 30 career starts.

There are 80 entry forms available at $2000 each with all money raised added to the prize money pool with the winner of the Launching Pad pocketing $150,000. The three-week series also features a consolation for greyhounds that don’t progress to the semi-finals, the winner which picks up $15,000. In all, over half of the greyhounds competing in the series will earn prize money.

Entry Forms are fully transferable ahead of the Friday 24 March deadline.

Nominations for the series close at 8am on Monday 27 March, heats will be run on Thursday 30 March, semi-finals on Thursday 6 April, and final on Thursday 13 April.

Please contact the Sandown Greyhound Racing Club racing department on 03 9546 9511 or email racingatsandown@grv.org.au if you have any questions regarding the 2017 Launching Pad.

Mick Floyd is the Racing and Media Manager at Sandown Park. You can follow him on Twitter @mickfloyd