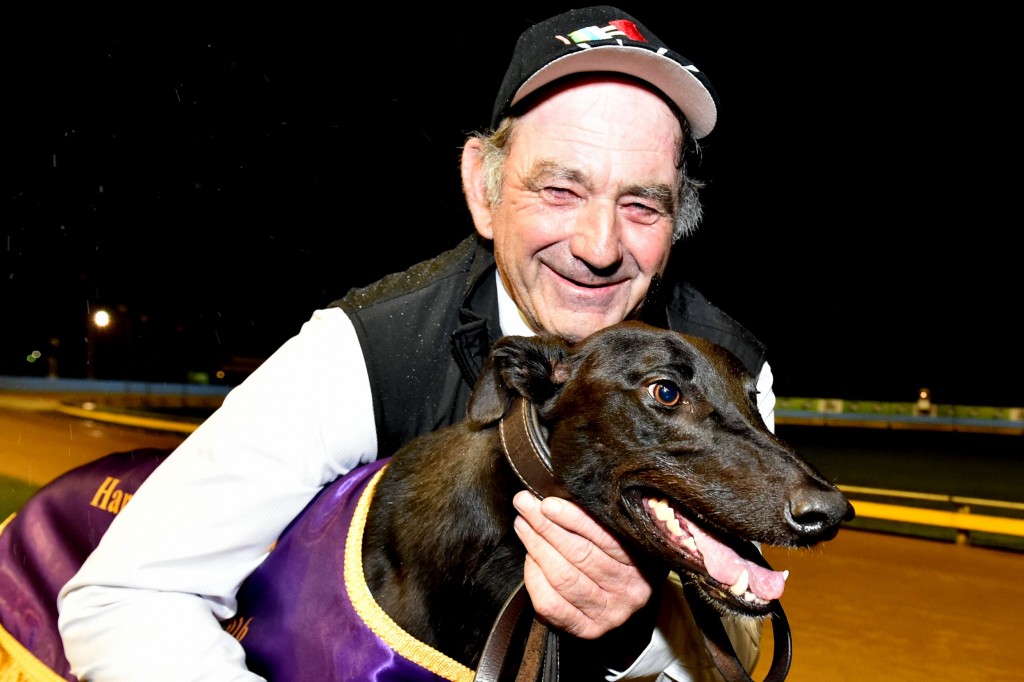 
Dundee Osprey has been named the Sandown Greyhound Racing Club’s 2016 Greyhound of the Year.

A winner of three group 1 races and in excess of $450,000 in career prize money, Dundee Osprey excelled at Sandown Park in 2016.

His first run at the track in 2016 was an inauspicious seventh over 595m on Sunday 24 January. After two solid wins at Cranbourne, Dundee Osprey returned to Sandown on Thursday 18 February and on the final race of the night, clocked a stunning 12½ length win in 29.109 over 515m.

“I nearly fell over when he began so well, though he has been beginning a bit better lately – with a clear run he goes really well,” said his owner, trainer and breeder Geoff Scott-Smith following the win. 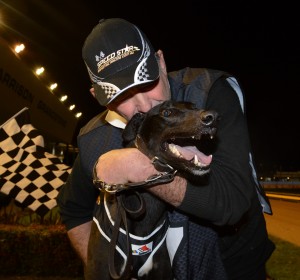 It was sign of things to come for the 35kg son of Fabregas. After reaching the final of the group 2 Launching Pad and contesting the group 3 Speed Star a fortnight later, Dundee Osprey won his heat of the group 1 Harrison-Dawson. Despite his impressive 29.31 heat win (his slowest ever win at the venue), he was sent to the boxes a 25/1 chance for the $145,000 final and would defeat a quality field by 3½ lengths.

His versatility shone through when he ran second over 595m in the McKenna Memorial before again switching back to the sprint to win the Speed Star in September. He’d go on to run third in the group 2 Shootout, win the Listed Cup Night Sprint, and run a fast finishing second in the group 3 Sir John Dillion, again over 595m.

In all, Dundee Osprey would contest an incredible eight feature events at Sandown Park in 2016. From 17 starts during the year Dundee Osprey won seven (including three feature finals) and with seven minor placings earned him over $195,000 in prize money. Amazingly, all six of his wins over 515m were in 29.31 or faster.

“I knew he was a good dog and had a lot of ability, I knew he was going to eventually come up against all these good dogs but I wasn’t sure if he’d be able to handle it. Since then he’s proved that he can match and beat the best,” said Scott-Smith after claiming the Speed Star in September.