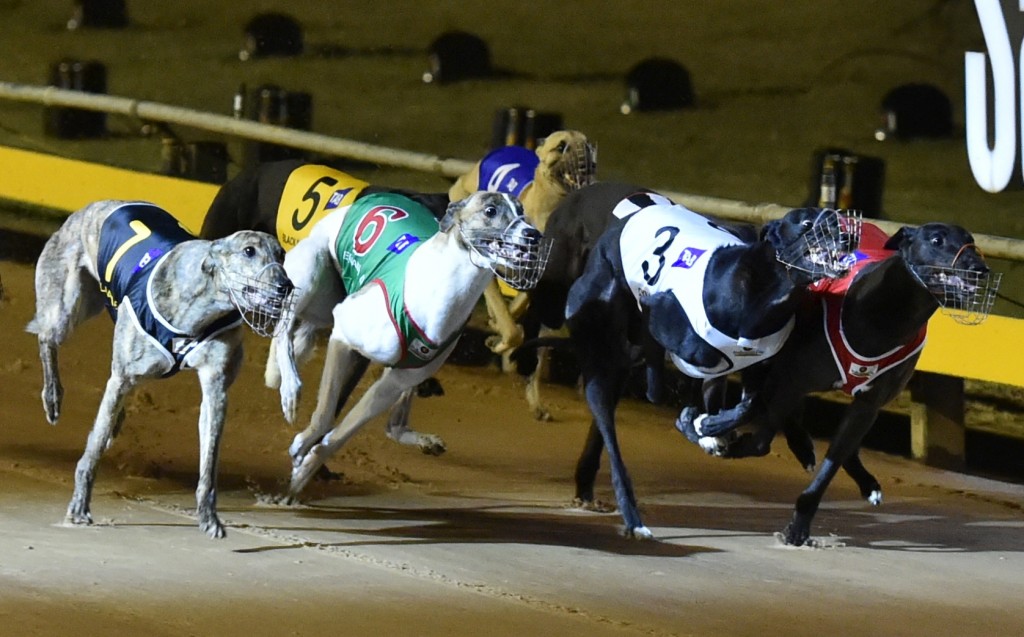 
TAB Melbourne Cup heats night is widely regarded as Australia’s best night of greyhound racing – this year is no exception.

The first heat kicks off 7.49pm and thanks to tab.com.au there’s a guaranteed $10,000 First Four pool on every race this Friday night.

Simone Fisher will be on-track for Sky Racing, James Van de Maat and George Farrugia will be dissecting every heat of the night on RSN Carnival.

TAB Melbourne Cup heat 1
Traralgon Cup winner Pantera Nera holds the key to the first heat after drawing the inside alley. He’s a pretty consistent beginner and we can rely on him to begin well and drive straight. New South Wales star Ando’s Mac found it tough in his Prelude last week – from box 8 he will have opportunity to accelerate however will need to work hard to cross the speedy Allen Terminator on his inside. Marley Bale is a freak talent however does need things to go to plan.

TAB Melbourne Cup heat 2
Thirty Talks was desperately unlucky in his Prelude last week, did not get a chance to showcase his talent. The superstar Queenslander can do anything on his night however it’s crucial he begins ahead of Worm Burner as he will want to shift off the track around the first turn. If both greyhounds find luck they will be charging home late. Expect early speed to come from Diego Bale, Alpha Demeter and Jack Walker.

TAB Melbourne Cup heat 3
Zabdon Ferrari gave Victoria a glimpse of what he is capable of last week with a flying 29.33 Prelude win. He not only speared out of the boxes but set a red hot 18.62 to the second split into a strong head wind. Aston Bolero is certain to be at the head of the field early. He will likely jump ahead of the wide running Leo’s Gift who will make things difficult for the runners on his outside. Dyna Boomer is a noted slow beginner though will get room early and will hit the line hard.

TAB Melbourne Cup heat 4
Australia’s best greyhound Zambora Brockie headlines TAB Melbourne Cup heat 4. A repeat of last week’s performance in his Shootout win (29.17) will have him winning this race. Pop The Cork and Ritza Lenny are the obvious dangers however box manners aren’t their greatest asset. Mepunga Tyler comes off back-to-back tradesman like wins in good time however will need to shift up a gear to defeat this field.

TAB Melbourne Cup heat 5
In my opinion this is without doubt the strongest heat of the night. Jesaulenko completed his Cup preparations with a super quick win at Sale on Sunday night and looks the likely leader here. Veteran yet ultra professional Margins will be relying on luck in running but given the opportunity certainly knows how to weave through a field. Buck Forty is poorly drawn and will try settle in a position on the rail before doing his best work late. Blazin’ Bomber is at the peak of his powers however will be relying on luck and track record holder Unlawful Entry is looking ominous since his recent return to racing.

TAB Melbourne Cup heat 6
Recent Speed Star and Topgun winner Dundee Osprey highlights heat 6. He does like to use the track and swoop around the field so the wide alley will suit him. Queensland speedster Split Image looks the leader from Greysynd Emma. Yanong and One For Me will be making moves mid race and will finish strongly. Dundee Osprey without doubt the one to beat.

TAB Melbourne Cup heat 7
Outside Pass looks extremely hard to hold out from box 1. At Sandown Park she averages a first split of 5.10 – if she can run that and hug the rail she is going to be extremely hard to run down. She will run home in 10.40 and no greyhound in this field will match that. Mincin’ Machine will likely begin on terms with Outside Pass however should give her no problems to the first bend. Expect a bold run from Shima Song, she’s a greyhound that is strong at both ends of the race.

TAB Melbourne Cup heat 8
Fanta Bale is undefeated at Sandown Park from five outings. Her box manners have improved significantly since debuting and is now just about the complete package. Although this is a star studded field an upset wouldn’t suprise. Lismore Cup winner Tripum was exceptional in his Prelude (29.33) and will be vying for the lead in this heat. Weekend Binge, American Monster, Aqua Cheetah and Must Have boast strong recent form and all represent value.

TAB Melbourne Cup heats – what a night of chasing!
Dailly set sights on a third Melbourne Cup
Crafting a Cup of dreams