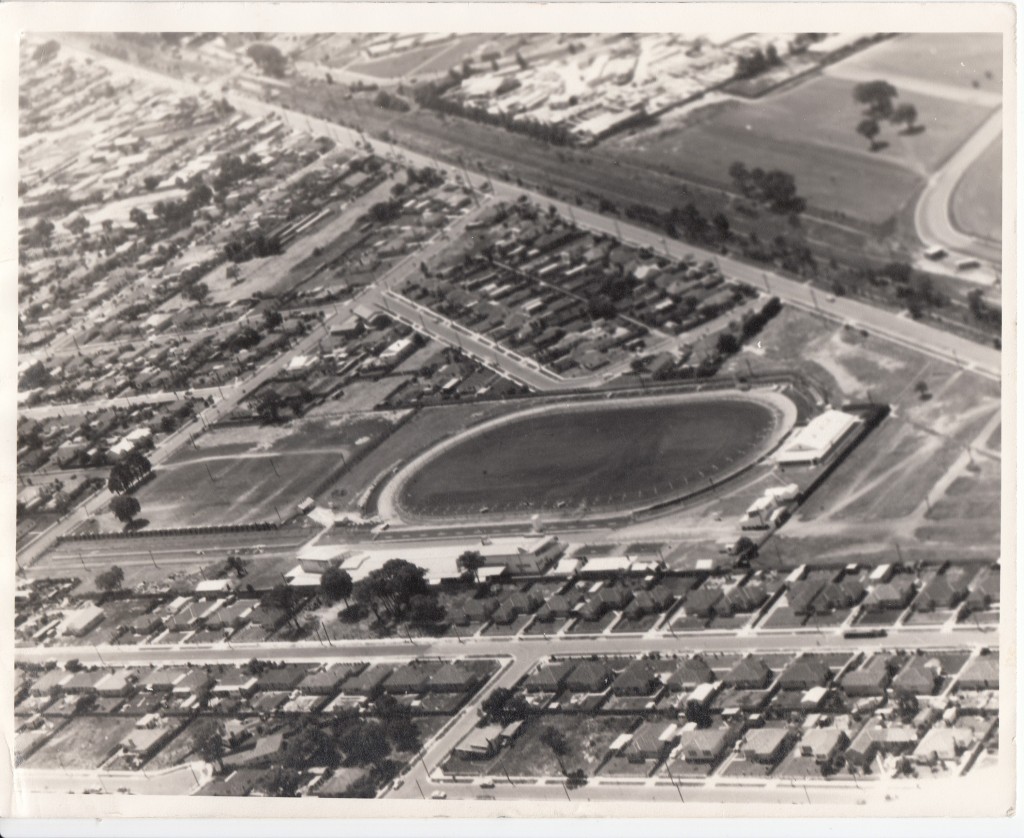 
Greyhound racing changed forever in 1956 when the ‘tin hare’ returned with the opening of the new Sandown Park greyhound track. .

‘Tin hare’ racing, or mechanical lure racing much as we have now, had made one previous appearance at the White City circuit in 1927. Cars were parked more than a mile from the track as a crowd of more than 30,000 people forced the organisers to throw open the gates. Legislation prohibiting the sport had been drafted but not enacted before the meeting, but with the bill’s ascension the sport continued in its traditional formats.

After years of lobbying, proprietary racing (privately owned and operated) was outlawed in 1955 and non-proprietary (not for profit) racing behind the tin hare legalised under license by the new Greyhound Racing Control Board.

The National Coursing Association of Victoria formed the non-proprietary Sandown Greyhound Racing Club (as it would come to be known) and promoted one of the two metropolitan greyhound racing licenses. It had purchased the land from the Sandown Park Coursing Club greyhound racing in 1955 for £55,000, and invested a further £25,000 on converting the existing horseshoe/straight track into a modern circle track and upgrading amenities.

Over 9000 yards of pack filling, top soil, cinders and crushed rock was used on the new circuit, with the established grass coming from the previous track. The track and grounds were laid out by Arthur W. Purnell, the well regarded architect who also designed the MCG’s Olympic Stand and conversion of the MCG ahead of the 1956 Olympic Games.

The design for the new track was based on White City in London and Newcastle in New South Wales. The result was a spacious, 460yard grass track with racing distances of 555 yards and 785 yards (or 420m, 507m and 717m). 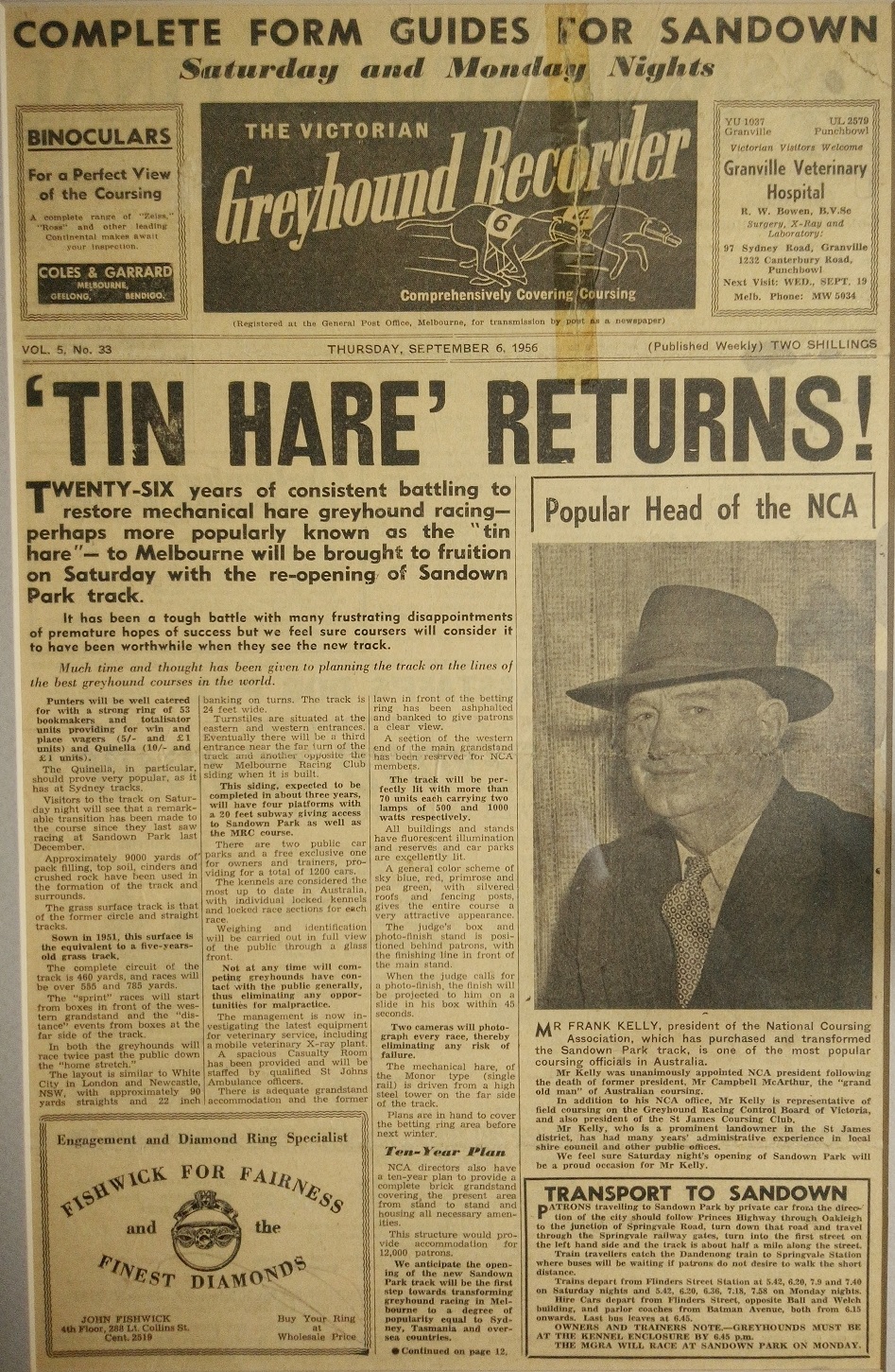 Two new grandstands and a sloped asphalt area gave patrons a clear view of the entire track while providing the latest amenities. Patrons were also able to view the greyhounds get weighed and vetted in the kennels through a glass front, and as one media outlet reported at the time, ‘at no stage will competing greyhounds have contact with the public generally, eliminating any opportunities for malpractice.’

The kennels, already regarded as being of the highest standard, were further improved with sound-proofing and cooling devices. And all buildings had fluorescent illumination!

Two cameras ensured provided a back up for the judges, who when calling for a photo, were able to have the image projected on a slide within 45 seconds, a remarkable feat for the day. The lure was driven from a dedicated tower on the back straight.

One of the oddities of the track was a large clock above the scratching board. It origins are unclear, but its year of manufacture was 1876.

Transport to the track was by train on the Dandenong line to Springvale Station (despite being expected to open within ‘about three years’ of the track opening, Sandown Park station did not open to the public until 1965). A special train departed platform 6 at Flinders Street station at 6.45pm, returning at 11.05pm. Parlour coaches (from Batman Avenue) and taxis (from Flinders Street) were also available.

For those who took private transport, two public car parks and a third for owners and trainers provided space for 1200 vehicles. Turnstiles were located at the eastern and western entrances. A third entrance was planned for the far turn, and another opposite the new Sandown Park station once built.

The track’s gala opening was set down for Saturday 8 September, and after 29 years, greyhound racing was finally ready for the return of the tin hare.