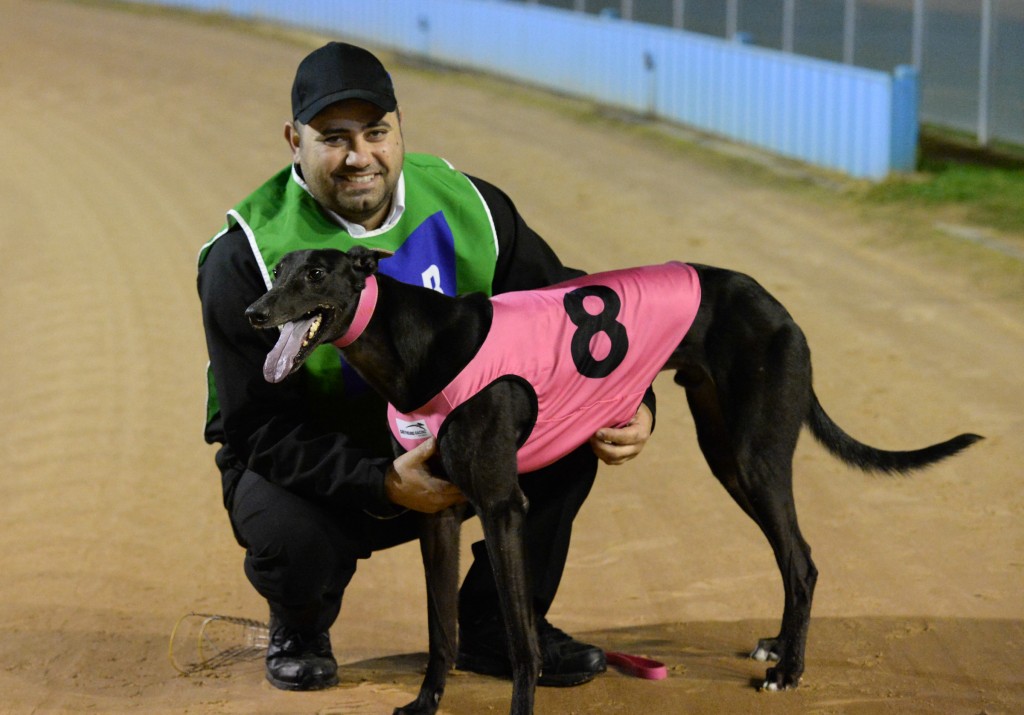 The Anthony Azzopardi trained chaser is the fastest qualifier for the series after clocking 29.140 in a dazzling display when winning by 8½ lengths in July. Despite ending his streak of nine consecutive wins when running second in the National Sprint Championship final in Adelaide on Saturday night, TAB has opened Zambora Brockie the $2.20 favourite to claim the Speed Star.

The series will kick off with track specialist Polijuice Potion against Allen Terminator, followed by Jesaulenko and Shima Song.

Zambora Brockie will meet Dyna Boomer in the third match before the country’s most exciting stayer Burn One Down meets Dundee Osprey in what is likely to be the most anticipated match of the evening. Burn One Down is the second favourite for the series after trialling 29.282 on Sunday afternoon to qualify in third place for the series, while Dundee Osprey was the second fastest qualifier after trialling 29.237 the Sunday prior. Both greyhounds contested the Bill Collins Speed Star in May and are the only two greyhounds to have competed in the format previously.

Snakebite Bale and Blazin’ Bomber are the reserves.

The Speed Star will be run as race 6 on Thursday 1 September. 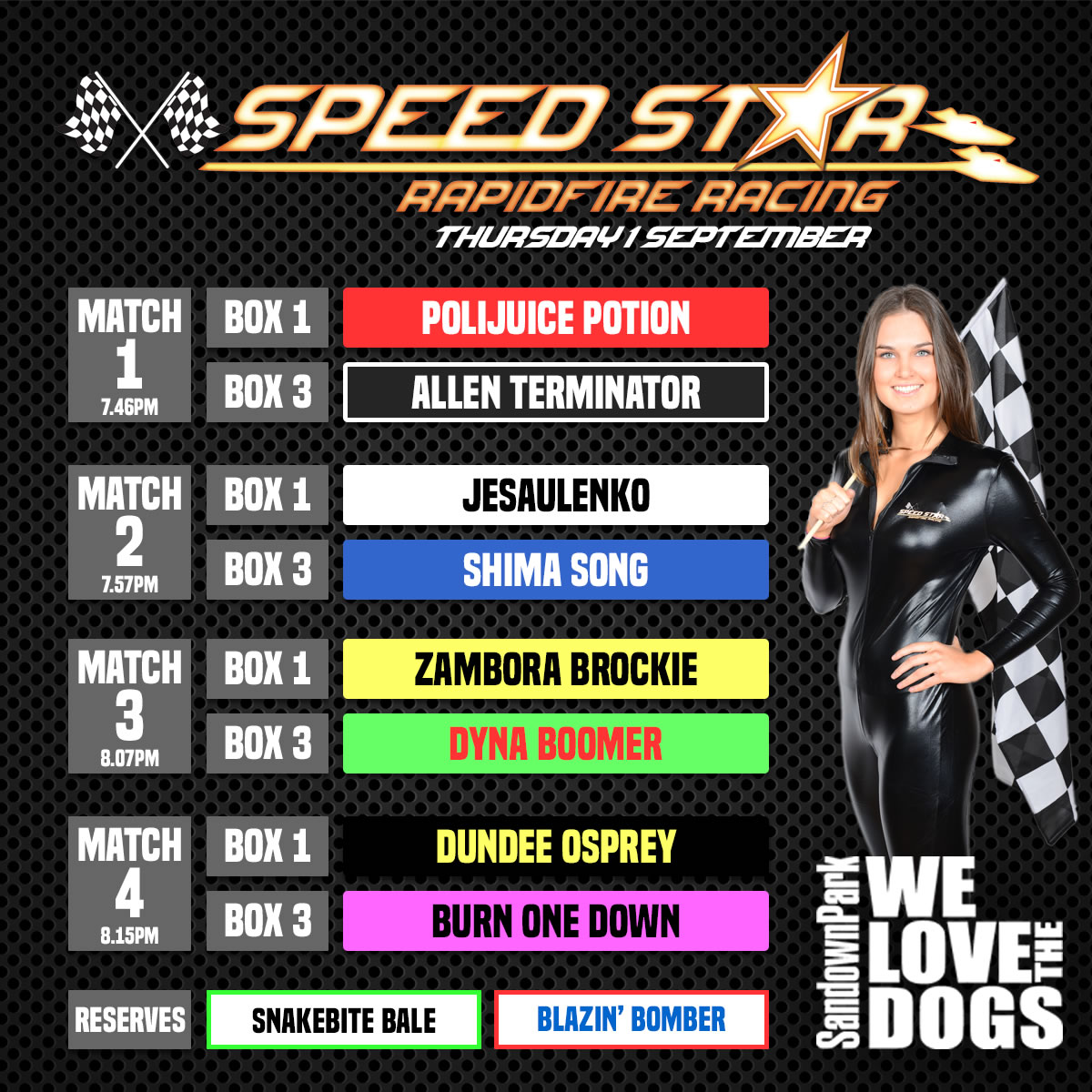 Click here for more on the Speed Star format and final leaderboard.