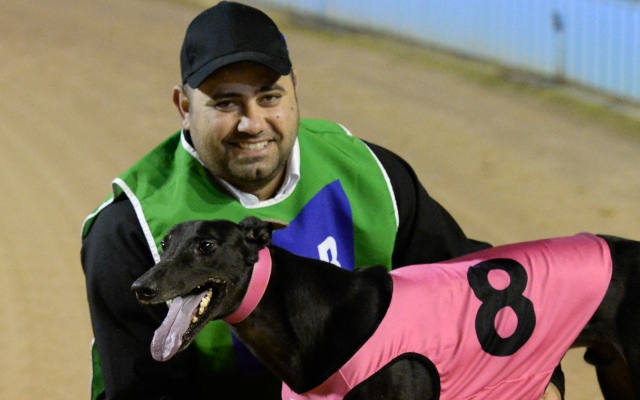 
Anthony Azzopardi has confirmed Zambora Brockie will head to the Speed Star.

Zambora Brockie was absent from May’s Bill Collins Speed Star due to a clash with the Warrnambool Cup series.

“Last time there was a clash with Warrnambool so he wasn’t able to compete – this time around it fits in nice.”

Zambora Brockie currently sits on top of the Speed Star leader board with a 29.140 and when asked if that time is the best he’s got, Azzopardi firmly replied “Nope.”

“I really think he can go quicker – I’m hesitant to say that because it could make me look like a fool. I know it’s a big statement but this dog can really run.”

Former Queenslander Norm The Storm, one of the newest additions to Azzopardi’s kennel, will make his Victorian debut this Thursday night and is also Speed Star bound.

“There’s a dog debuting for us this Thursday night called Norm The Storm – the Speed Star will be his aim before stepping up in distance.”