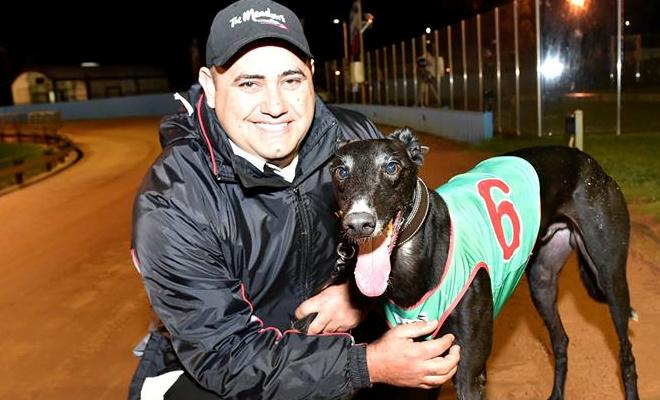 No Donuts hones in on Sandown Cup


No Donuts launched his attack on the RSN927 Sandown Cup tonight with an impressive heat win.

No Donuts was moderate to begin from box six though quickly mustered pace to swoop past the leader around the first bend. From there he was never headed, going on to set the fastest heat win of 41.78. Kilkee Flex was a gallant runner up and gained her way into next week’s final being the fastest 2nd of the seven heats, the greatest number of heats ever run for the series.

The classy Luna Jinx returned to her best when storming home to snare heat 3. Next week’s final will be her 8th group final and 4th at group 1 level.

Dublin Bull capitalized on his strength to cement his spot in next week’s final, while Bells Are Ringin led all the way to take out the penultimate heat.

Who Dey, a recent addition to the Jason Thompson kennel took out the final heat.

The box draw for the world’s richest staying race will be broadcast live Saturday morning on RSN927 from 11am. UPDATE: Click here for box draw result