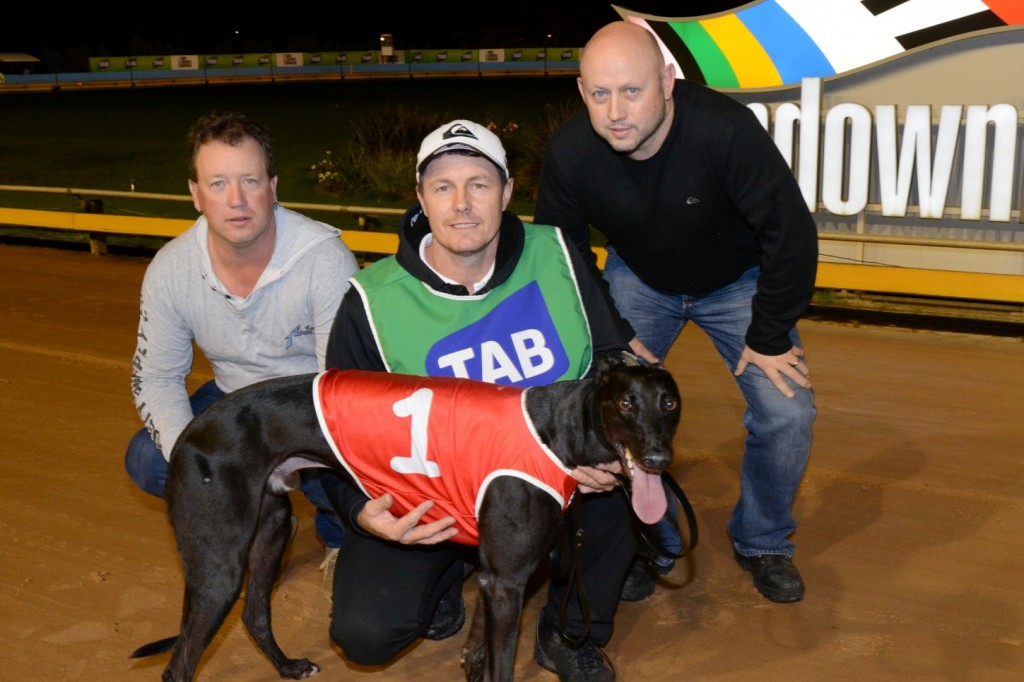 Bomber locks on to group 1 glory


A week after blitzing his rivals in the group 3 Bill Collins Speed Star, Blazin’ Bomber again set Sandown Park alight to set the time standard in the heats of the $145,000 group 1 Harrison-Dawson.

Blazin’ Bomber began well from box one and railed hard around the first bend to settle second down the back straight. He then flew by early leader Dyna Irminus to win by an increasing 6¼ lengths from Dalgetty in 29.15.

“It helps when he draws well,” laughed trainer Darren Pattinson following the run.

Good box draw or not, Blazin’ Bomber is in a rare vein of form having now recorded five wins from six starts since returning from injury – all in best of night time. His only loss in that time came in the group 1 Perth Cup in which he jumped from 3, the same box from which he’ll contest next Thursday night’s final.

Soda Man caused the upset of the night when he took out heat 2. Soda Man began well and nudged out the favourite Ultimate Magic to lead heading to the back straight. Tiggerlong Await looked to be the late challenger but was no match for Soda Man who saluted at odds of $21.

Trainer Correy Grenfell and a team of fans were on hand to celebrate the win.

“I took him to Cannington and he struggled,” said Grenfell.

“Since then I’ve given him three weeks off to freshen him up for this series – he came out great tonight.”

The Jason Thompson trained Invictus Rapid took out the third heat from Warrnambool Classic winner One For Me.

A large team of owners were on track to witness the win, none more excited than George Zogoulas.

“I’m absolutely over the moon,” he said.

“We’ve always known he’s had this ability, he’s just had to get it together and tonight that’s what he did. It was a magnificent effort especially in a field of that quality.

“Our family and friends were here tonight to cheer him on – the feeling is unreal.”

Dundee Osprey returned to his sparkling best when he took out the final heat at $27.30. Despite the big odds, trainer Geoff Scott-Smith was confident his charge was ready though was aware of the enormity of the task at hand.

“When he came out of the kennel he was raring to go, I thought ‘he’s switched on’ but he’s in a very good field,” he said.

“He ran home really well tonight, it was a good effort,” said Scott-Smith.

The Harrison-Dawson is the second leg of a group 1 double on Thursday 19 May, with the final of the Sapphire Crown for the female greyhounds also to be decided. Rounding out one of the biggest night of greyhound racing on the calendar, the night will also see the heats of the $250,000 group 1 RSN927 Sandown Cup. 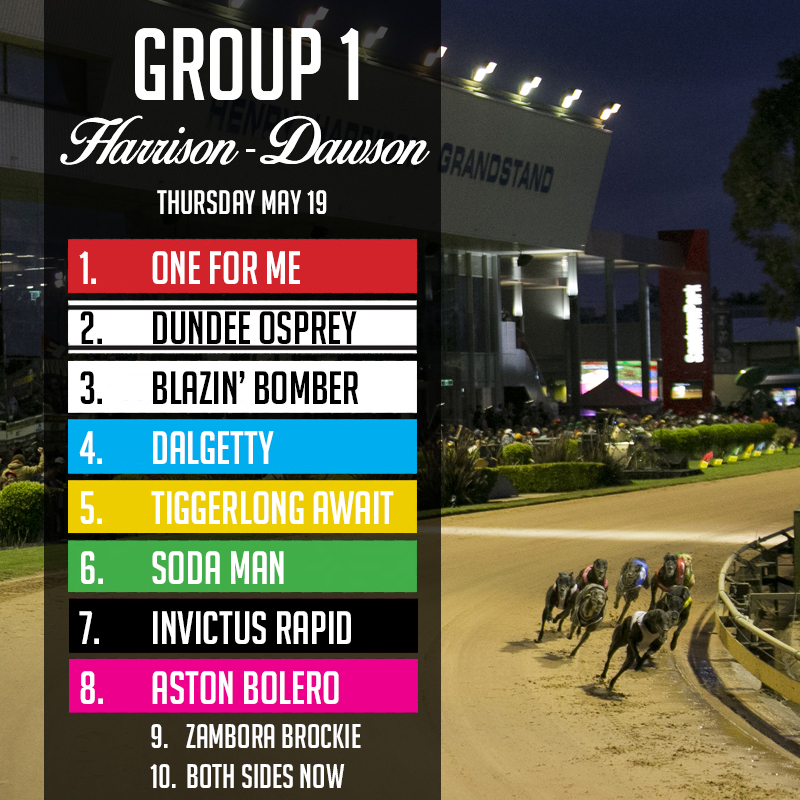