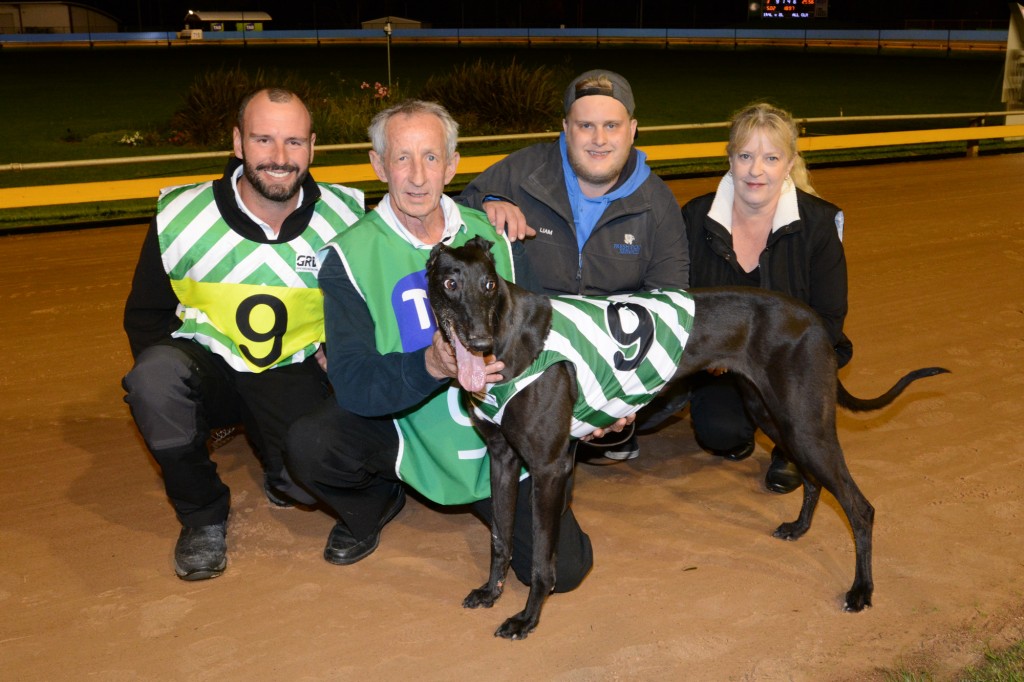 Narralee into the heats, easily into the final


It’s not often a reserve wins a heat of a $145,000 group 1 feature, but that’s exactly what Narralee did in her heat of the Sapphire Crown at Sandown Park tonight.

Following the scratching of Dash of Rose in heat 3, Narralee took her place in the field and sprung out of box 8 to take out the penultimate heat from New South Wales visitor Star Torana in 29.56.

Trainer and handler Stephen Creighton was ecstatic after what has been a long road to recovery.

“She injured her achilles in the Classic final at Sale 9 or 10 months ago,” he said.

“My family and I put a lot of work into her to get her back racing. She was pretty fit we decided to step her up in distance – she won at Sale, then Traralgon and has come here and won again tonight. I can’t fault anything about her – she’s a lovely dog with a beautiful nature.”

Earlier in the night, Folio Bale kicked off proceedings with the fastest heat win of 29.30. Nymeria was gallant in second and also advanced to next week’s final.

Nymeria’s trainer Brooke Ennis was happy with the run in what was just her second start back from a spell.

“We expected her to jump a bit better than that – she’s just come back from being on season so she’ll be better for the run,” said Ennis.

In heat 2 Mepunga Fame produced a brilliant display of speed when she led all of the way to defeat Skate Thin Ice and Cash In Motion in 29.53.

One of the country’s most consistent chasers, Shared Equity, continued her stellar form when she took out the final heat. Shared Equity exploded out of box six before shifting off the track at the first turn, allowing It’s All Talk to rail and take control. Shared Equity responded gallantly to run down It’s All Talk in 29.64.

Trainer Angela Langton was full of praise for her star chaser.

“We’ve been on an amazing ride with her and she’s such a beautiful animal to have around – it’s a pleasure to have her. Hopefully she can begin as well next week as she did tonight,” said Langton.

The Sapphire Crown will be the 12th group final of her career.

The Sapphire Crown is the first leg of a group 1 double on Thursday 19 May, with the final of the Harrison-Dawson for the male greyhounds also to be decided. Rounding out one of the biggest night of greyhound racing on the calendar, the night will also see the heats of the $250,000 group 1 RSN927 Sandown Cup.

Click here for a summary of the Harrison-Dawson heats. 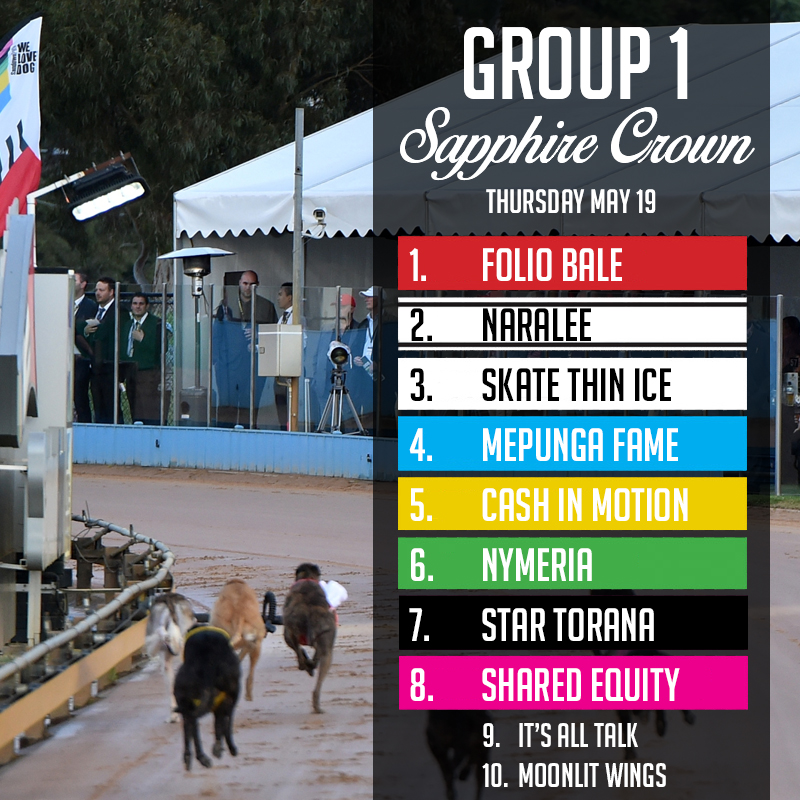 PAW NOTE: The dead heat between Cash In Motion and Skate Thin Ice in the second heat of the Sapphire Crown meant that there were five greyhounds that ran second in their respective heats.

Where a dead heat is adjudged in a heat and as a result provides a number in excess of (8) and two reserves for the final, the determination shall be made first on the basis of finishing order, and then based on the measurement of finishing time for each subsequent placegetter. The greyhound/s that qualifies faster shall be considered ahead of the slower greyhound/s.

Therefore, the four fastest greyhounds that finished second in their respective heat progress to the final, with the fifth fastest becoming the first reserve (and the fastest third place getter becoming the second reserve).

As the fifth fastest runner up, It’s All Talk is the first reserve for next week’s Sapphire Crown final. The fastest third place getter, Moonlit Wings, will be the second reserve.