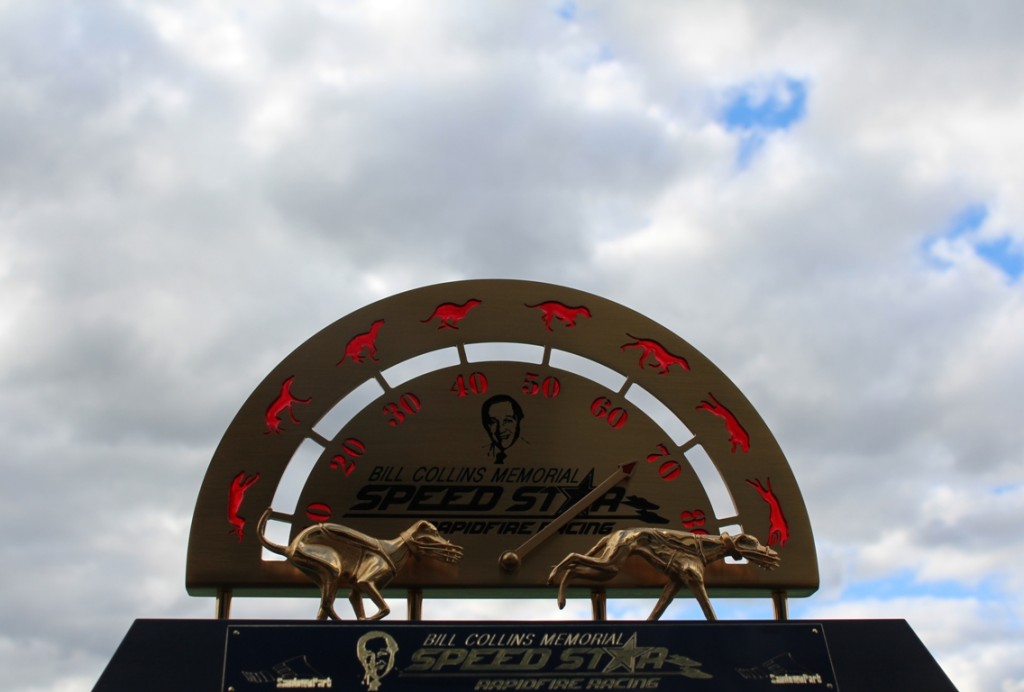 Bill Collins Speed Star – All you need to know


TAB has a range of unique markets available on tonight’s big Bill Collins Speedstar which is shaping as one of the most anticipated races of the year.

As well as the head to head markets on each match and overall winner, TAB is also offering markets on the fastest first split, whether the track record will be broken, over/under on the winning time, and which box will have the most winners.

Eight of the country’s fastest greyhounds have come together for the series that offers $10,000 for the winner of each of the four match races, with an additional $15,000 to the greyhound that clocks the fastest time. The Bill Collins Speed Star is race 3 on the card.

Other features on the night include the group 3 Lizrene (715m), the group 3 Racecallers (595m), the VBIS Maiden Final, and the Smart Missile @ Stud best 8.

Tonight is the first week of a massive month of racing at HQ, featuring nine feature finals and over $900,000 in prize money. The carnival culminates with the world’s richest race for stayers, the RSN927 Sandown Cup on Thursday 26 May.

Top Dog Tipping kicks off tonight with $14,000 in cash up for grabs just for tipping a winner. Details below.

– Overall winner
– Head to Head on each match
– Fastest first split
– Winning time over/under (29.099 below or 29.100 above)
– Track record being broken
– Which box will provide the most winners

TAB.com.au will have fixed odds markets for all races from 5pm.
There is a $10,000 BIG6 jackpot on tonight’s meeting, races 3-9

——————————————–
Getting to the track
Sandown Greyhound Racing Club
View Road, Springvale
Car – Ample free parking is available in the View Road car park
Public Transport – the track is a short walk from the Sandown Park train station on the Cranbourne/Dandenong/Pakenham line

——————————————–
Chance to win
Tonight is the first night of the Top Dog Tipping competition. Tipping on the first 8 races on tonight’s meeting, with big cash prizes up for grabs! Entry is free,