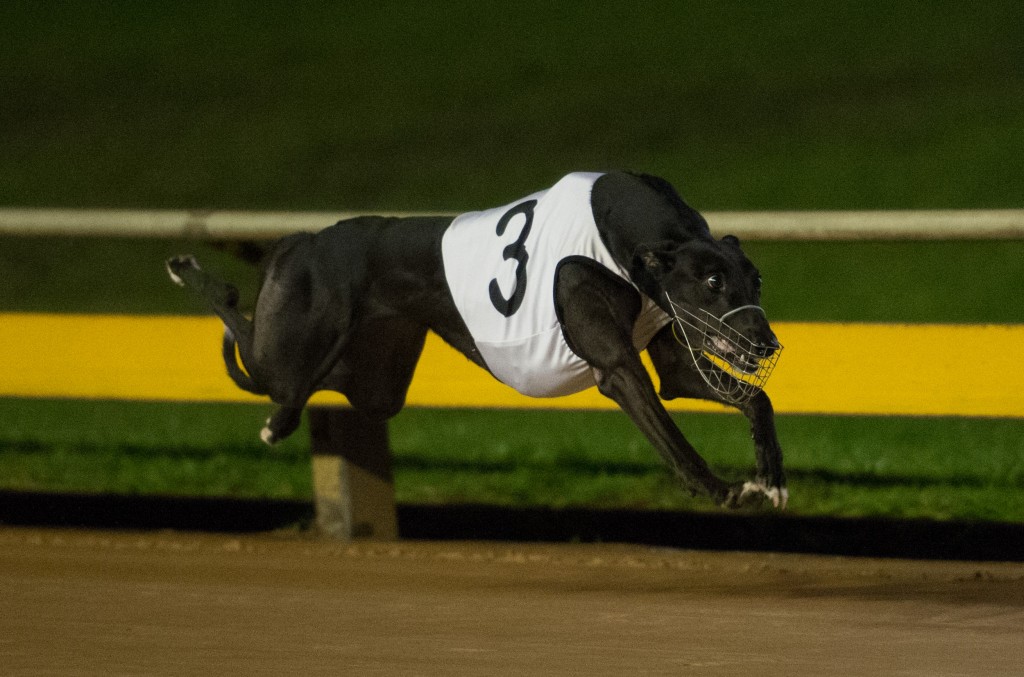 Outside Pass takes inside running

It was the Queenslander’s first foray in Victoria and trainer Tony Apap couldn’t have been more pleased by her efforts.

“She seemed to get a bit lost at the first turn and she’ll need to get out a bit quicker next week but I think she can.”

Outside Pass boasts 8 wins from 18 career starts and has reached the group 2 Richmond Oaks final and Golden Easter Egg semi final. Apap believes her record doesn’t show the greyhound’s ability and that this series will allow her to show what she is capable of.

“She has an enormous motor but hasn’t had a lot of luck.

“I mainly brought her down for the Sapphire Crown (the $145,000 group 1 for bitches only on 19 May), but if she trialled brilliantly and I didn’t have a go at this series I’d kick myself. The race is a great concept, it gives these sorts of dogs the chance to show how good they are.”

Outside Pass moved to third place on the Speed Star leader board behind track record holder Unlawful Entry and dual group 1 winner Dalgetty. However with Unlawful Entry committed to the Warrnambool Cup, Outside Pass has effectively moved to second place on and guaranteed a berth in the $61,000 group 3 final.

The Bill Collins Speed Star bring eight of the country’s fastest greyhounds together for a series of four, two dog match races. The winner of each match picks up $10,000 with the fastest greyhound on the night taking home an additional $15,000.

Nominations for the Bill Collins Speed Star close at midday on Friday 29 April. Bookings for the final qualifying session on Sunday 1 May close at the same time with the final field declared following the final nominated dog’s trial on Sunday.

Outside Pass runs 29.105 to qualify for the Bill Collins Speed Star