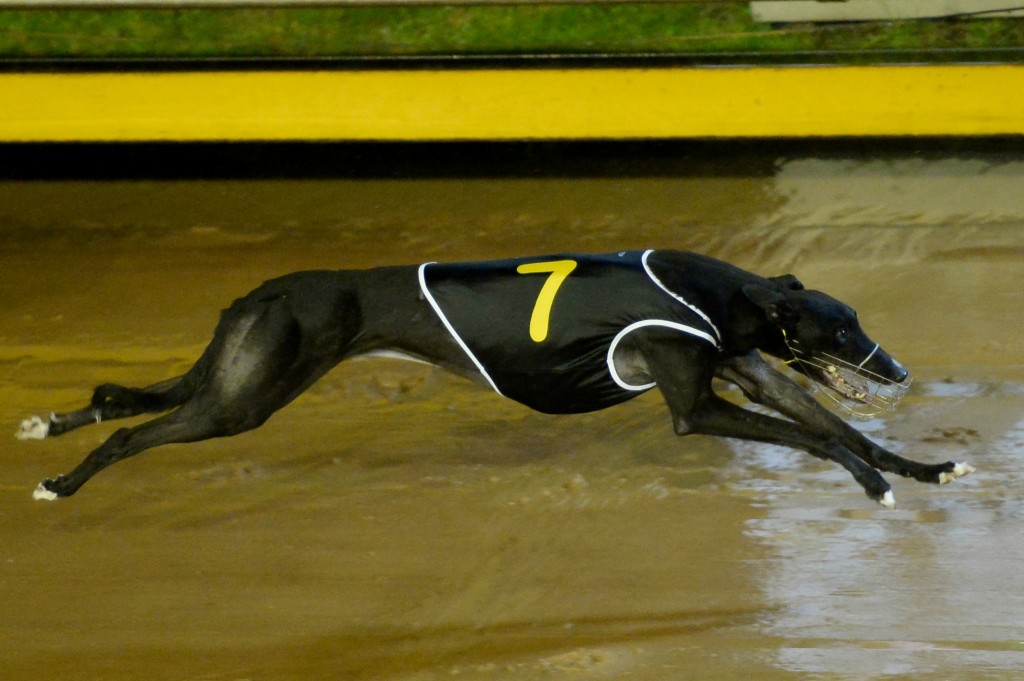 
Dual group 1 stayer No Donuts is on track for RSN927 Sandown Cup after an impressive victory over 595m at Sandown Park last night.

After a disappointing Bill Collins Speed Star trial over 515m last Sunday, trainer Anthony Azzopardi stepped No Donuts back up in distance where he would impressively claim his 24th career victory.

“It was really impressive,” Azzopardi said of No Donuts’ win on a night which saw 10mm of rain fall during the race meeting.

“I was a bit disappointed on Sunday when I trialled him – you wouldn’t believe it, it was the slowest he’s trialled in his life – but tonight he showed what he can do.”

No Donuts jumped only fairly before tracking around the field to find the lead the first time part the winning post. From there was never seriously challenged, going on to win by 2 lengths in 34.06.

“I’m not going to push him over the 700 until the time comes.

“The middle distance is perfect. He’s the type of dog that puts so much into it over the 700 that he doesn’t recover that well, it takes him a few days to get back to being himself. He’s not a stayer that you can keep up week to week, he needs a bit of break and he goes better that way. I’m picking and choosing his runs at the moment but when the time comes I’ll let him go and see what happens.”

Later in the evening, Azzopardi unveiled a potential star when Ultimate Magic recorded a brilliant all the way win in 29.325, the fastest time recorded on the night.

It was Ultimate Magic’s seventh victory in a row and 10th in 12 career starts overall. The performance was made all the more remarkable given it was not only the greyhound’s first trip to Sandown Park, but also his first attempt at the distance.

“I like to take my time with them. I probably take a bit more time than a lot of people but I like to be sure and tonight he was well and truly ready. I was a bit worried when it was raining tonight – I thought this probably isn’t going to be the track for him – but he finished it off a lot better than I thought. This was his first run over 500 tonight so it was pretty impressive.

“I think he’ll go on to bigger and better things if he keeps going the way he is. He’s going to Warrnambool on Wednesday and then we’ll see where we go from there.”

The win moved Ultimate Magic into 10th place in the Bill Collins Speed Star leader board with 10 days of qualification remaining.

Azzopardi’s double was one of three winning doubles on the night, with William McMahon and Andrea Dailly also leading home a pair of winners.

Just one winner came from box 1 meaning $250 will be donated to the RSL ANZAC Appeal as part of Greyhound Racing Victoria’s Red Dog Run campaign.

Sandown’s four-week May carnival features nine black type events and over $850,000 in prize money, culminating with the $250,000 RSN927 Sandown Cup on Thursday 26 May.