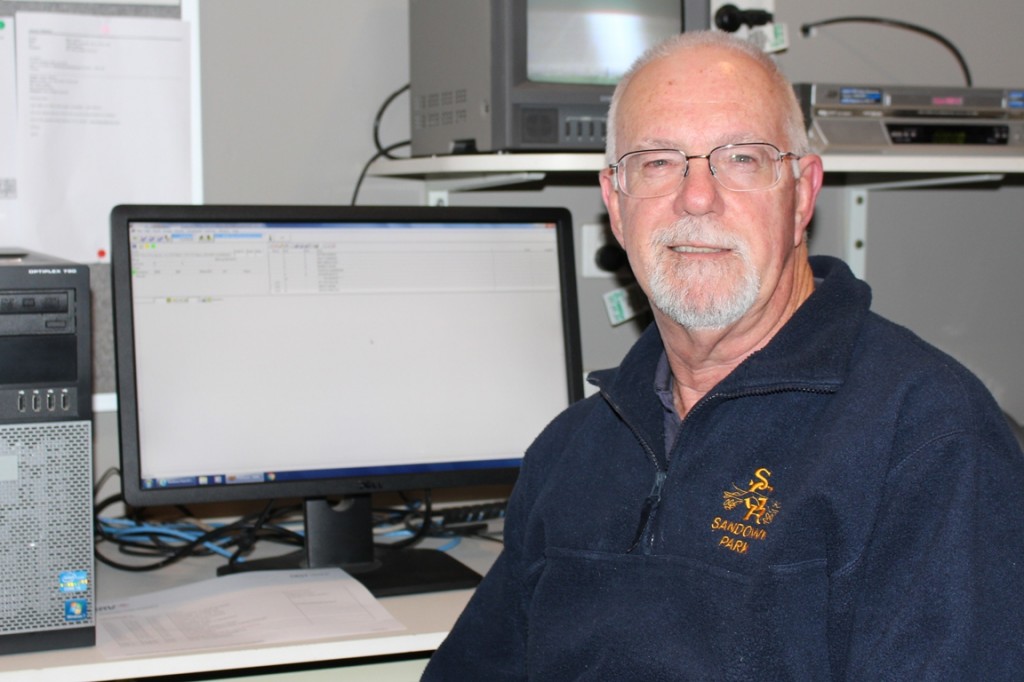 Pat’s time at Sandown Park began back in 1976 when the fresh-faced 25 year old was in need for extra cash and approached a family friend, Pat Campbell, about gaining some part time work at the track.

“I was getting engaged in July and thought I might get a part time job so came here. Marg Scarlett (then secretary) interviewed me and I started the next week,” said Ryan.

Over the following decade, Pat became a fixture in the office, filling a number of roles including grading. He then progressed to the prices (oncourse bookmaker prices would be communicated by phone to and from other tracks), and would relieve as the bookmakers supervisor and as an assistant judge. He assumed the role as chief judge around 20 years ago.

Since then, Pat has adjudicated over 16,500 races at Sandown Park, and proudly boasts a 100% strike rate.

The ‘we’ Pat refers to is his great mate Ian Uren who has occupied the chair next to Pat for the last 15 years.

“We’ve had our moments over the time,” Ian said with a laugh.

“Pat’s been great to work with, we actually gel really well together. There’s been a couple of times when things have gotten a bit hairy and tempers have flared but within a couple of races all’s forgotten. You can get a bit panicky sometimes because everyone is waiting on the result so you have to do things at speed and you have to get it right.”

“That is the most important part of the job, making sure you get it right. We’re fortunate with the equipment and technology we’ve got now, but it’s very easy to hit the wrong button so you have to be ultra careful and have full concentration. We say that to the young blokes when they come up, take your time and be careful.”

Fernando Bale, Carrington Jade and Jack are some of the best greyhounds Pat has seen in his time at Sandown Park, but unsurprisingly he nominates Bold Trease as the best dog he’s seen.

“There was something about him, the large crowds here cheering him on, being last at the post and picking them off one by one – 8th, 7th, 6th, 5th and flying over the top. He was an amazing animal a real thrill to watch.

“The atmosphere at the track has changed but the racing still the same. The dogs have got faster and the tracks have gotten better. It’s still enjoyable to come to the greyhounds, I still love doing it. I always have.”

After 40 years at the club, does Pat envisage chalking up his half century?

“I’ve got a few years in me yet. We’ll see what happens, but I’ll hang around for a little while.”

PAW NOTE:
Pat is one of four current staff members with more than 40 years continuous employment at the club (kennel staff Graeme Wright, Phil Skerrett and Bob Cooper are the others), and there are 14 staff members with 10 years or more service.