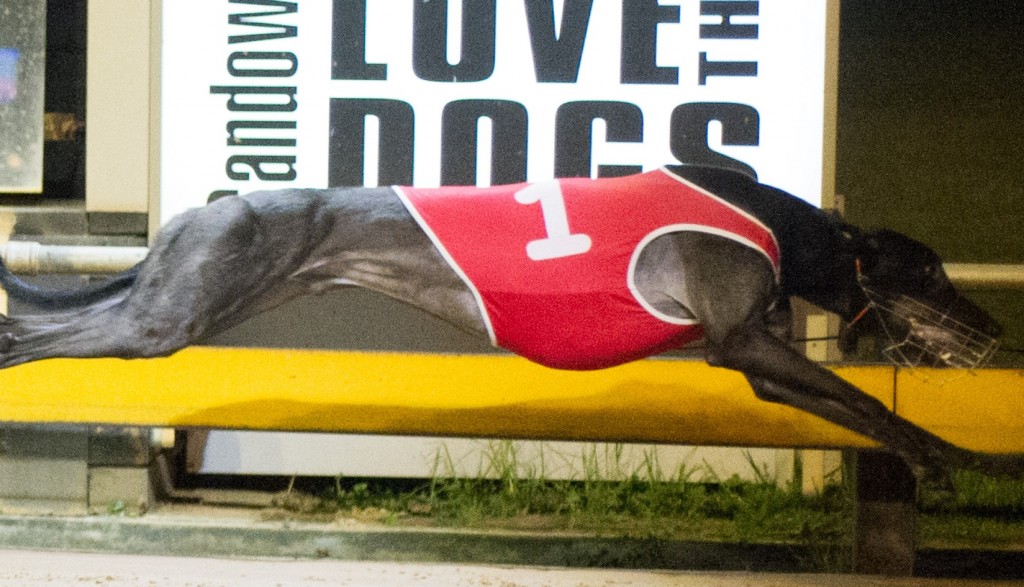 
Buck Forty looms as one of the winning chances in this Thursday’s Launching Pad final after taking full advantage of a rails draw to win his semi final 29.49 seconds.

Click here to find out all you need to know about what’s happening on Launching Pad night.

“He had to begin well and rail to be any chance in the race – when he settled second through the catching pen the only question was if he was going to run the leader down,” said trainer Jason Thompson.

“He’s still very new to racing and still learning how to get past other dogs, his semi-final win was great for his confidence – he’s a very capable dog though lacks a bit of early speed.”

Although only winning one of his first eight starts, Thompson was confident Buck Forty was going to be competitive in the series.

“When he ran 29.85 at The Meadows I knew he was a dog with plenty of ability – though he’s been a bit awkward and green.”

Buck Forty made the most of box one in his semi-final and will be hoping to duplicate the effort having drawn box one in the $220,000 final.

“A good draw helped him get in the final – he’s not the fastest dog in the final but does know how to come from behind.

“When you draw the red you’re always a chance – if he does everything right he’s likely to run a place.”

Thompson believes Major Jackpot is the main danger in the race.

“Major Jackpot went really well but it’s hard for a dog to back up and effort like that – if he brings his best he’s going to be very hard to beat.”

Thompson is one of the country’s most respected trainers and boasts an ultra long list of achievements.

“I’d get good satisfaction winning the race with this dog – it’s satisfying to win races with dogs that aren’t expected to win.”

This Thursday night’s Launching Pad final promises to be one of the best the series has seen, it runs in conjunction with the club’s Easter Kids Fun Night – click here for details.